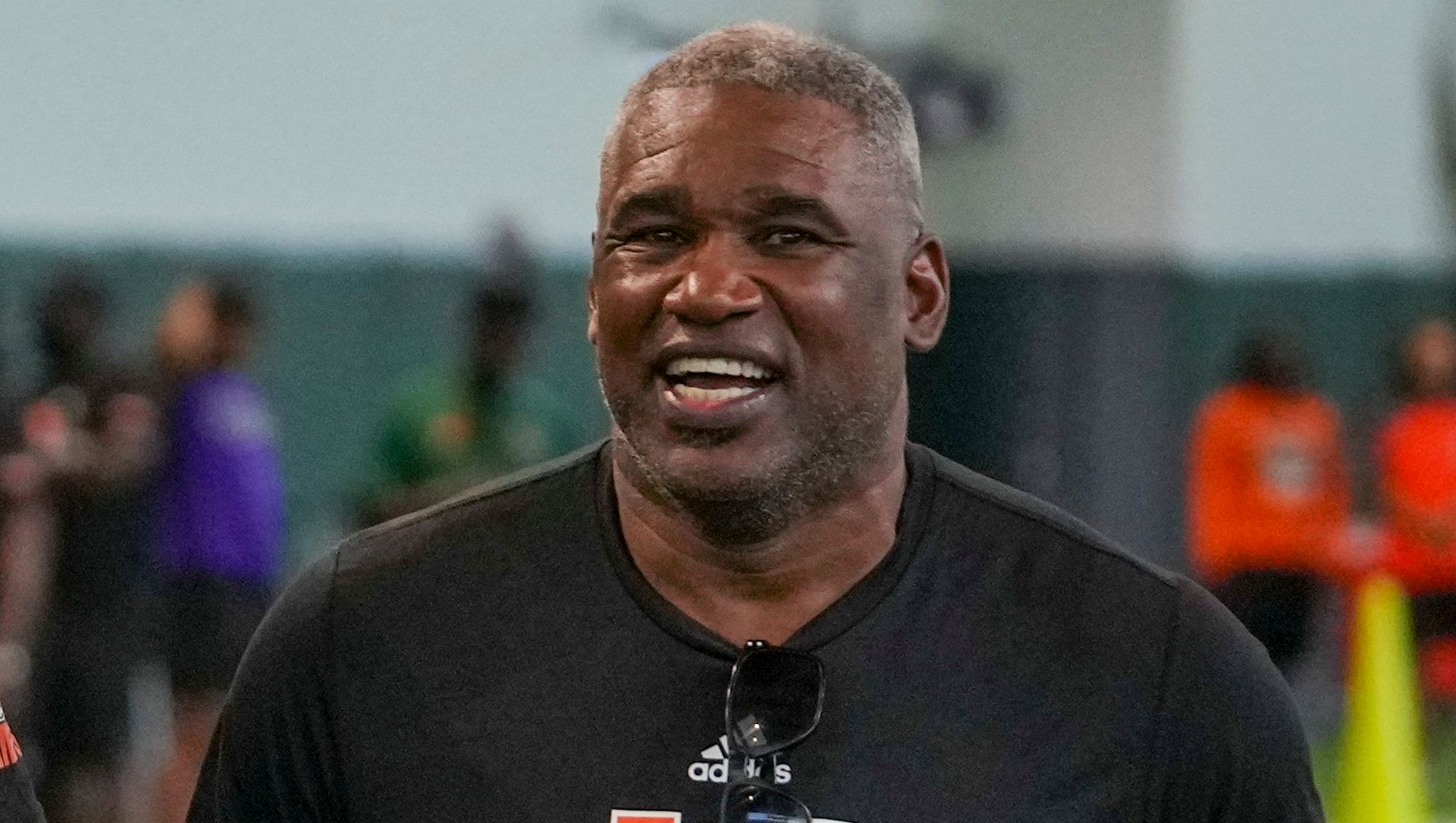 University of Miami Sports Hall of Fame member Alonzo Highsmith will serve as the celebrity host of the UMSHoF’s 12th Annual Celebrity Bowling Tournament on Monday, February 27, from 6-9 p.m., at Kings Dining and Entertainment in Doral.

“It’s an honor to be a part of this year’s bowling tournament as its host,” said Highsmith, who currently serves as Miami’s General Manager of Football Operations. “I’m forever grateful to the University of Miami, its fans, and the Hall of Fame. I look forward to seeing everybody there at the tournament.”

A portion of the proceeds will benefit the Russell Education Foundation, founded by former Hurricanes and Dolphins linebacker Twan Russell in 1998 to help low-income students with after school and summer learning programs.

“As we prepare for the 12th year of our annual celebrity bowling tournament, we’re excited to be partnering this year with the Russell Education Foundation. We’re also pleased to announce that this year’s host will be UM Sports Hall of Famer Alonzo Highsmith,” said bowling tournament chairman Gerard Loisel.

Teams start at $500 for four bowlers, regular sponsor lanes are $1,200 and premium sponsor lanes are $1,700. A Satellite Team, which can bowl anywhere around the country on the same day, is $350. Social tickets can be purchased for $50 for adults and $25 for children over 10, or a Family Pack that includes two adults and two children for $125. This year, a portion of the proceeds from the event will go to the Russell Education Foundation.

For more information on being a sponsor, bowling teams and social tickets, go to CanesBowl.com or call the Hall of Fame at 305-284-2775. 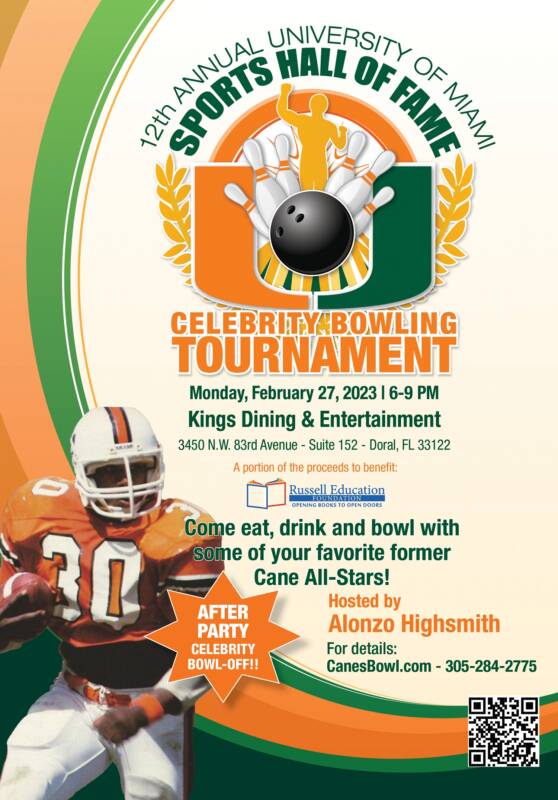