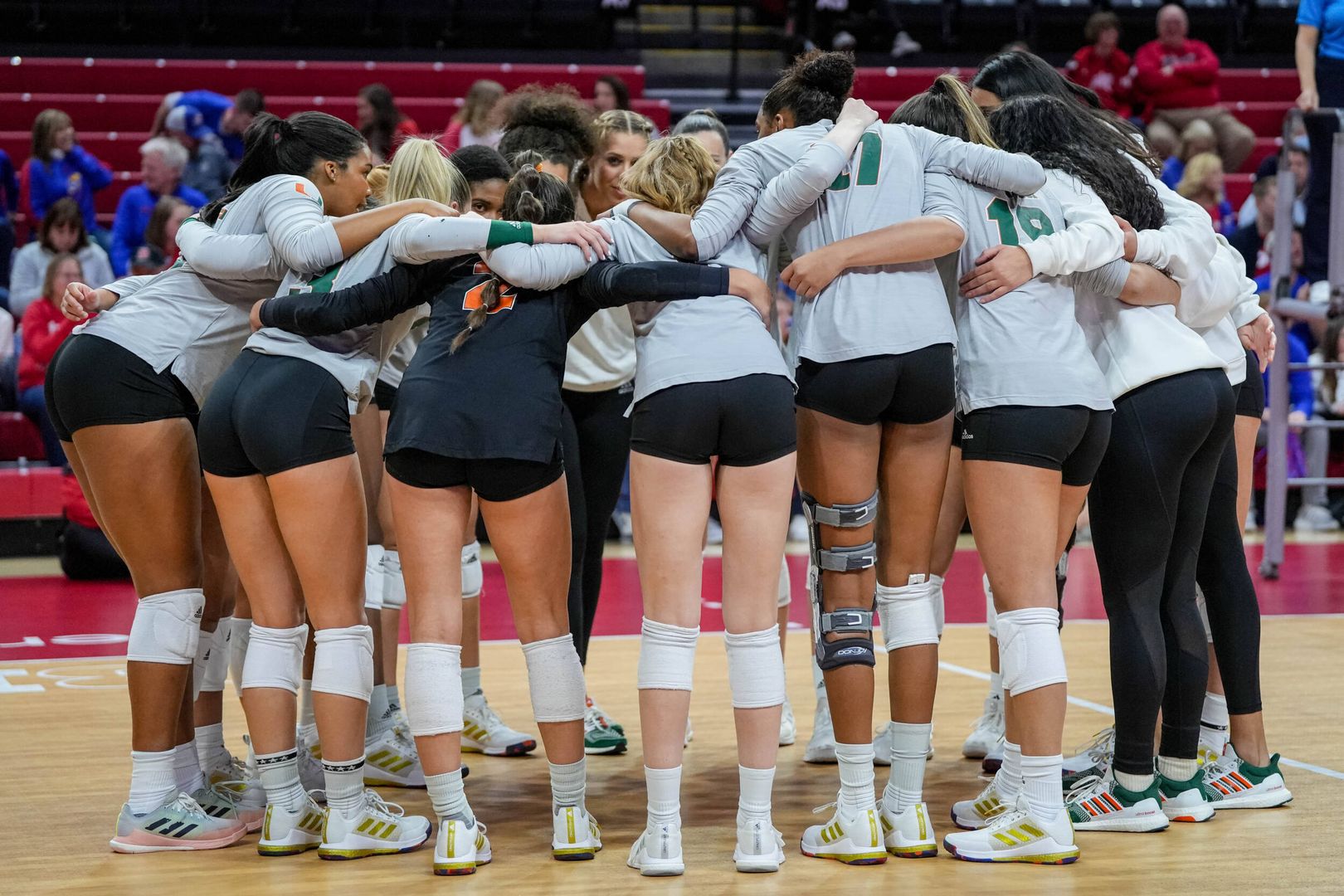 LINCOLN, Neb. – The University of Miami volleyball team came up short in the first round of the 2022 NCAA Division I Volleyball Championship, falling in straight sets to the Kansas Jayhawks Thursday evening at the Bob Delaney Sports Center.

“I can’t say enough positive things about this group,” Miami head coach Jose “Keno” Gandara said. “It’s been an unbelievable ride from the beginning. I’m super proud of their commitment to this program. We have a number of them that have been around for a while, and their impact has been incredible.” 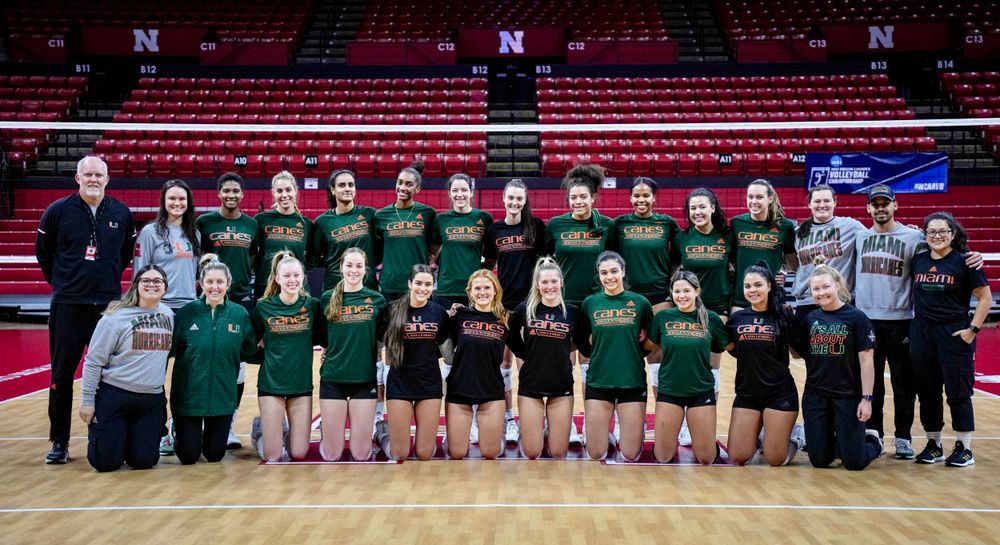 The Jayhawks’ momentum continued into set two as they began the frame with back-to-back aces and jumped out to a 10-3 advantage.

Miami managed to cut the deficit to four at 11-7, and again at 20-16, but would not get any closer as Kansas doubled its lead with a 25-18 second-set victory.

Two early kills from Heredia Colon helped the Hurricanes grab a 5-2 lead to start set three. But Kansas once again took back the momentum and eventually the match, winning the set 25-20.

“I am just really excited for the group moving forward,” Gandara added. “I know this experience right now stings quite a bit and it’s hard to put into words, but I know them. I know where they have been and what they want. I just can’t wait to get back at it and go back into this.”