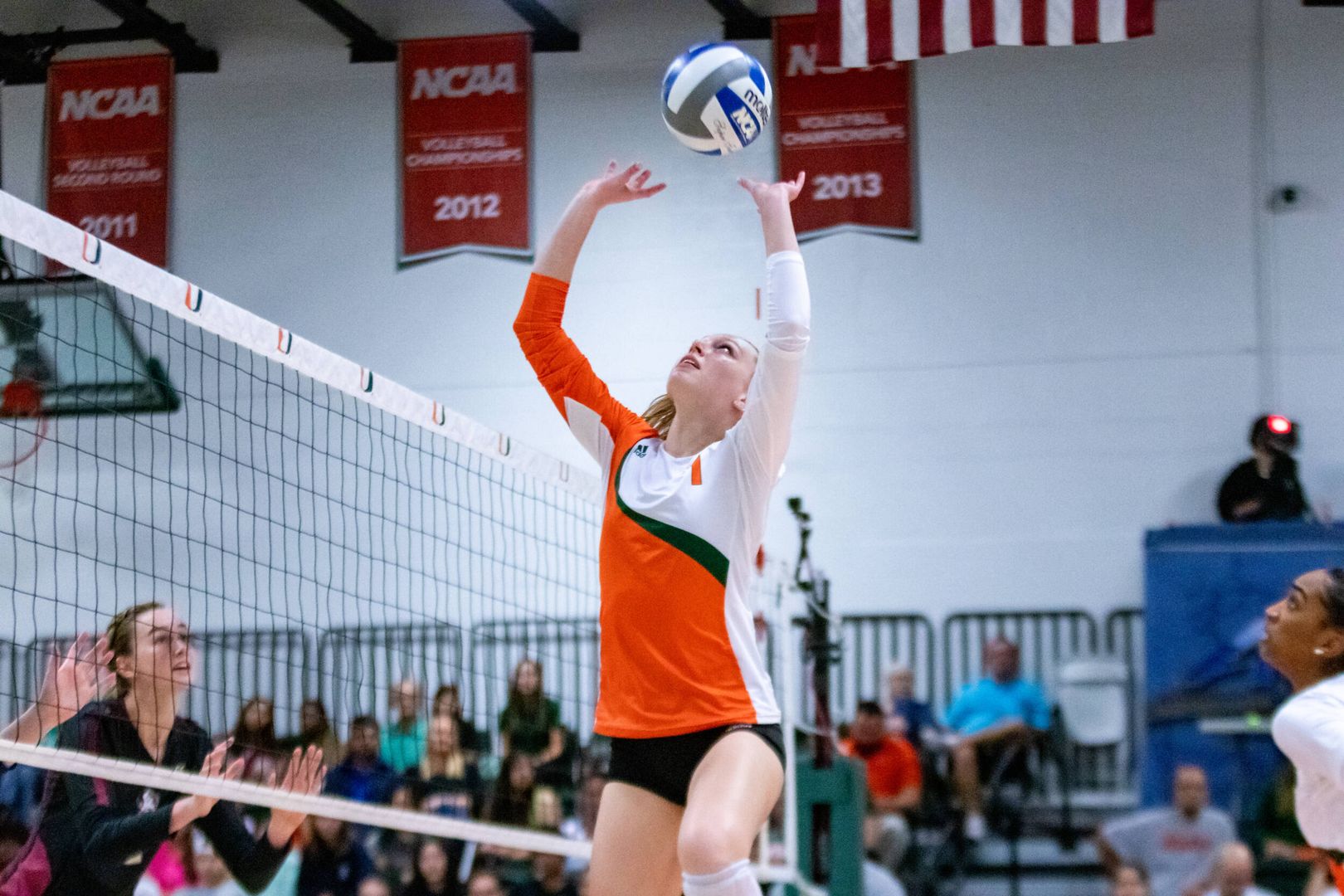 Vach finished with a match-high 27 assists, three digs, one kill, and one block. Sophomore outside hitter Nyah Anderson recorded seven kills and hit .600.

Freshman outside hitter Audrey Rothman paced the visitors with 13 kills.

Miami finished its season winners in six of its last seven matches, including a 3-1 home victory over No. 10 Georgia Tech.