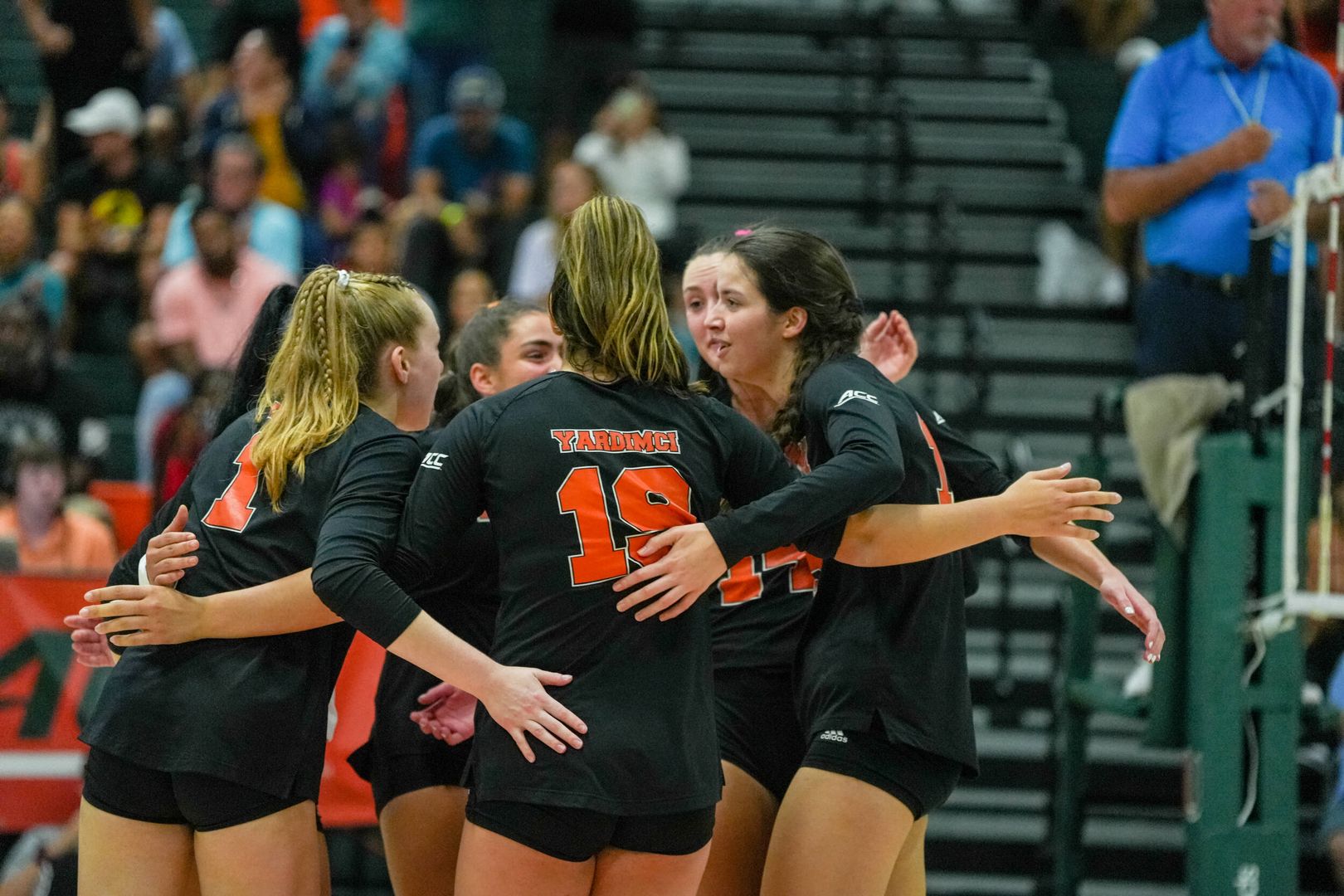 Clemson, S.C. – After a thrilling five-set home win over Clemson last Sunday, the University of Miami volleyball team recorded yet another win against the Tigers, tallying 16 total team blocks en route to a 3-1 victory Friday night at Jervey Gym.

Senior middle blocker Abby Casiano put forth a stellar performance for the visiting Hurricanes with eight kills on an efficient .533 hitting percentage.

In set two, it was the Hurricanes that found themselves in a hole, down 20-14. But they battled back and closed out the frame with a dominant 11-1 run to win the set 25-21 and tie the match.

Senior setter Savannah Vach, who entered the match first in the ACC in total assists and assists per set, registered a team-high 43 assists, 11 digs, and five blocks.

Camryn Hannah once again paced the Tigers with 16 kills while Mckenna Slavik finished with a match-high 44 assists.

Miami returns home to the Knight Sports Complex Friday, Nov. 18 to host Syracuse. First serve is set for 7 p.m. and will be broadcast live on ACC Network Extra.