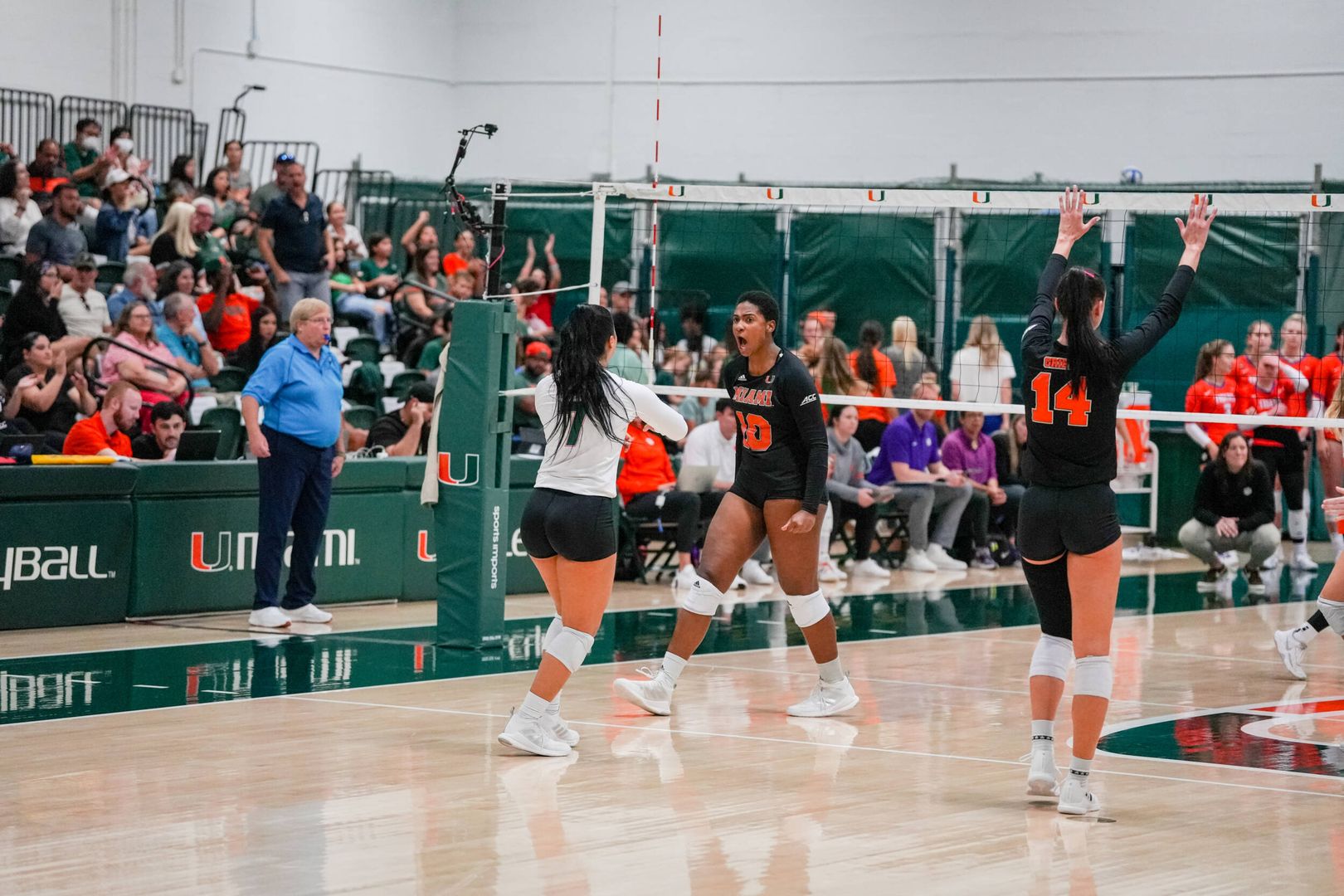 Redshirt junior outside hitter Angela Grieve recorded five of her match-high 21 kills in the fifth set to lead Miami (16-9, 9-5 ACC) to victory.

After dropping the opening set, 25-19, Miami scored six straight points to take a 10-4 second-set lead, before finishing off the frame with a 9-1 run for a wire-to-wire 25-14 victory.

Tied at 21-21 with its back against the wall, the Hurricanes rattled off four straight points to win set four and force a fifth.

A 5-0 run from Miami erased Clemson’s early advantage and gave the hosts a 6-3 lead. With Miami on the brink of victory, the Tigers staved off four match points before senior middle blocker Janice Leao secured the win with a powerful kill.

Leao finished with 15 kills and seven blocks and freshman outside hitter Flormarie Heredia Colon had 13 kills to complete a 31-kill weekend.

Senior middle blocker Abby Casiano notched a season-high 10 blocks to lead the Hurricanes at the net.

Camryn Hannah paced the Tigers with 18 kills while Mckenna Slavik finished with a team-high 48 assists.

Next up for Miami is a rematch with Clemson Friday, Nov. 11 at Jervey Gym. First serve is set for 7 p.m. and will be broadcast live on ACC Network Extra.