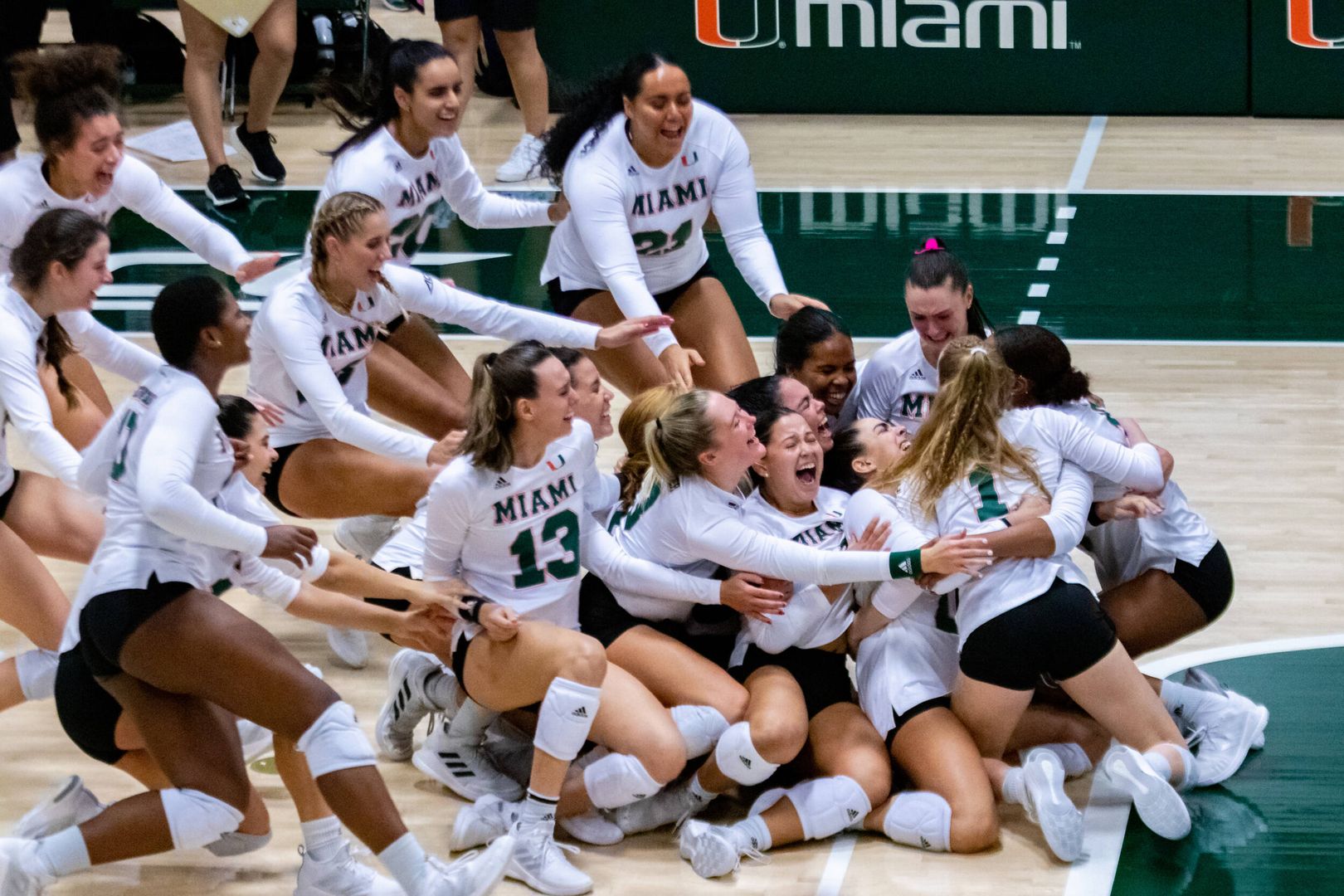 CORAL GABLES, Fla. – The University of Miami volleyball team stormed back from a 1-0 deficit to knock off No. 10 Georgia Tech, 3-1, Friday evening at the Knight Sports Complex.

“This was an important match against a good team and our players knew it,” Miami head coach Jose “Keno” Gandara said. “I am so proud of them. They were tough, they were able to manage their emotions and their game and it paid off.”

Miami matched the Yellow Jackets’ intensity from the start of the match and used an 8-2 run to open up a 15-12 lead in set one.

But Georgia Tech responded quickly. Down 16-13, the visitors scored eight straight points and closed out the frame on an extended 12-2 run to take the opening set 25-18.

From that moment on, Miami won three consecutive sets each by a three-point, 25-22 margin, to shock the Yellow Jackets and claim the top-ten victory at home.

Miami got its eighth win in conference play and its first triumph over a ranked opponent this season.

“It was a team win,” Gandara said after the victory. “We trained well this week and to be able play well tonight is a good sign. We are going to enjoy the win, learn from it, and then get ready for another tough matchup against Clemson on Sunday.”

Miami hosts Clemson (12-13, 3-10 ACC) Sunday, Nov. 6 at the Knight Sports Complex. First serve is set for 1 p.m. and will be broadcast live on ACC Network Extra. Admission is free.