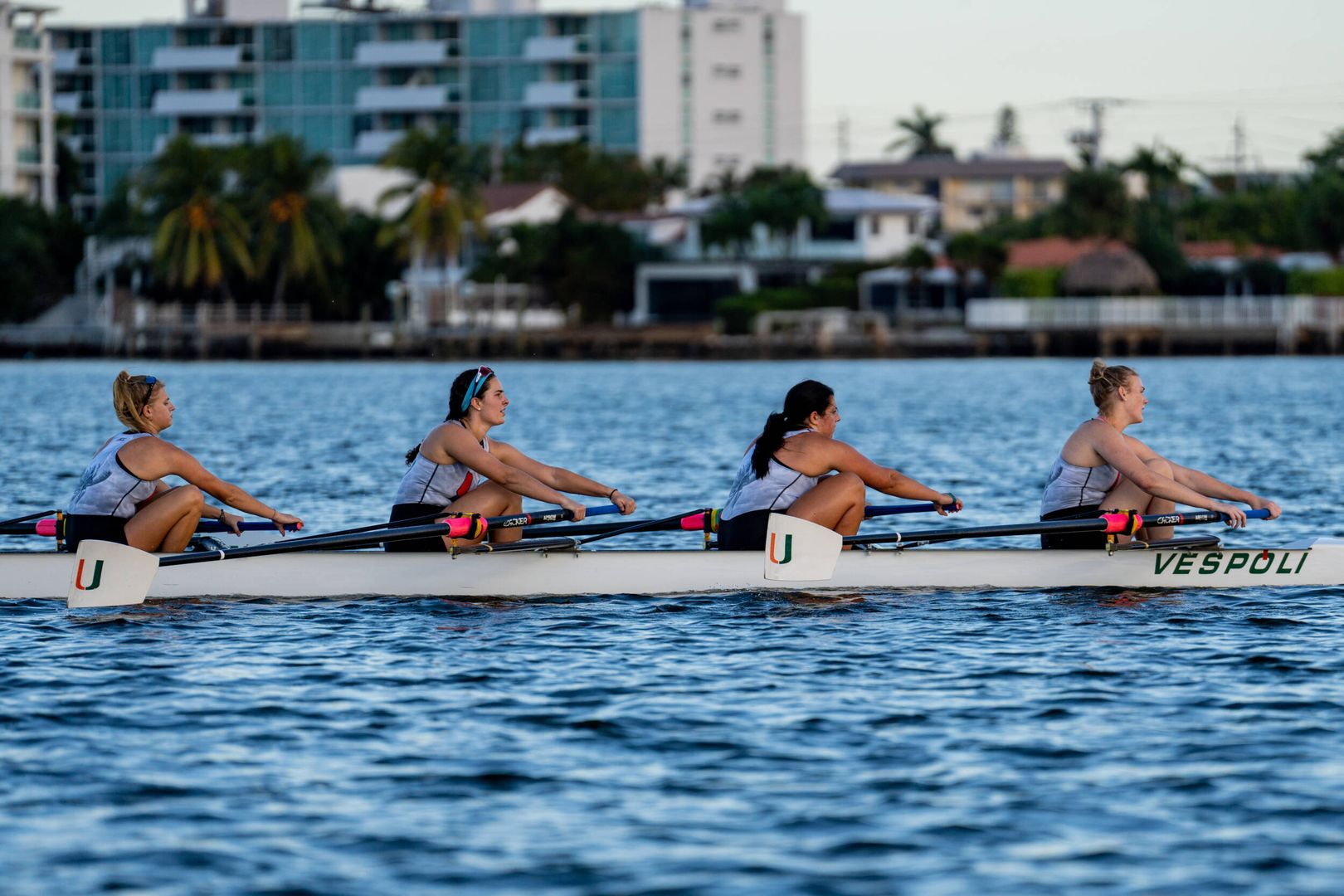 TUSCALOOSA, Ala.- The Miami Hurricanes wrapped up their fall season Saturday morning at the Head of the Black Warrior River against Alabama, Clemson, Oklahoma and Louisville hosted by the University of Alabama.

“I thought this was a fun and productive trip that gave us a lot of information on what has proved successful and what hasn’t this fall, plus it provided our novices with their first-ever collegiate competition,” Head coach James Mulcahy said.

Miami began the head race sending four Varsity 4s onto the water, with a total of twenty boats competing. The Canes A crew crossed the finish line with a time of 18:43.5, placing ninth. Thirteen boats from the five schools competed in the Varsity 2s and Miami’s A crew took seventh place crossing the line in 19:45.0.

“The varsity athletes felt they had some up-and-down performances during the 3-mile head-race in small-boats, but that they made some effective adjustments for the 1500m pieces which resulted in much better competitive performances.”

The race concluded with the Novice 8s, with Miami’s boat coming in with a time of 20:44.0.

“Regarding our novices, I thought they did a great job keeping their focus internal and making their boat go as fast as it could over the 3-mile distance, and hopefully they had fun doing the 1500m pieces afterward and learned the importance of pushing hard with crews next to them doing the same thing. Novice programs are incredibly important to Division I rowing, our program included, so I sincerely hope they enjoyed their first regatta and are excited to earn more opportunities like this in the spring.”

“It was great to see them learn, adjust, and improve as racing went on, and I’m excited to see what they do over the next few months of training so that they’re ready to have a great spring season. Many thanks to the University of Alabama and their staff for putting on a great regatta and providing such a robust series of racing opportunities for our entire team. Go Canes!””

The Hurricanes will start the spring season in their home state on Saturday, March 4 on the road at Stetson.