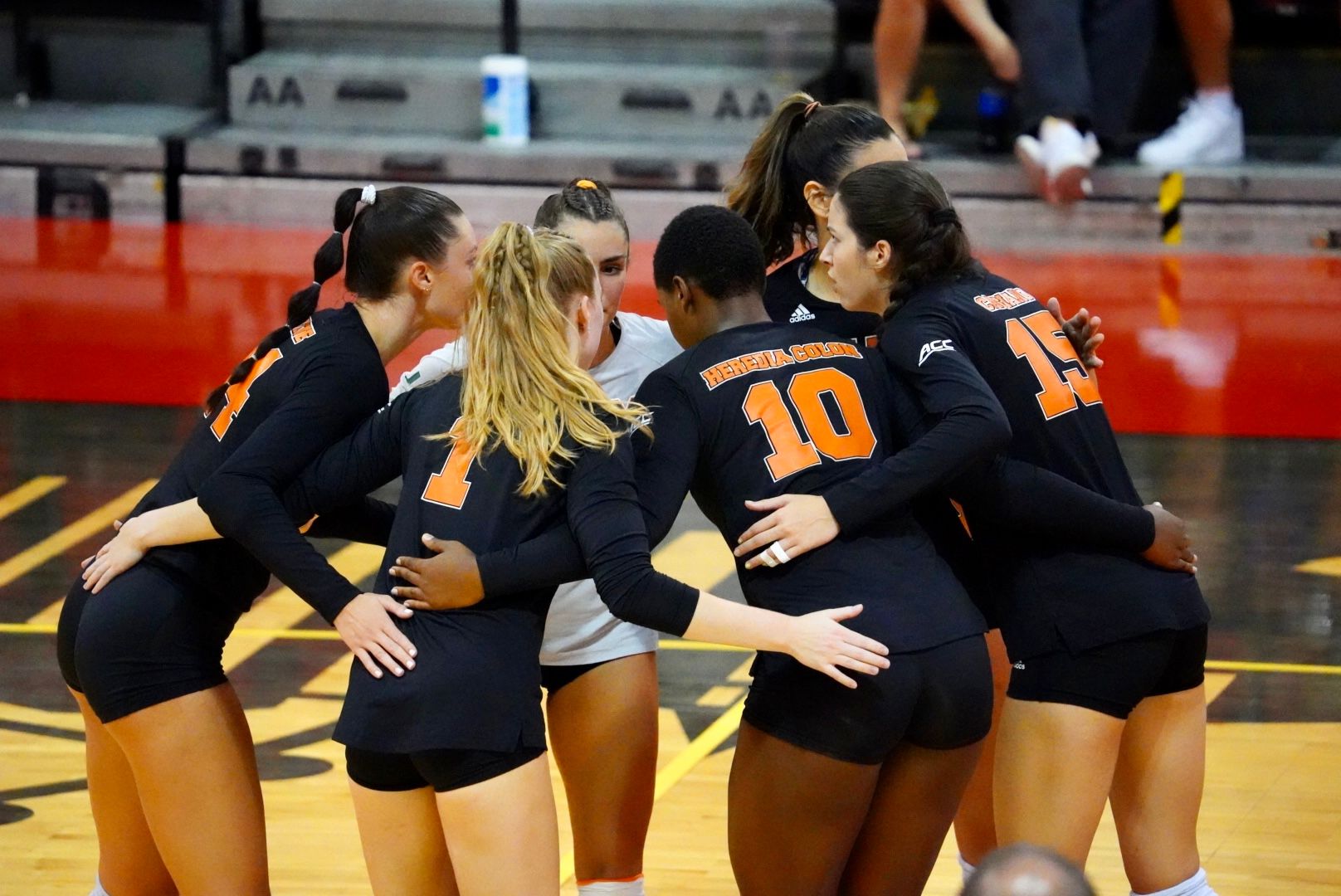 But Miami battled back.

Boston College then controlled set three, winning 25-17, and erased Miami’s 19-14 advantage in the fourth set to down the Hurricanes, 3-1.