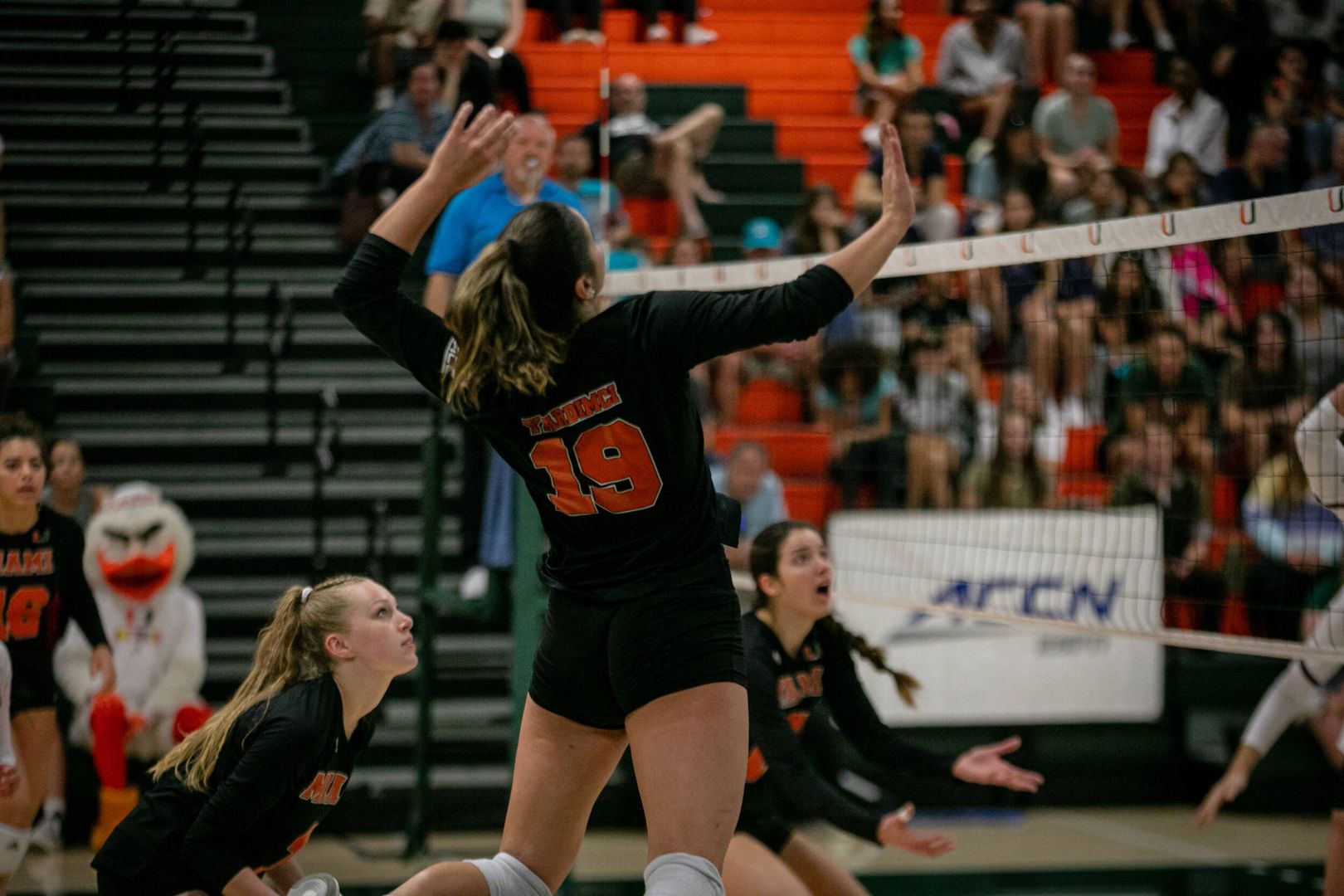 CORAL GABLES, Fla. – The University of Miami volleyball team hit a season-best .425 to grab its third straight ACC win with a 3-0 sweep of Virginia Tech Sunday afternoon at the Knight Sports Complex.

Miami (13-8, 6-4 ACC) grabbed the momentum early, taking an 11-5 lead in set one. The Hurricanes’ advantage grew to as many as 11 after back-to-back kills from redshirt junior outside hitter Angela Grieve.

Six of Grieve’s match-high 10 kills came in the opening frame as she guided Miami to a 25-14 victory.

The second set brought on more of the same for Miami. Sophomore libero Yaidaliz Rosado opened the set with an ace and the Hurricanes jumped out to a quick 8-2 lead.

Virginia Tech (9-12, 2-8 ACC) never cut the margin closer than four and Miami continued its dominance with a 25-16 second-set win.

In the following frame, it seemed as if Miami would coast to a sweep. Yet again, the Hurricanes found themselves with an early cushion, leading 9-4 after a Casiano kill.

But the Hokies battled back. A 9-2 Virginia Tech run flipped the scoreboard and gave the visitors a 13-11 lead.

Later in the set, down 17-15, Miami responded with a run of its own, scoring eight straight points to take a 23-17 lead.

The Hurricanes eventually closed out set three, 25-20, to go 2-0 on the weekend.

Miami continues conference play on Oct. 28 when it travels to Chestnut Hill, Mass. to take on Boston College. First serve is set for 7 p.m.