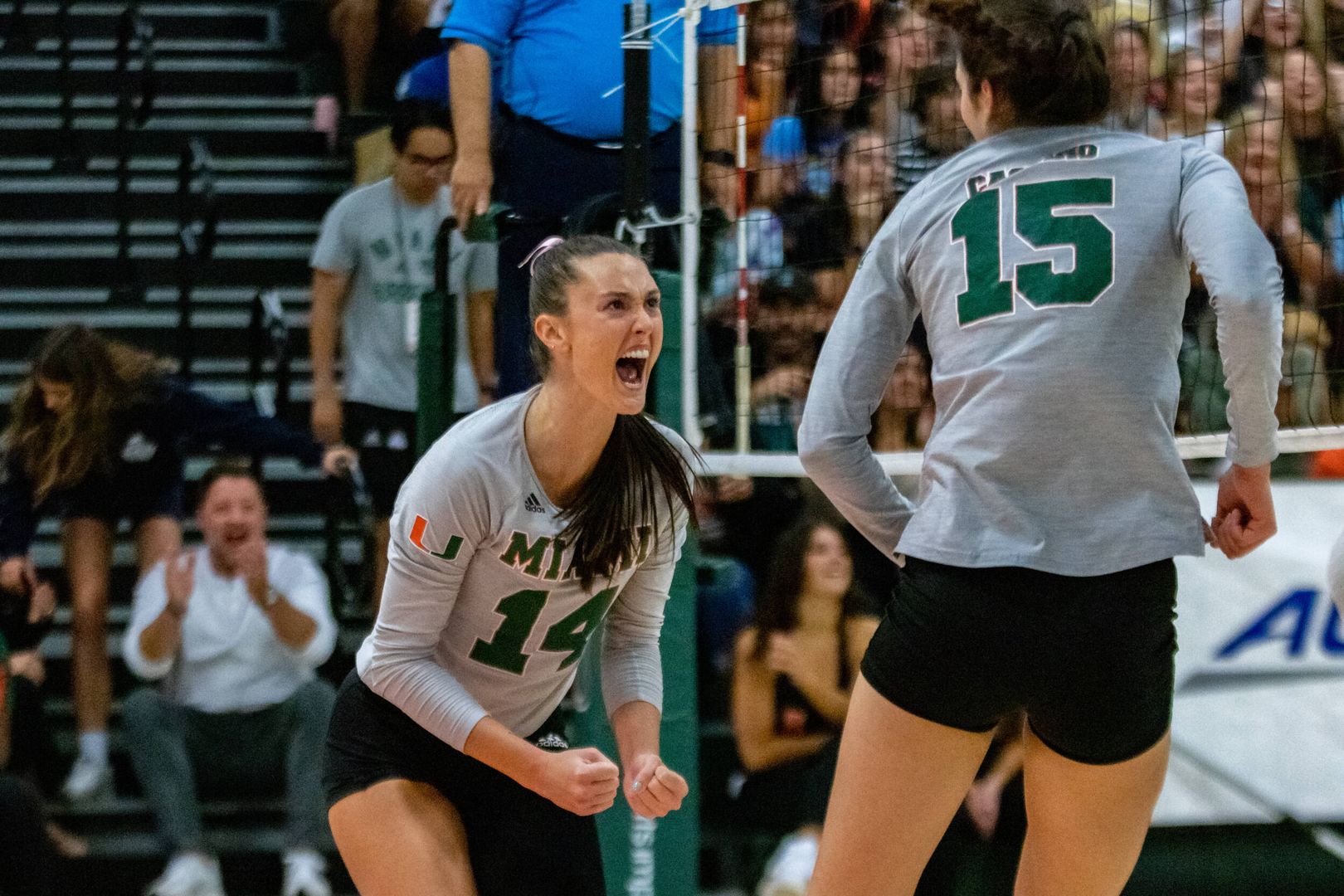 CORAL GABLES, Fla. – The University of Miami volleyball team earned its fifth ACC win of the season with a 3-0 sweep of Wake Forest Friday evening at the Knight Sports Complex.

“It was a good team performance,” Miami head coach Jose “Keno” Gandara said. “We executed the game plan well and stayed composed throughout the match. We’ve been training well so it was nice to see that carry over into tonight.”

In the following frame, the Hurricanes grabbed another early advantage, 6-2. But this time, Wake Forest (12-8, 4-5 ACC) managed to fight back.

The Demon Deacons used an 8-2 run to take a 16-14 lead. With the set tied 21-21, senior middle blocker Janice Leao tallied two of her 10 kills and a block assist to help secure a 25-23 second-set victory for Miami.

In the third set, Miami got off to yet another hot start, taking a 6-1 lead. The Canes didn’t look back and cruised to a 25-20 win in set three to sweep the Demon Deacons.

Additionally, every Hurricane who entered the match logged at least two digs.

Miami is back in action Sunday, Oct. 23 when it hosts Virginia Tech at the Knight Sports Complex. First serve is set for 1 p.m. and will be broadcast live on ACC Network Extra.