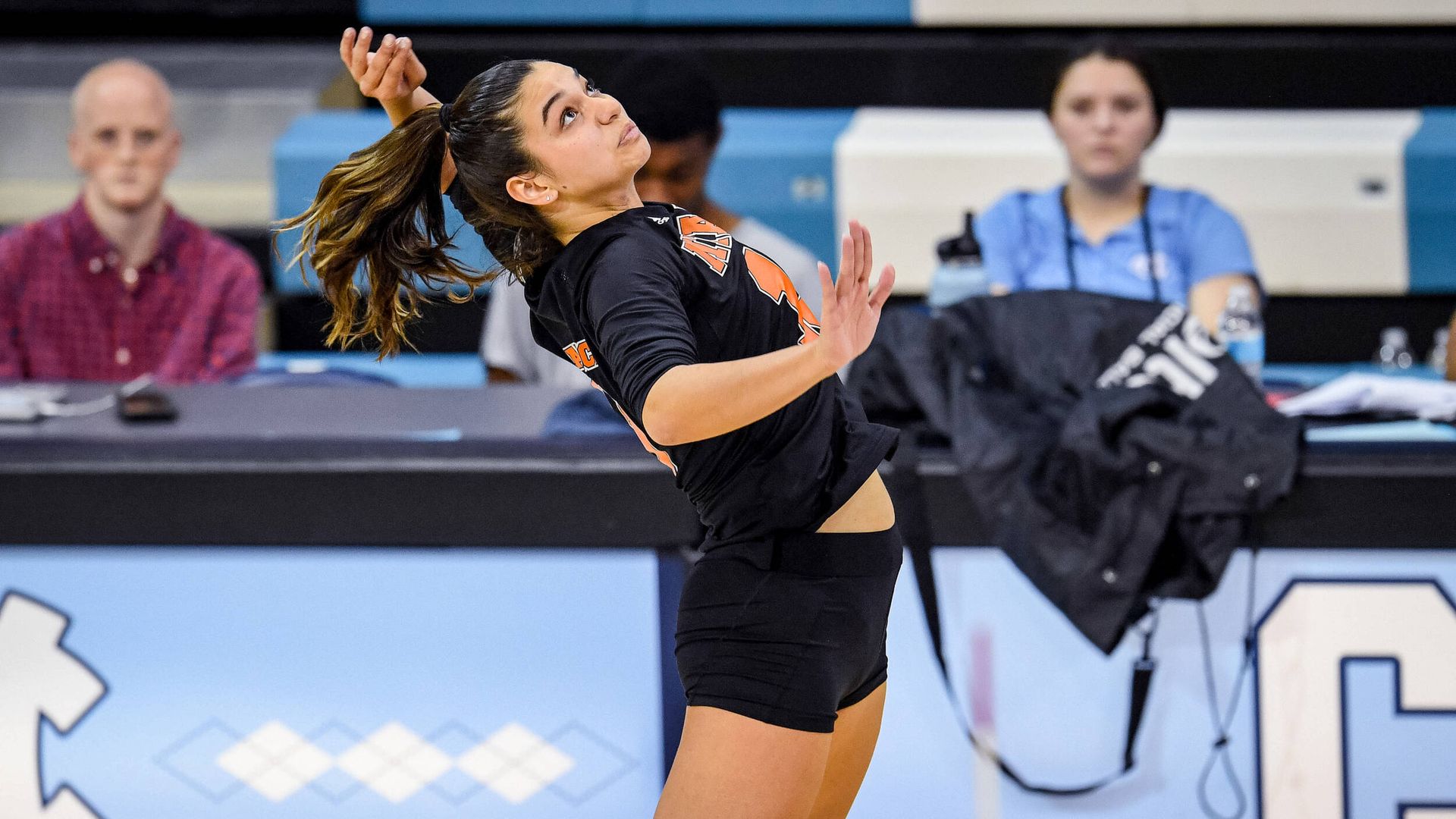 CHAPEL HILL, N.C. – The University of Miami volleyball team registered a 3-1 victory over North Carolina Friday night at Carmichael Arena for its first conference road win of the season.

“I like the way we competed tonight,” Miami head coach Jose “Keno” Gandara said after the victory. “We were focused and composed from start to finish. North Carolina put a lot of pressure on our passers but we hung in there and Savannah (Vach) was able to run our offense as planned.”

Grieve would eventually seal the victory with a kill to win a back-and-forth fourth set – which featured eight ties and three lead changes – 25-23, and the match 3-1.

“I think tonight we kept our composure in high-stress situations and played well as a team,” Grieve said. “Things are starting to come together and I’m proud of this big road win.”

Miami is back in action Sunday, Oct. 2 when it takes on NC State at Reynolds Coliseum in Raleigh, NC. First serve is set for 2 p.m., and the match will air on ACC Network.