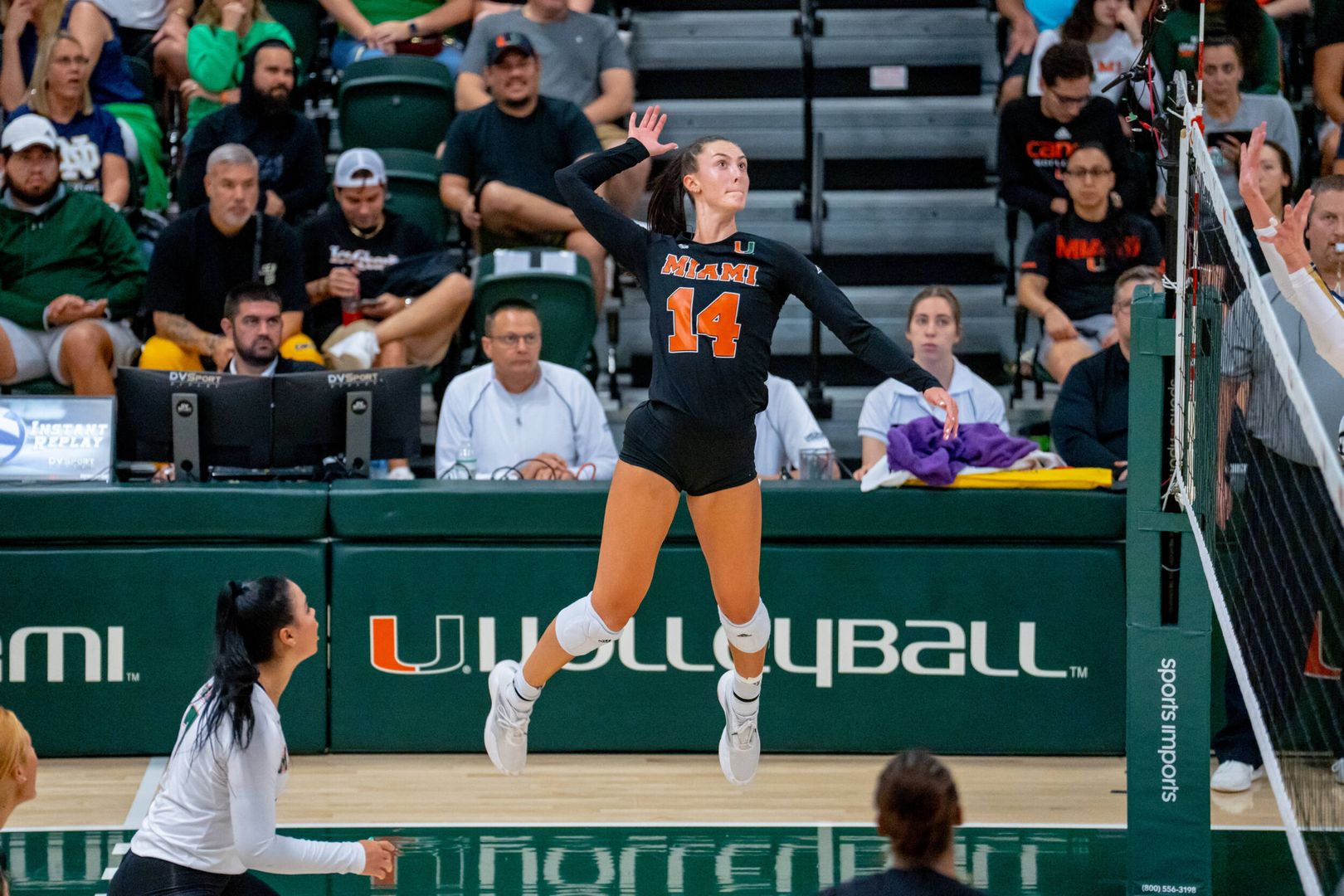 CORAL GABLES, Fla. – The University of Miami volleyball team recorded a thrilling 3-2 victory over Notre Dame for its first conference win of the season, Sunday afternoon at the Knight Sports Complex.

Miami (8-5, 1-1 ACC) dominated the opening two sets, 25-13, and 25-12, respectively, but Notre Dame (5-7, 0-2 ACC) rallied to force a decisive fifth set. The Fighting Irish opened up a 7-5 lead in the fifth, but the Hurricanes fought back as senior Abby Casiano found freshman Flormarie Heredia Colon for the match-clinching kill, to seal the victory with a 15-13 fifth-set win.

“I’m proud of how our girls stayed focused throughout the match,” Miami head coach Jose “Keno” Gandara said after his team’s first ACC victory of the year. “Give credit to Notre Dame. They showed a lot of fight, but I’m happy with the way our team stepped up in the fifth set to give us the win.” 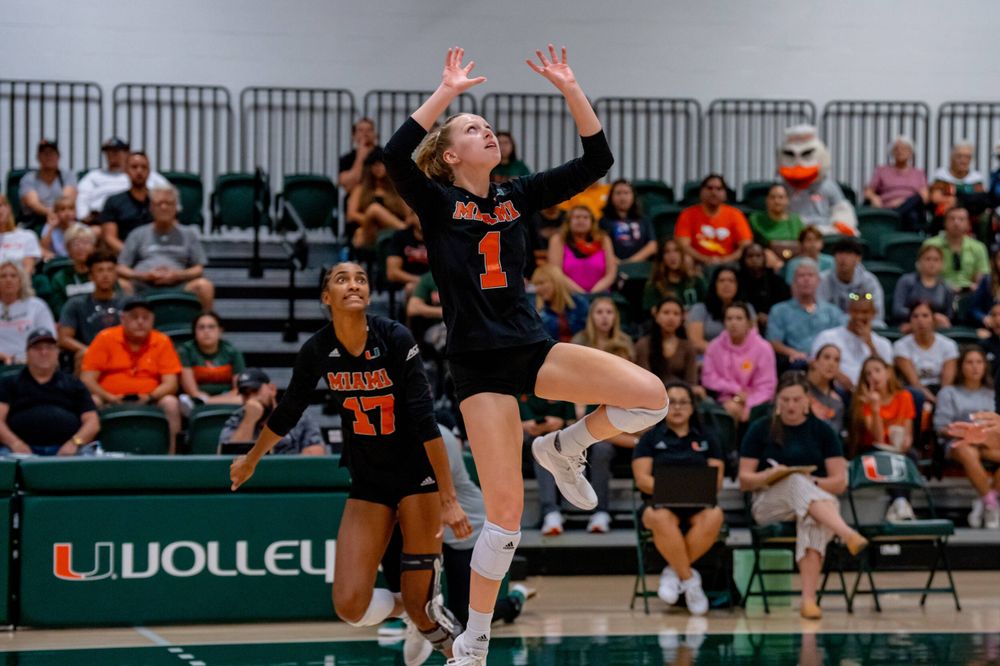 For the Hurricanes, senior setter Savannah Vach did a bit of everything, stuffing the stat sheet with 55 assists and a season-high 22 digs, each team-bests. The Winter Springs, Fla. native added a season-high two kills, and four total blocks.

A superb six-kill showing in set two from Casiano doubled Miami’s advantage. Then, in the third set, Miami trailed by one, 21-20, but a subsequent 4-0 run from Notre Dame gave the visitors a 25-20 set three victory.

In the fourth, the Canes again found themselves with a chance to close out the match, but the Fighting Irish rallied all the way back from a 20-12 deficit to win the set, 28-26, and force a final set.

Miami came back in the fifth set – which featured seven ties and two lead changes – with a renewed sense of urgency, edging Notre Dame 15-13 to seal the victory. 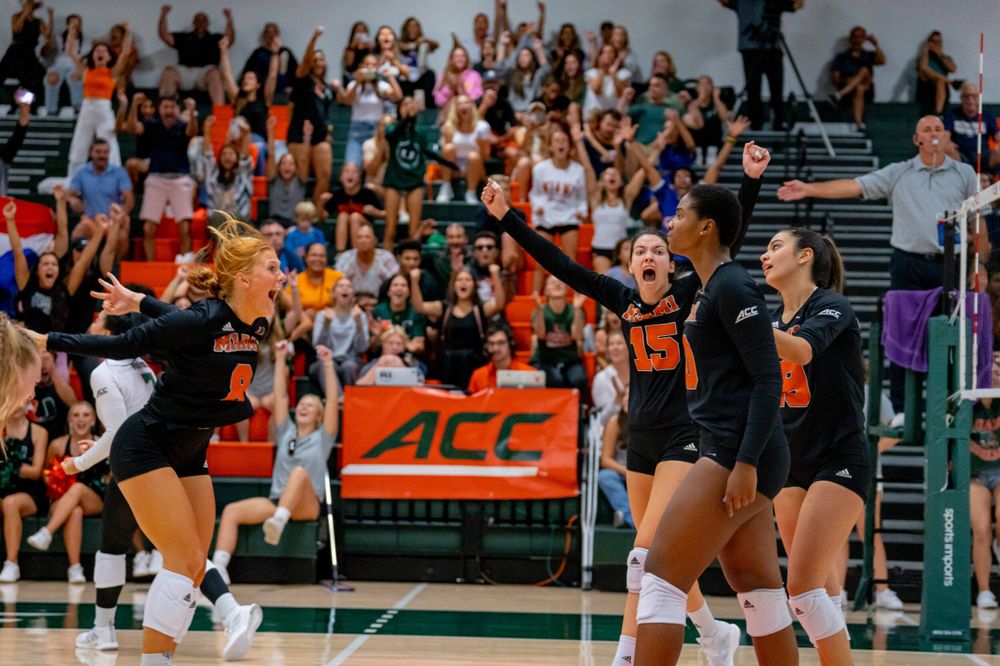 “Volleyball is a game of momentum,” Gandara said. “Especially in our conference, you always have to keep the pressure on and play well. It’s a long season and each match presents a different challenge.”

Miami’s next challenge comes on Friday, Sept. 30 when the Canes travel to Chapel Hill, NC to take on North Carolina in the team’s first road trip of conference play. First serve is set for 6 p.m., and the match will air on ACC Network Extra.