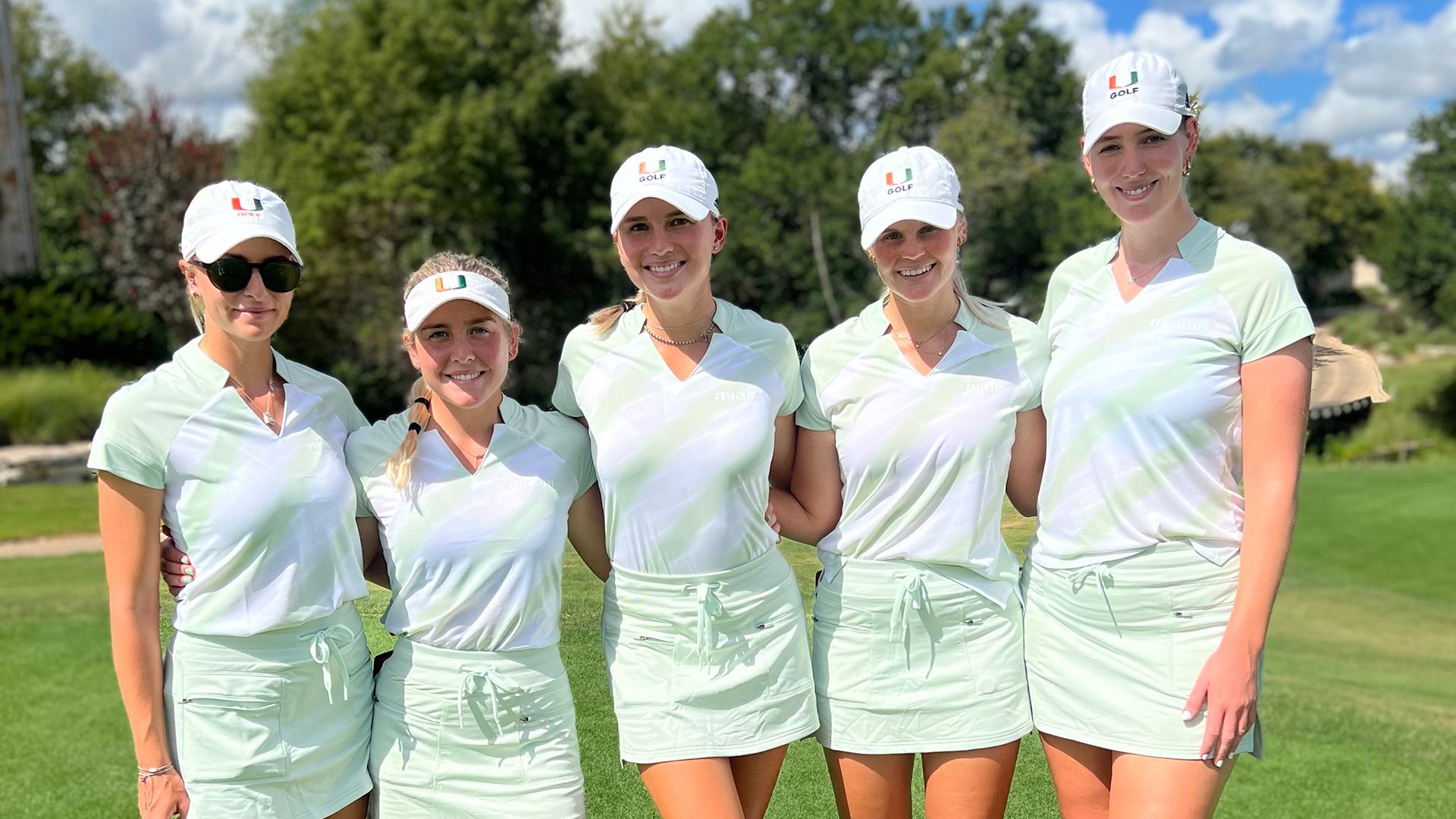 BRYAN, Texas — The University of Miami golf team finished seventh in its second tournament of the fall slate, shooting 15-over-par as a team at the “Mo”Morial, hosted by Texas A&M.

Host Texas A&M won the tournament with a score of 853 (-11), while Texas, North Carolina, Florida, Texas Tech and Houston rounded out the top six.

Barrett opened the tournament with a bang, shooting two-under-par in the first round of action, before finishing with a 73 and a 74 in the second and third rounds, respectively. She tied for fifth place for the best par-four average at 3.93 and number of total birdies at 12.

A trio of other Hurricanes recorded a round under par – Sara Byrne (71; first round), Nataliya Guseva (70; second round) and Franziska Sliper (71; second round).

The Hurricanes have a break until Oct. 10-11 when they head north to compete in the Ivy Intercollegiate in Springfield, N.J.