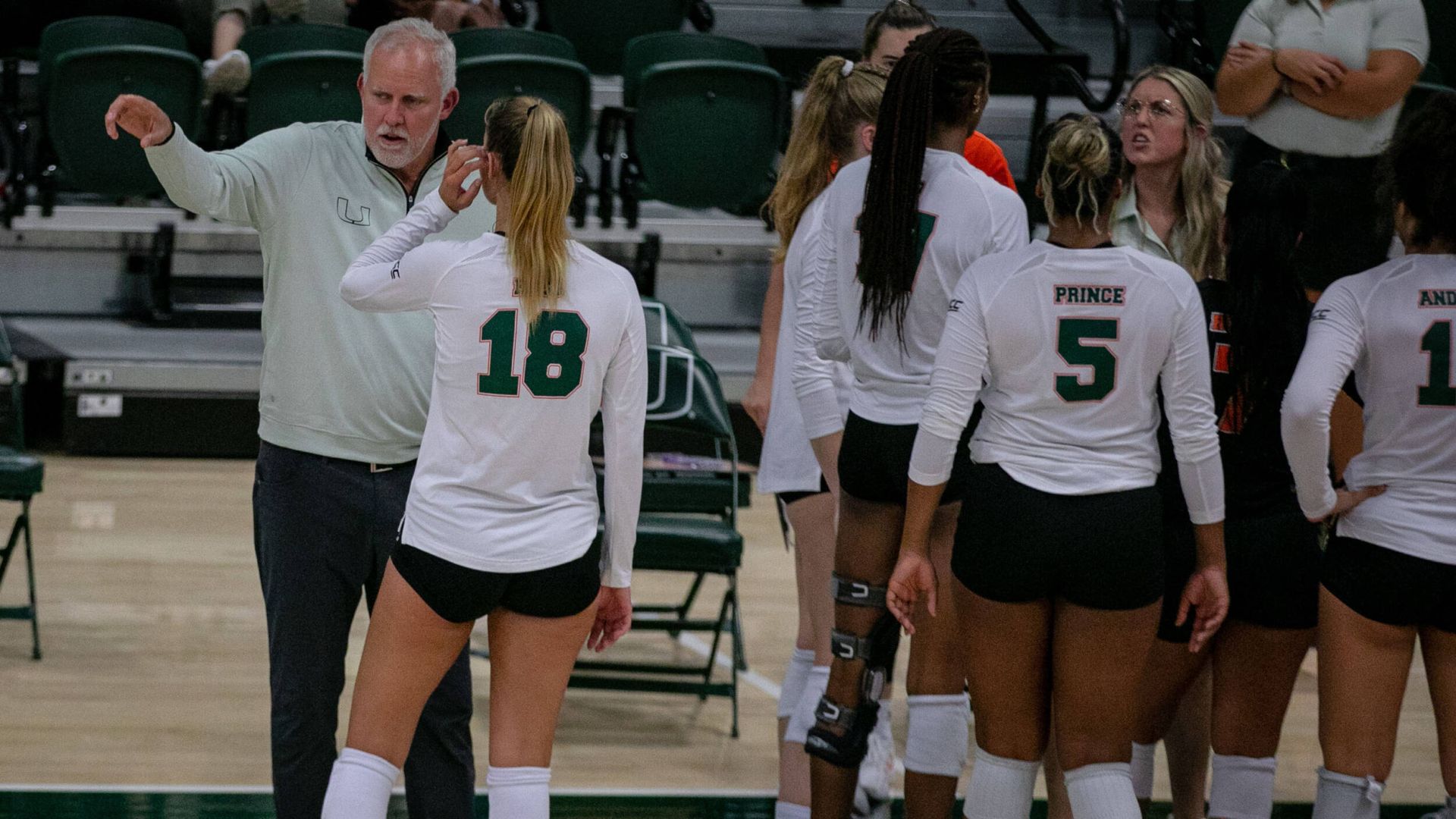 In a marathon match that took approximately two-and-a-half hours to complete, the visiting Hurricanes dropped a 3-2 decision in front of quadruple-digit fans at The Venue at UCF.

“It’s always painful when you lose, but even more so when you are committed and invested like this group,” Miami head coach Jose “Keno” Gandara said. “It was a great match and I give UCF and their staff a lot of credit. We will learn some valuable lessons from this and will be better because of it.”

After back-and-forth action throughout, Miami (6-2) took the opening set, 25-21, after senior middle blocker Janice Leao closed it out with a nice block.

UCF (4-0) grabbed command early in the second set, jumping out to a 9-0 lead. Although the Hurricanes took each of the next five points to claw back, they could not get all the way there and the Knights held on to win the frame, 25-17.

Following the intermission, Miami turned in its finest set of the night. The Hurricanes dominated the third set from start to finish and earned a thorough 25-13 victory.

In the fourth set, Miami took a 21-20 lead on a block by sophomore outside hitter Peyman Yardimci. However, UCF closed the session on a 5-2 run to earn a 25-23 decision and force a fifth set.

The home team built a 10-7 lead in the decider, but Miami responded with three straight points to level the score. As was the case in the fourth set, though, the Knights ended the set with a 5-2 burst, taking a 15-12 decision to seal the 3-2 result.

The Hurricanes conclude play in the UCF Invitational Sunday at 2:30 p.m. versus UNC Wilmington, live on FloSports.