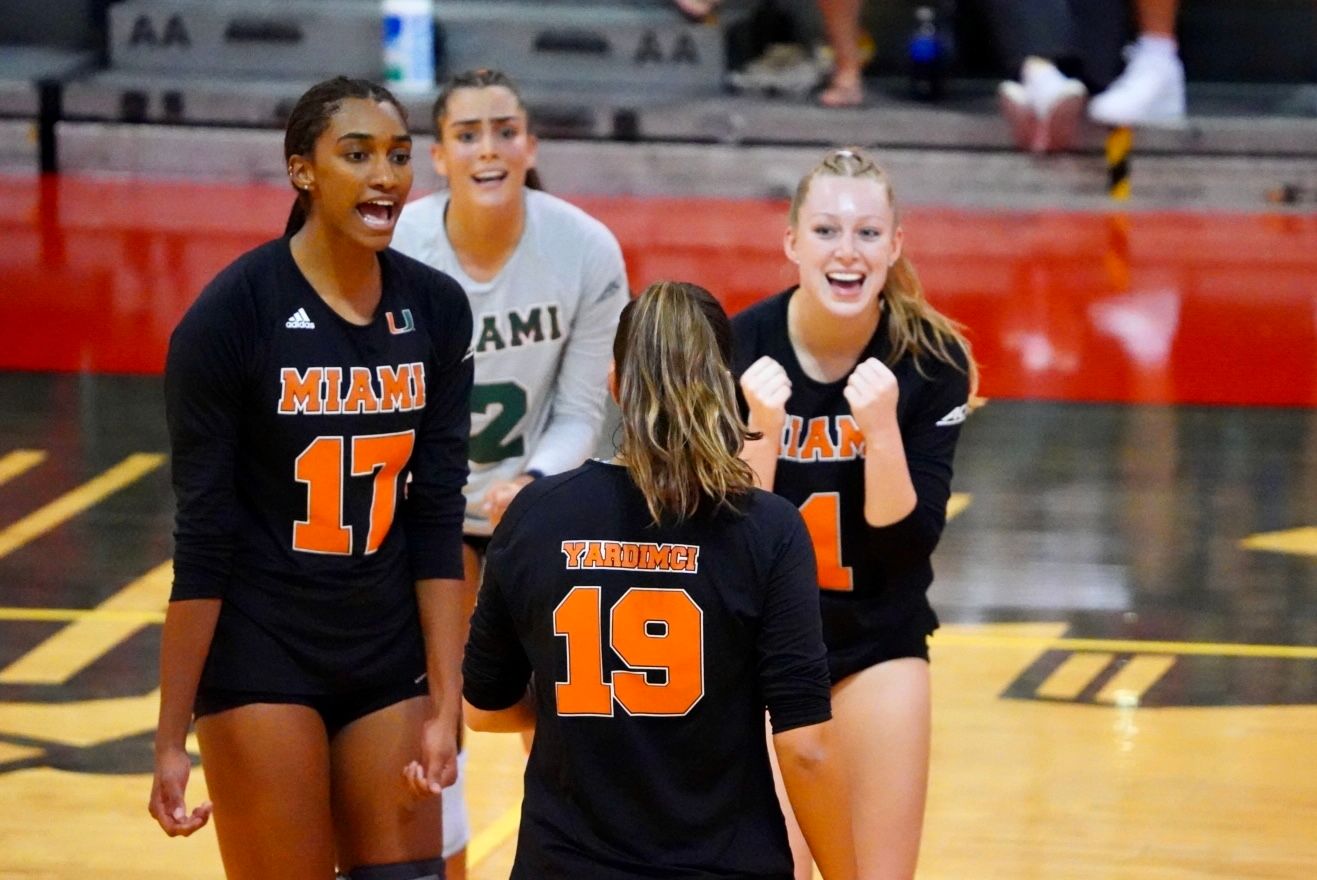 LAS VEGAS – The University of Miami volleyball team picked up a 3-1 victory Saturday evening against Weber State at Cox Pavilion in the Rebel Challenge.

After splitting the first two sets, the Hurricanes dominated the final two to improve to 5-0 on the season thus far.

Miami took the opening set, 25-21, and limiting the Wildcats to a .200 hitting percentage. Weber State also committed five service errors in the set, compared to just one for the Hurricanes.

The Wildcats responded with a 25-23 showing in the second set, marking the first time Miami lost a set all year. 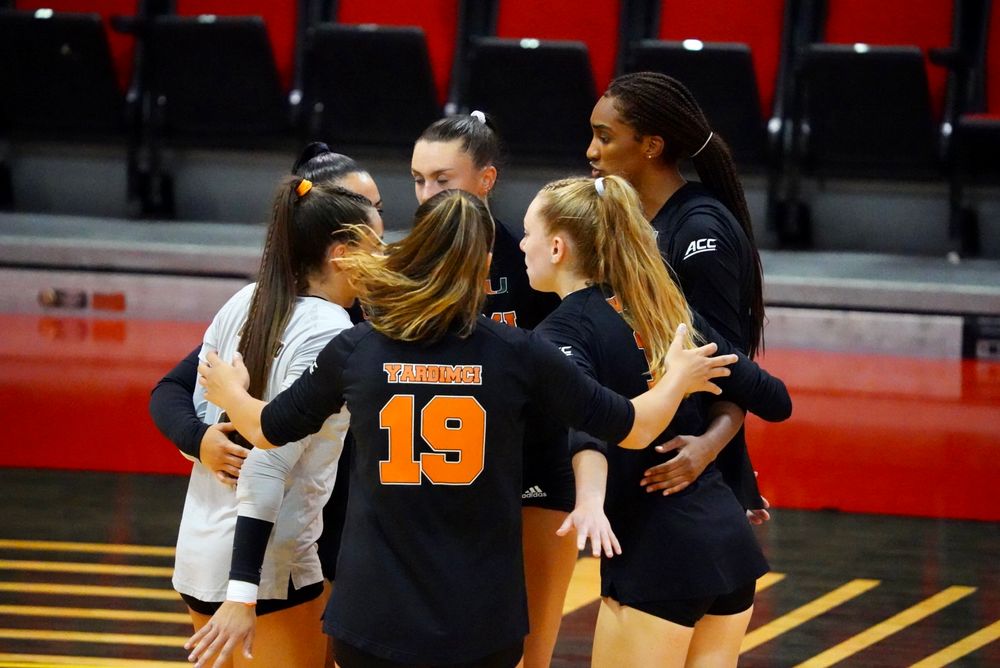 Coming out of the intermission, the Hurricanes turned in a dazzling 25-15 showing in set three. They hit a superb .344, while holding Weber State to a .128 mark.

Miami closed out the match with a 25-18 fourth-set victory. It held the Wildcats to just seven kills and a .000 attack percentage to seal the win.

Senior setter Savannah Vach tallied a co-match-high 32 assists and 10 digs for the Hurricanes to record a double-double. Three of her teammates who finished with double-digit kills, as freshman outside hitter Flormarie Heredia Colon posted a match-high 15, sophomore outside hitter Peyman Yardimci logged 13 and senior outside hitter Angela Grieve added 11.

Yardimici also joined Vach in double-double territory, as she had 14 digs. Freshman libero Naylani Felciciano paced all players with 21 digs.

Miami wraps up play in the Rebel Invitational against homestanding UNLV Sunday at 1 p.m. at Cox Pavilion.