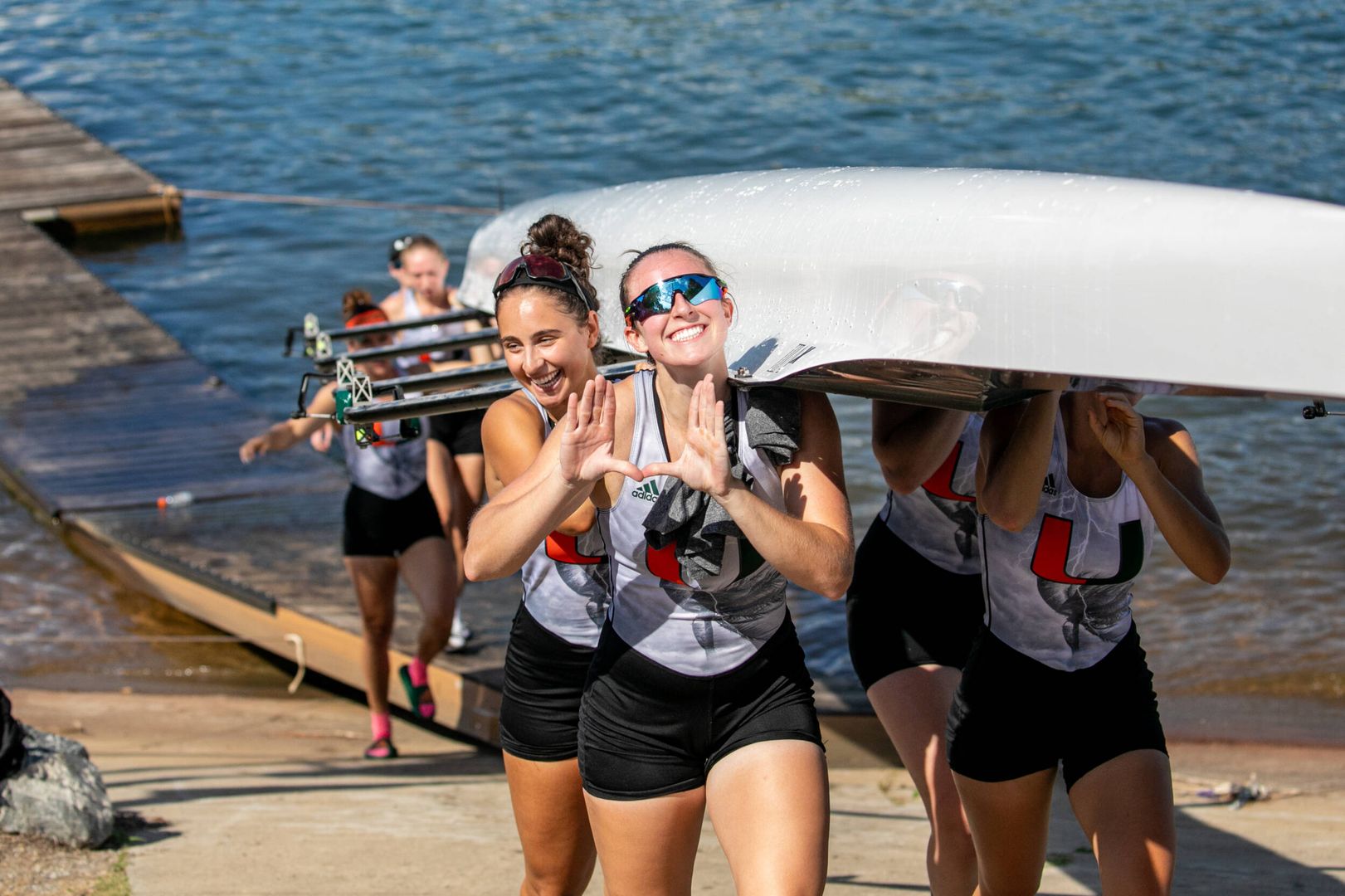 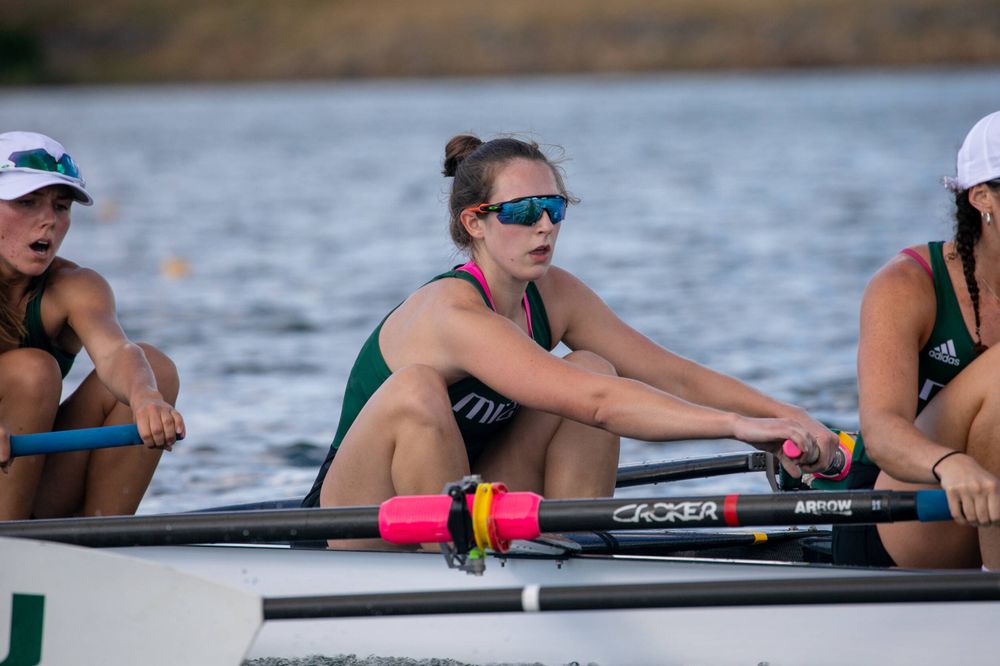 In her final season with the Hurricanes, Laura Alcorn excelled on the water and the in classroom. The Valley Forge, Pa., native posted a 3.875 GPA as a graduate student, pursuing a Master of Education in Counseling & Mental Health. Alcorn competed as a member of the 1V8 boat for the entirety of the 2022 season, rowing the 1V8 to its fastest time at the ACC Championship in program history. 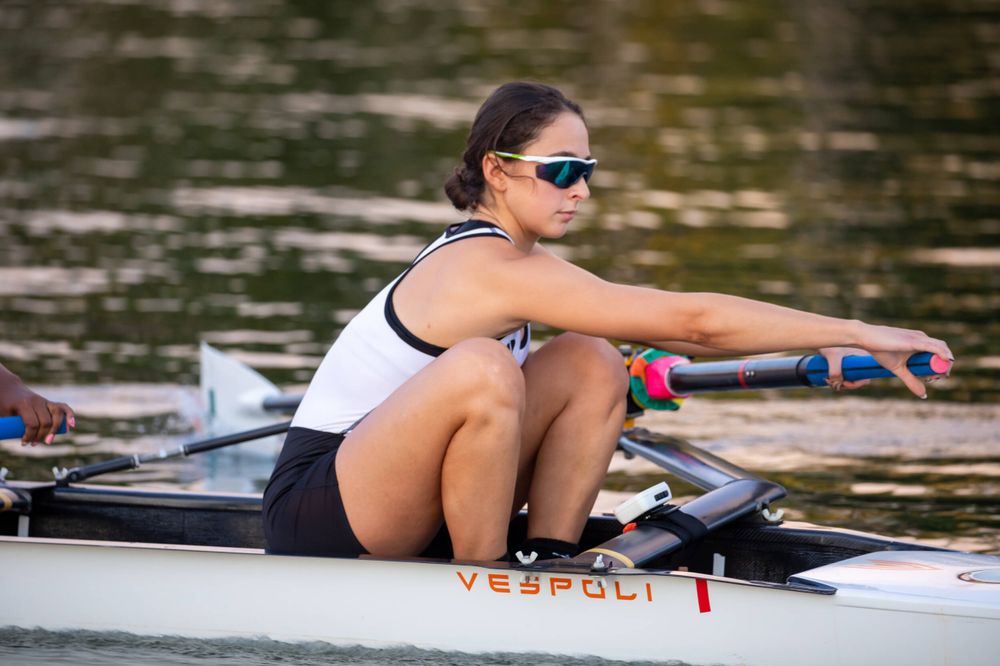 Stephanie Ferrali is a two-time member of the Miami President’s List (4.0 GPA) and has accumulated a 3.879 career GPA. She was a member of the varsity four boat that took home the bronze medal at the 2022 Head of the Charles Women’s Club Four Division. Ferrali raced every race as a member of the 1V8, recording one first-place showing and a trio of second-place finishes. 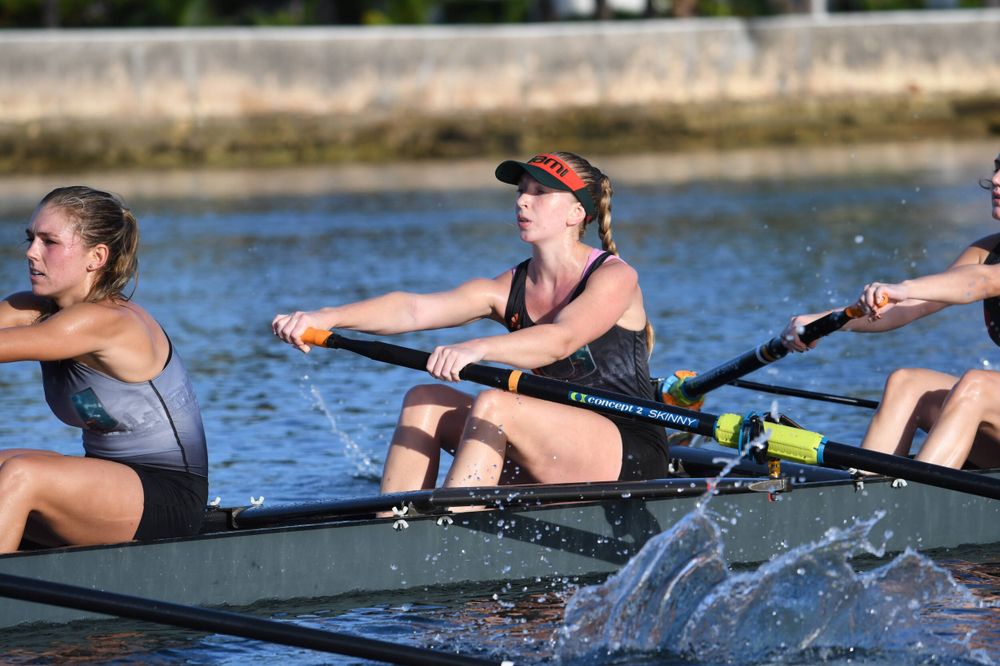 A two-time All-ACC Academic Team honoree, Mackenzie Holmgren is studying for a master’s degree in business analytics and recorded a 3.875 GPA in her first year as a graduate student. Holmgren is a five-time ACC Honor Roll member and has earned a spot on the AD’s Honor Roll (3.2+ GPA) every semester as a Hurricane. The Wilton, Conn., native worked her way into the 1V8 as the season progressed and was vital in helping Miami to a program-best fifth-place showing at the ACC Championship. 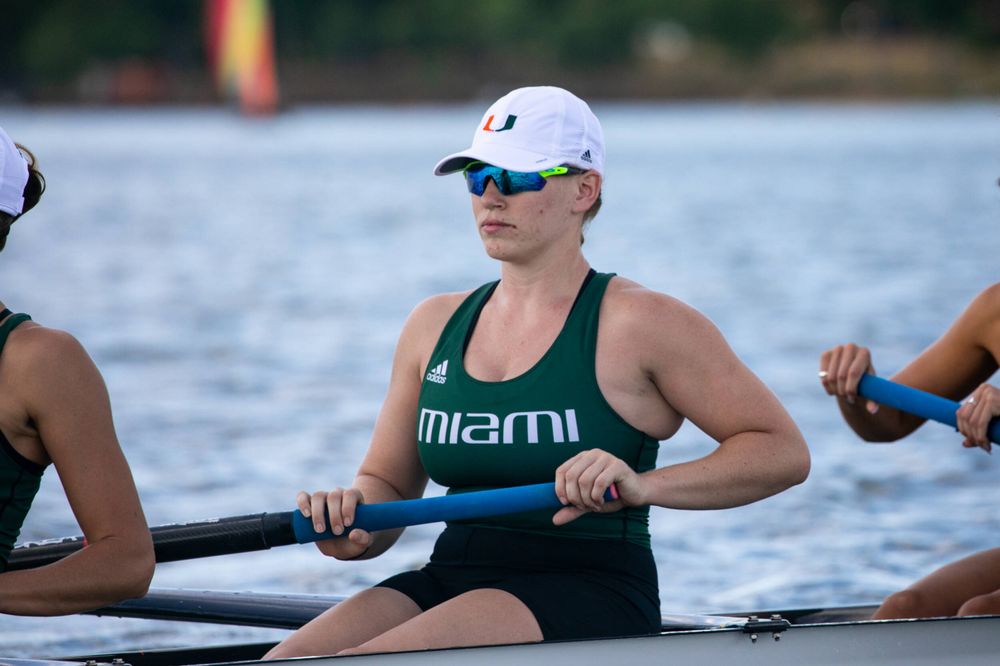 Taylor Kuligowski, Miami’s second two-time All-ACC Academic Team selection, has one of the highest cumulative GPAs on the team, recording an impressive 3.902 through four years as a Hurricane. Kuligowski is a four-time member of the ACC Honor Roll and has posted a GPA of 3.5 or better in seven of eight completed semesters. On the water, Kuligowski rowed in the 1V8 for a majority of the season, including during the record-setting ACC Championship showing. 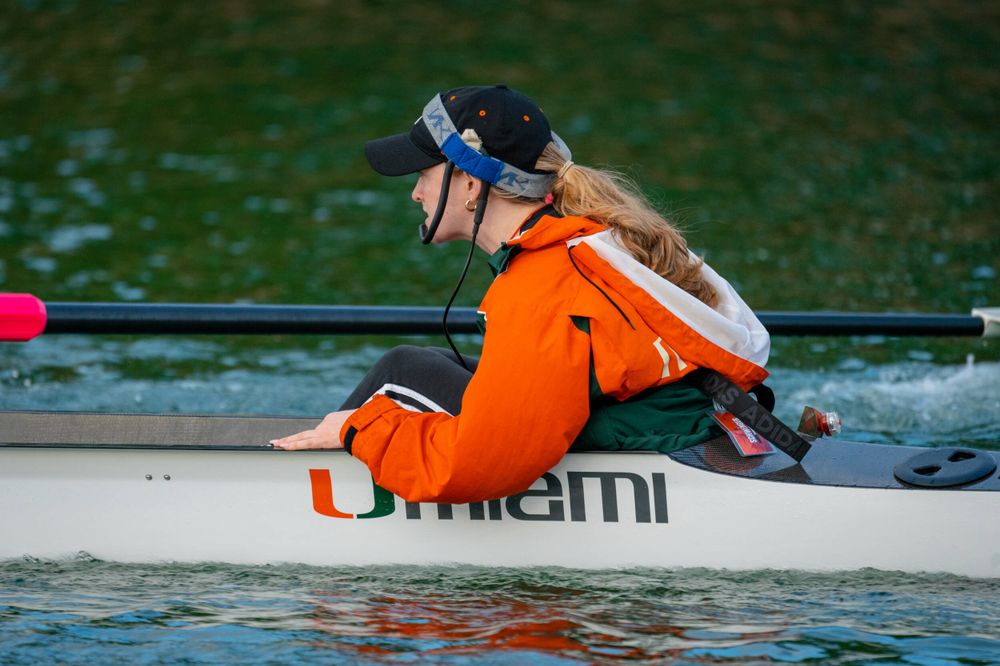 One of two Miami coxswains to appear on the All-ACC Academic Team, Abby Schwenger was the epitome of a student-athlete during her four years as a Miami Hurricane. A double major in Elementary Education and Spanish, Schwenger boasted a perfect 4.0 GPA through her four years at Miami. She was not only tapped into ODK National Honor Society and Mortar Board Honor Society, but she was also named a 2022 ACC Postgraduate Scholarship recipient. In the boat, Schwenger coxed the 1V8 to its fastest time at the ACC Championship in program history. 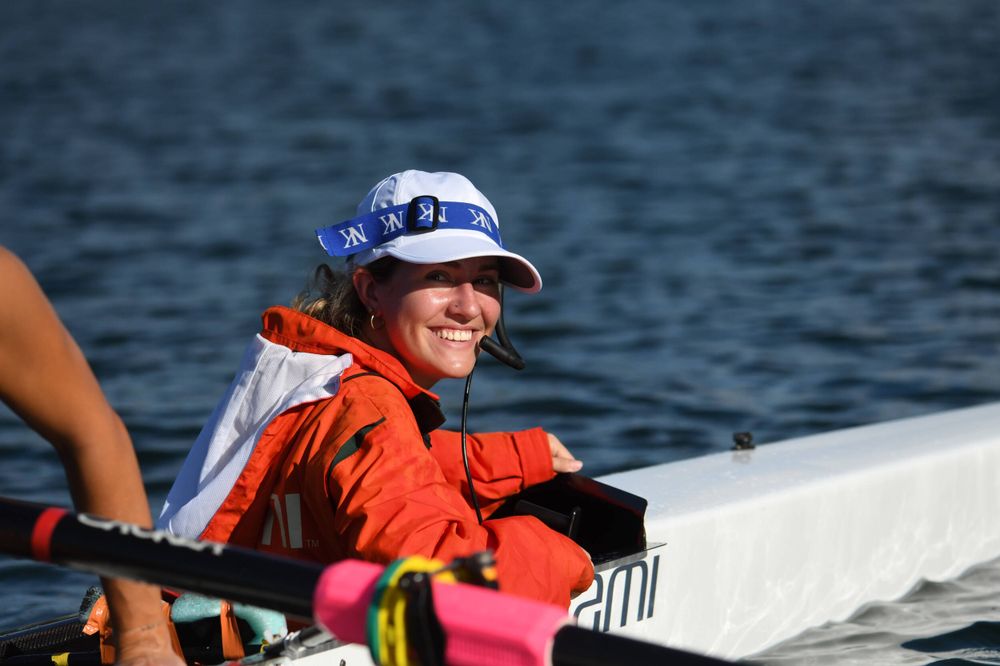 Stickley, a four-time member of the ACC Honor Roll, made her first appearance on the All-ACC Academic Team this year after posting a 4.0 GPA in the spring and a 3.859 cumulative mark. Stickley is also an ODK and Mortar Board Honor Society inductee and has recorded a GPA of 3.5 or better in seven of eight semesters at Miami. The Egg Harbor Township, N.J., native primarily coxed the 1V4 during the 2021-22 season, steering the boat to one first-place finish and two second-place showings.