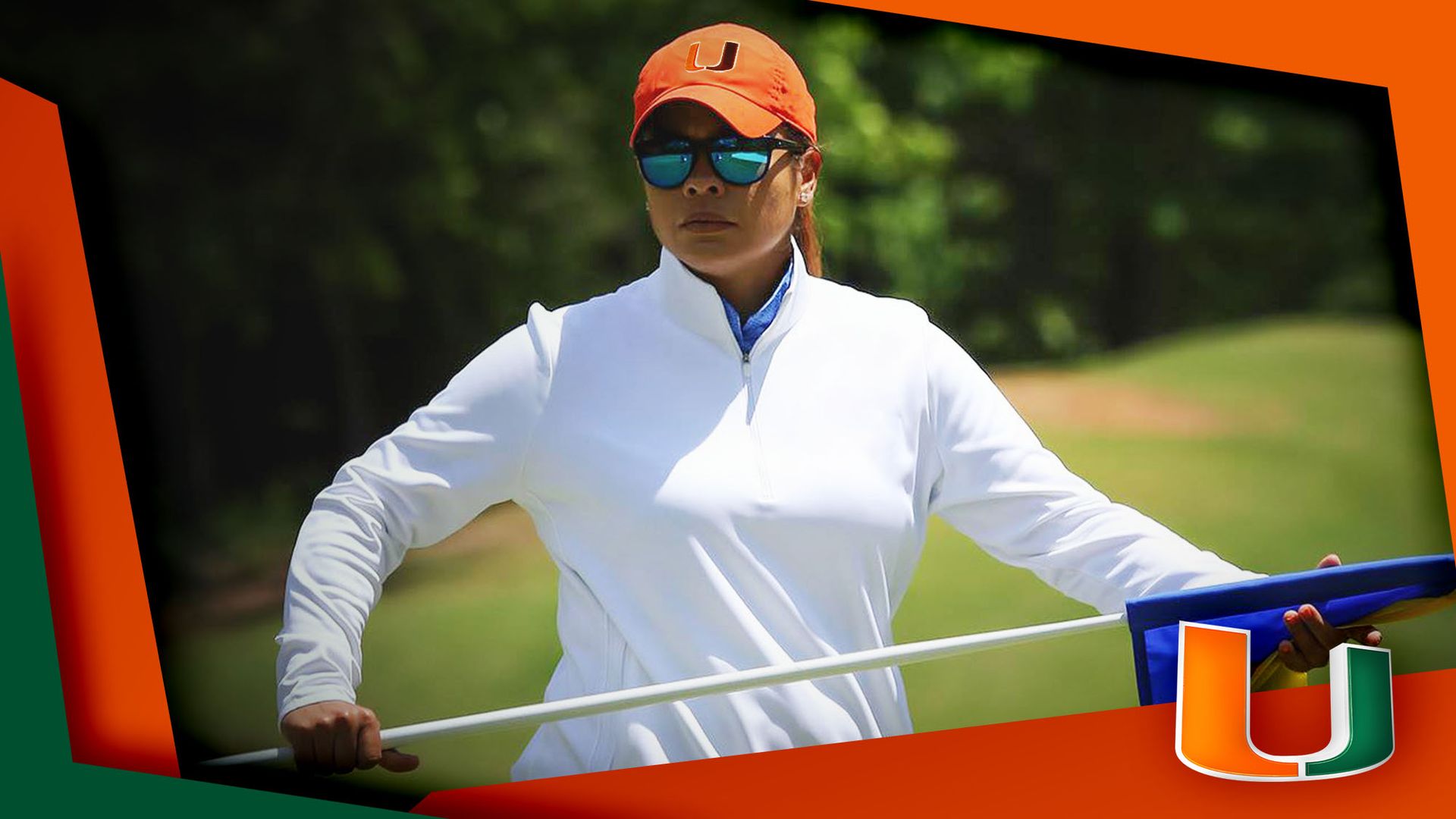 Olivencia (pronounced Oh-lee-vin-see-ya) arrives in Coral Gables after spending the past 10 seasons at the University of Florida, serving as assistant coach from 2012-18 and associate head coach from 2018-22.

“We are excited to welcome Janice to the University of Miami family,” Radakovich said. “Janice has had tremendous success as both a player and a coach and she has a clear vision for how we can build on the success of our golf program.”

“This is a very special moment for me and my family,” Olivencia said. “I’ve been waiting for the right opportunity and am so grateful to Dan Radakovich, Jennifer Strawley and Renae Myles Payne for their belief in me to lead the Miami women’s golf program as their next head coach. During my visit, I instantly felt determined and energized for what the future holds. This is a place where their focus is on enhancing the student-athlete experience and living a culture of excellence. When I think of a program where you can succeed and contend for championships, Miami comes to mind without a doubt. Under Dan’s leadership, we will have the support to consistently be a premier program in the nation.

“I am beyond excited to join the Miami family, help our student-athletes succeed in everything they aspire to, and together compete for championships. Go Canes!”

Florida won 25 tournaments, qualified for nine NCAA Regionals and advanced to the NCAA Championships six times during Olivencia’s tenure in Gainesville, finishing in a tie for fifth in 2017, UF’s best team finish since 1998. The Gators also won the 2017 Southeastern Conference title. Florida golfers earned 26 All-SEC honors and nine All-America honors over Olivencia’s 10 seasons, including Maria Torres, who earned first-team All-American honors in 2017, won the SEC individual championship in 2016 and was named SEC Golfer of the Year in 2016. Olivencia helped Sierra Brooks set the school record for season stroke average (70.33) in 2020 and the top individual round in school history (62) in 2018.

“I want to thank the University of Florida for allowing me to help lead such a storied program for the past decade,” Olivencia said. “I am truly grateful for the experiences I’ve gained and the relationships built throughout the years.”

Olivencia launched her coaching career at USF, helping the Bulls win their first Big East championship and advance to NCAA Regionals in 2012. The Bulls’ Christina Miller became the first player in school history to win Big East Player of the Year.

During her Texas playing career, Olivencia earned All-America honors in 2002 and 2003, and was a three-time All-Big 12 selection. She won two individual titles, posted 15 top-10 finishes and twice placed in the top 10 at the NCAA Championships. While at Texas, Olivencia also won the 2002 Women’s Western Amateur Championship, was a 2002 co-medalist U.S. Open Qualifier, and both a quarterfinalist and semifinalist at the North & South Amateur Championship. She received her bachelor’s degree in communications studies from Texas in 2004.