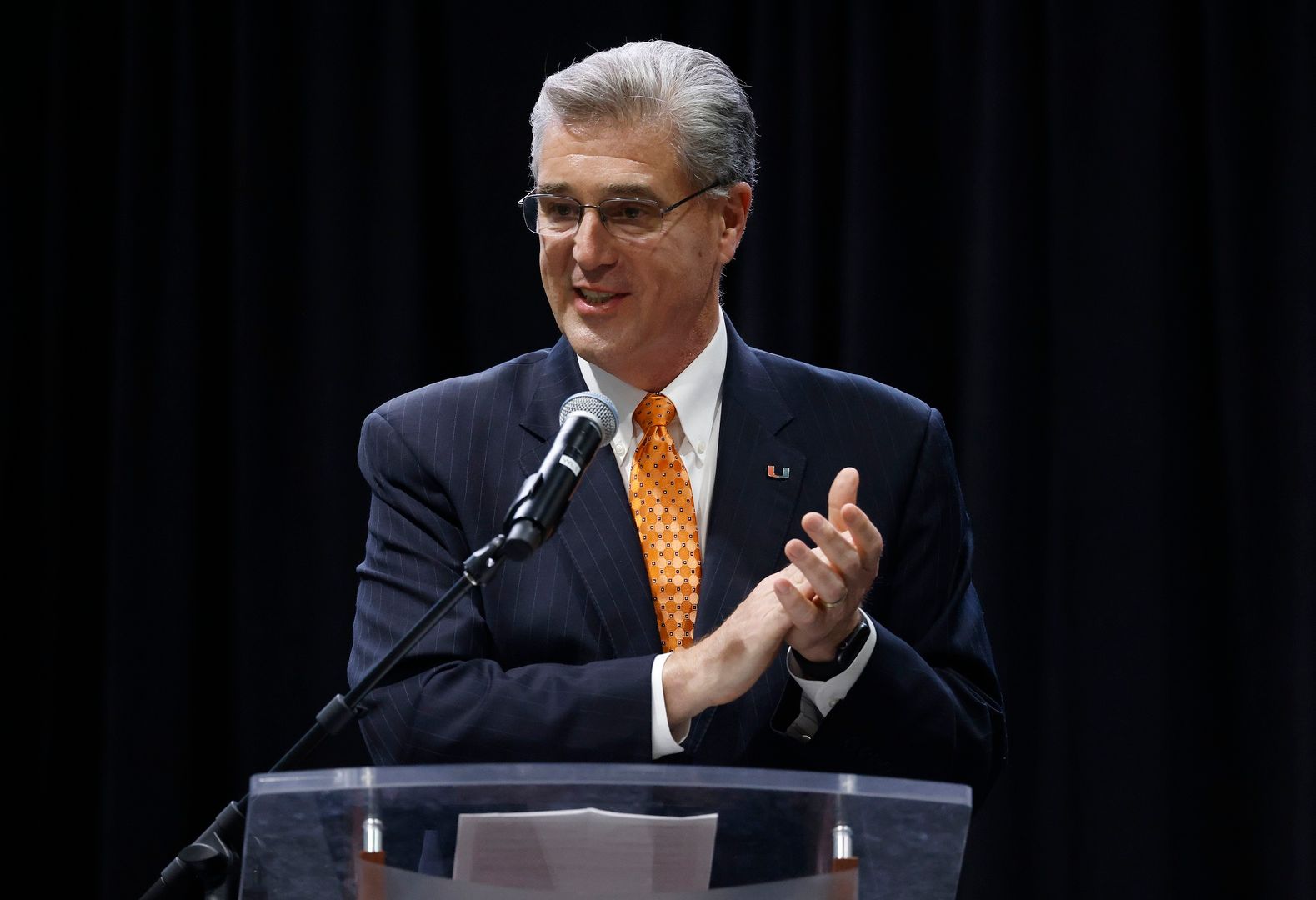 But we’re not done yet. As the calendar flips to June we still have plenty to play for as baseball and track and field continue their postseason runs.

As mentioned above postseason baseball is returning to The Light for the first time since 2016. The Canes earned the No. 6 national seed and will host the NCAA Baseball Tournament’s Coral Gables regional starting Friday at noon against Canisius on ESPN+. Arizona will take on Ole Miss in the regional’s other Friday matchup at 7 p.m. Gino DiMare’s squad had a terrific regular season, leading the nation with 13 wins over Top 25 opponents. Let’s pack The Light all weekend and cheer the Canes on the Road to Omaha! You can secure your regional tickets by visiting miamihurricanes.com/tickets.

Eden Richardson and Daevenia Achong advanced to the doubles final of the NCAA Championships last Saturday before falling to the top-seeded doubles tandem from NC State. They became just the third pair in Miami history to reach the NCAA doubles final, in the process earning ITA All-America and ITA All-Star Team accolades. Congratulations to Eden and Daevenia on a remarkable postseason run!

Last week the ACC released the kickoff times and networks for our first three football games. Mario Cristobal’s first game as our head coach — against Bethune-Cookman on September 3 at Hard Rock Stadium — will kick off at 3:30 p.m. on ACC Network. We host Southern Miss on September 10 for a noon kickoff on ACCN. On September 17 we travel to College Station, Texas for a prime-time ESPN showdown with Texas A&M at 9 p.m. It will be an exciting start to the season!

We have hired longtime National Football League executive and Hurricanes great Alonzo Highsmith as general manager of football operations. Alonzo will work directly with Mario to support all administrative functions of the football program, including budget related items, staff supervision and off-field needs. We are excited to welcome Alonzo back to Coral Gables. His extensive experience as an NFL executive will not only provide tremendous value to our football operations but to the work of our senior administrative team.

We recently signed volleyball head coach Jose “Keno” Gandara to a four-year contract extension. Keno led the Canes to the NCAA Tournament for the fifth time last season and our 25 wins were the program’s most since 2012. Keno and his staff have done a tremendous job building our volleyball program and we are excited to see him continue to help our student-athletes achieve success on and off the court.

I want to recognize Patti Rizzo and Dave Sanderson, who retired last month as our golf and rowing coaches, respectively. Patti, a UM Sports Hall of Famer, served as our head coach for 12 seasons and led the Canes to 11 NCAA Regionals and two berths in the NCAA Championships. Dave led our rowing team for nine seasons, leading the Canes to their best-ever ACC finish this season and their first CRCA ranking in program history. Congratulations to Patti and Dave and we wish you and your families all the best!

Our athletic department earned an Academic Progress Rate score of 987 in the NCAA’s latest APR report, an annual scorecard of academic achievement calculated for all Division I sports teams nationally. Nine UM programs achieved APR perfect scores of 1,000 for the 2020-21 academic year – men’s basketball, men’s cross country, women’s cross country, men’s diving, golf, soccer, women’s swimming and diving, women’s tennis and volleyball. In addition, our football program posted a 997, its best single-year score in history. I am extremely proud of our student-athletes and the exceptional work they do in the classroom. I also want to thank our coaches and academic services staff for their continued dedication to our academic mission.

We continue to work on a very deep dive into an athletics master plan that will affect facilities and sport sponsorship.

Our Canes Community is stronger than ever thanks to your continued support. Please click here to sign up for our weekly Miami Athletics Report, which will keep you up to date on everything we have going on with all our sports. Thank you from all of us at Miami Athletics and Go Canes!