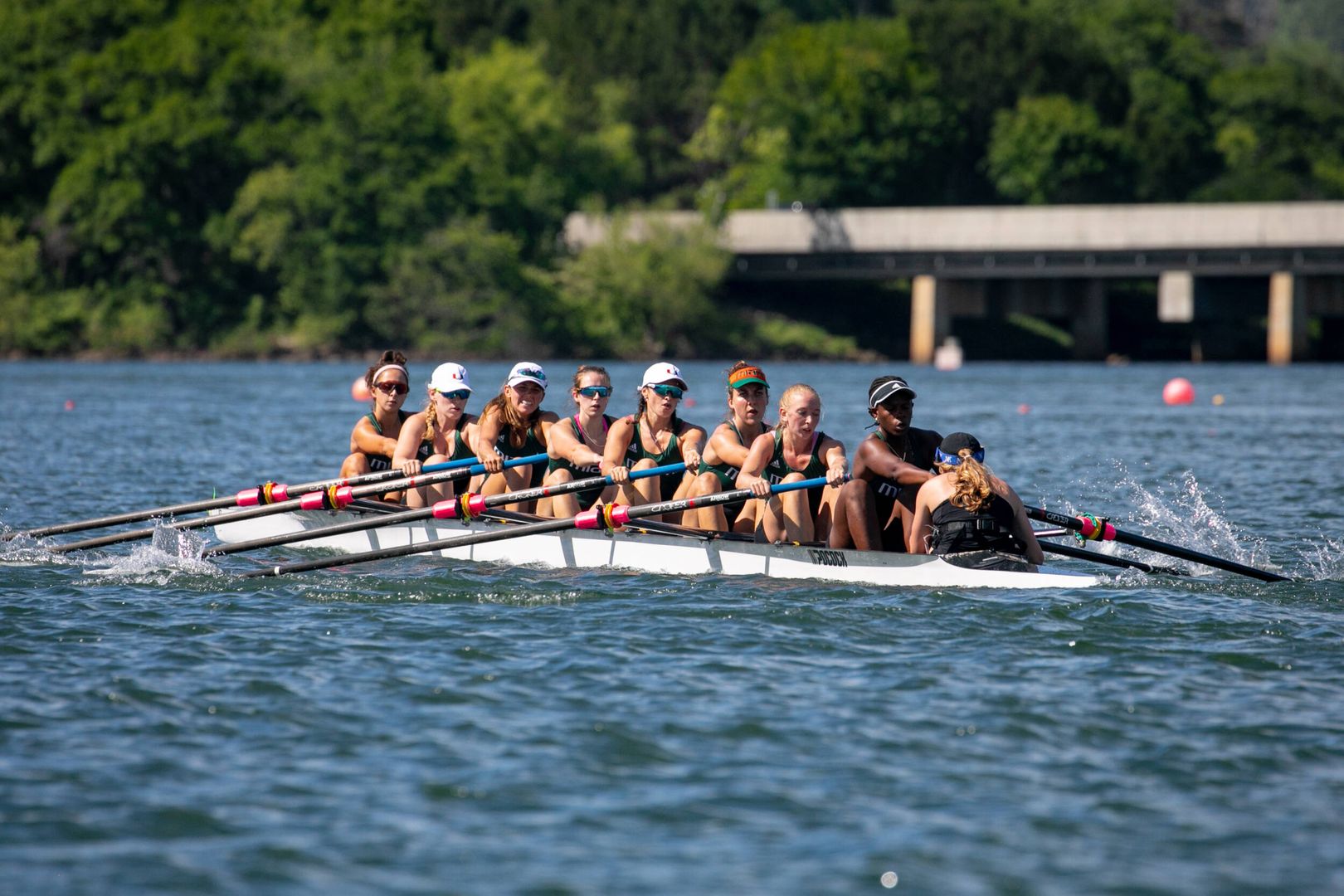 Hurricanes Ready to Take the Water at ACC Championships

CLEMSON, S.C. – The University of Miami rowing team is set to compete in the 2022 Atlantic Coast Conference Championship beginning on Friday, May 13. The two-day event will take place at Lake Hartwell in Clemson, South Carolina.

The Hurricanes, who received votes in the Pocock CRCA poll for the first time in program history earlier this season, will go up against boats from eight other ACC schools in the championship event.

A full schedule may be found on the Miami website.

The Hurricanes posted their best team showing since 2014 at the ACC Championships last season, finishing in sixth in the final team standings.

Miami placed all three varsity eight boats in the Grand Final of the 2021 ACC Championship, something that had never been done before in program history..

Senior Marilou Chardin earned a spot on the All-ACC Second Team after helping her boat to a fifth-place finish in the 1v8 Grand Final.

ACC Network Extra coverage is available for the prelims on Friday and the finals on Saturday. A two-hour championship recap show will air on ACC Network on Tuesday, May 24 at 8 p.m.