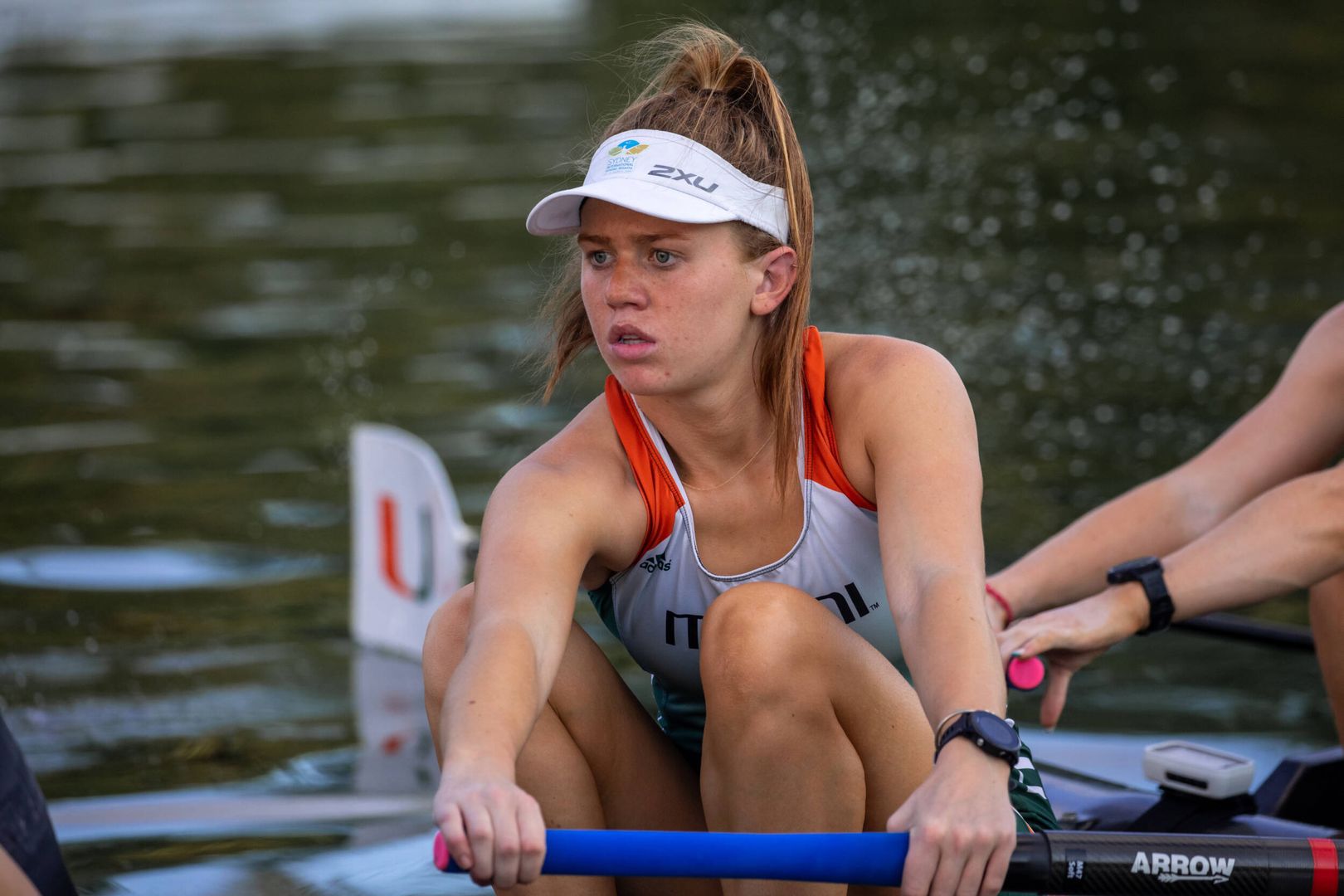 RALEIGH, N.C. – The University of Miami rowing team built momentum for the future after posting a strong showing at the Lake Wheeler Invitational in Raleigh, N.C., this weekend.

The Hurricanes took the water to compete against 15 other teams in the two-day event at Lake Wheeler Park. Among the competition were ranked squads from No. 9 Penn, No. 11 Duke and No. 15 Syracuse.

“This was a great weekend of racing for the team. All the boats developed their racing during the three-race, round-robin format,” head coach Dave Sanderson said. “Overall, the team placed sixth out of 16 teams based on points, so the collective effort from the squad was great to see. This was a great stepping-stone weekend for us to prepare for the ACC Championship and we can’t wait to get back to training.

The Miami 2v8 highlighted the racing for the Hurricanes over the weekend as the boat tallied a trio of second-place finishes in each of its heats. The boat’s best time of the invitational came on Friday in round two when the Hurricanes crossed the finish line in a time of 6:46.532, just seven-tenths of a second behind first-place Duke.

In the second round, Miami finished with the fourth fastest time of 16 second varsity eight boats and bested ACC foes Clemson, Louisville and North Carolina.

Also in the varsity eight category, the Miami 1v8 finished no lower than third in each of its three races, with the best finish coming in the opening round, a second-place showing with a time of 6:42.638. On Saturday, the 1v8 competed from start to finish, narrowly edging Georgetown by  forty-four hundredths of a second for a third-place performance in heat two.

“The 1v8 and 2v8 boats were in the thick of some exciting racing at the top of their fields,” Sanderson said. “Our varsity four boats and 3v8 made clear advancements through the weekend.”

The Miami 3v8 stayed competitive in all three of its races, tallying a pair of third-place finishes and one fifth-place showing on the weekend. The crew rowed its best time of the invitational in round one, posting a time of 7:38.456.

In varsity four action, the Miami 2v4 progressively got faster over the invitational, decreasing its race time by over 12 seconds from round one to round three. In the final race, the Hurricanes posted a third-place showing, crossing the finish line in a time of 8:02.031.

Miami’s 1v4 recorded its best finish in heat one of round two, earning a third-place nod after posting a time of 7:53.306. The top varsity four boat recorded a better time (7:54.744) than fellow ACC teams Boston College and North Carolina in third round on Saturday.

The Hurricanes will return to Coral Gables, Fla., to train for the 2022 ACC Championships, which will take place in Clemson, S.C., on May 13-14.