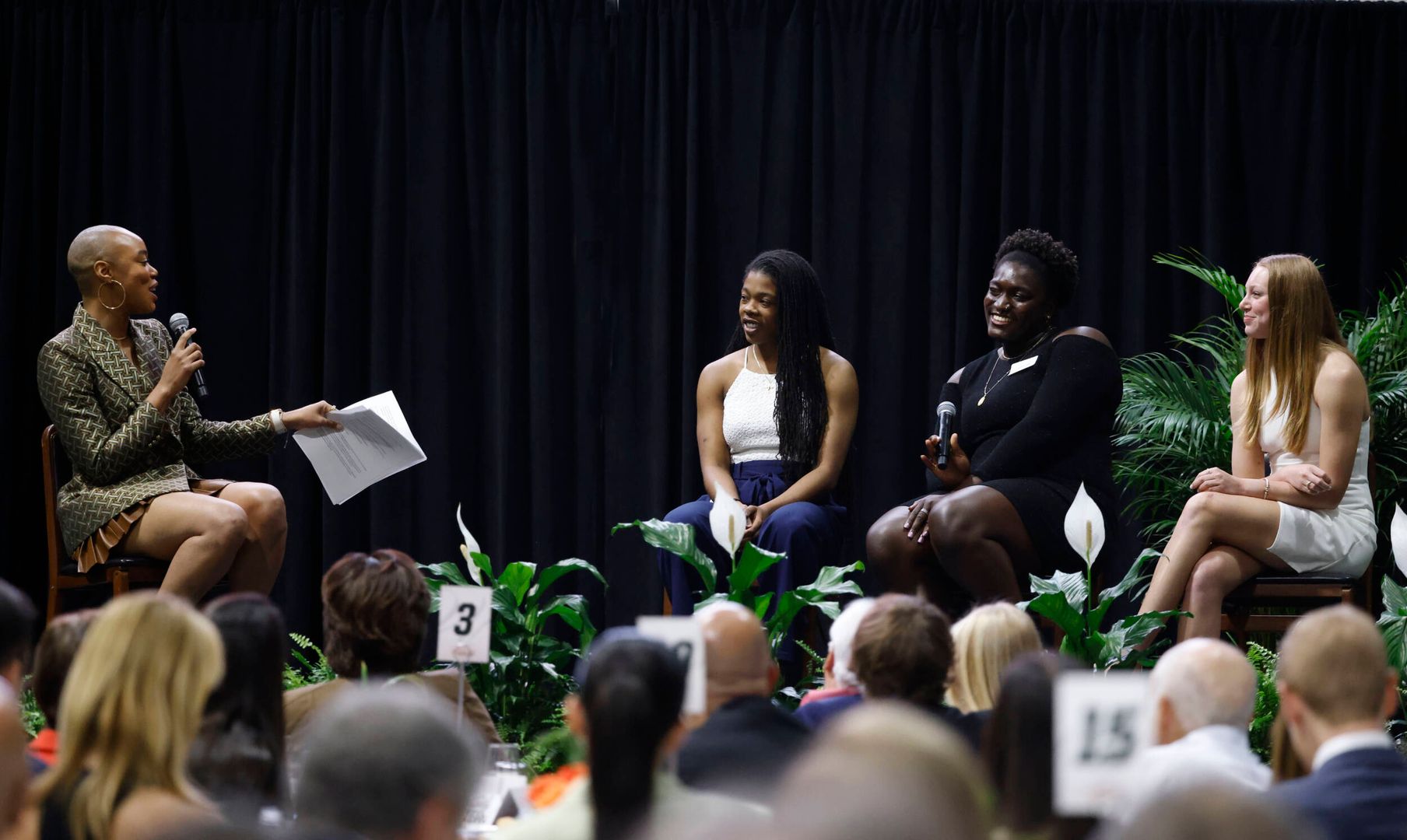 The CWA honors current Miami female student-athletes from each of UM’s nine women’s programs for their excellence on the playing field, as well as in the classroom and community.

The event continues to support the Together 4 Her Campaign, which is designed to develop leaders and prepare women to be successful in life beyond athletic competition. Support of the CWA includes exclusive benefits that strengthen the impact on UM female student-athletes. Together 4 Her (formerly Building Women’s Champions) is a year-round fundraising effort for Miami women’s athletics that also celebrates the 50th anniversary of Title IX. Together 4 Her will also showcase content and programming surrounding UM’s female student-athletes over the last five decades.

The 2002 CWA winners were as follows:

For more information on the Together 4 Her campaign please click here.