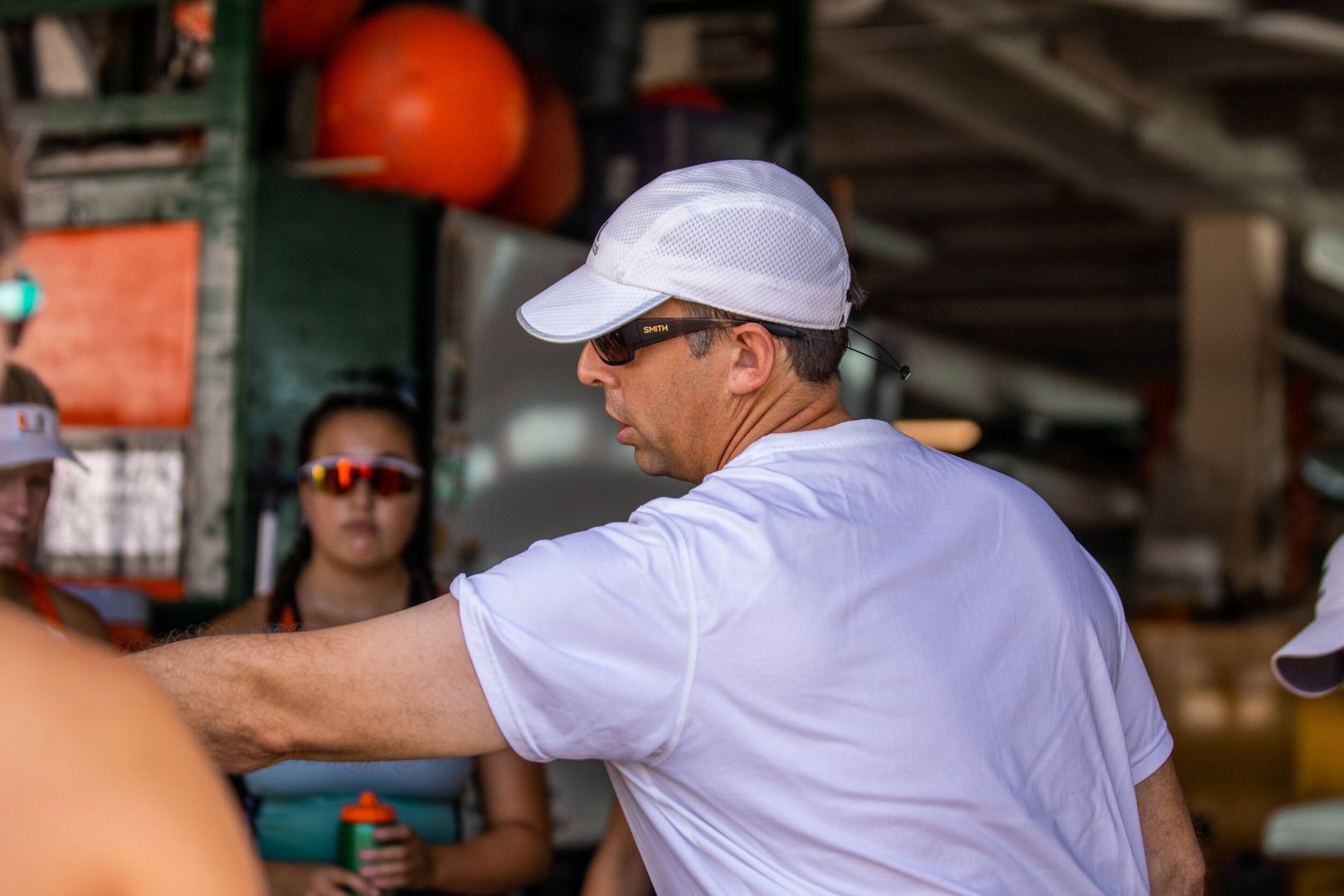 Sanderson to Pursue Other Opportunities at Conclusion of 2022 Season

CORAL GABLES, Fla. – University of Miami head rowing coach Dave Sanderson has announced that the 2022 season will be his last with the Hurricanes as he leaves to pursue other opportunities.

“I am deeply grateful for the opportunity to have coached the Miami rowing team these last nine years,” Sanderson said. “I want to sincerely thank Dan Radakovich, Jenn Strawley, Shirelle Jackson, as well as our assistant coaches Claire Frenkel, Colin Regan and Ellie Hartman, for all their kindness and support through this decision process.”

At the 2021 ACC Championship, Sanderson steered the Hurricanes to their highest point total (40) in program history. It also marked the first ever time that three varsity eight boats made the Grand Final at the ACC Championship.

“We want to thank Dave for all of his hard work and dedication to the Miami rowing program over the past nine years,” Vice President/Director of Athletics Dan Radakovich said. “We wish him and his family all the best.”

Sanderson will coach the team for the remainder of the 2022 season, which includes a dual match with Central Florida, the Lake Wheeler Invite and the ACC Championship.

“This sport, which I’ve experienced as an athlete and a coach, has provided so many formative moments, opportunities, challenges, and connections in my life that I don’t know where I would be without it. This was a tough decision but it’s the right one at this point in my life. I’m looking forward to seeing how far the team can go the rest of this season with training this week, racing next week and the ACC Championship on the horizon.”