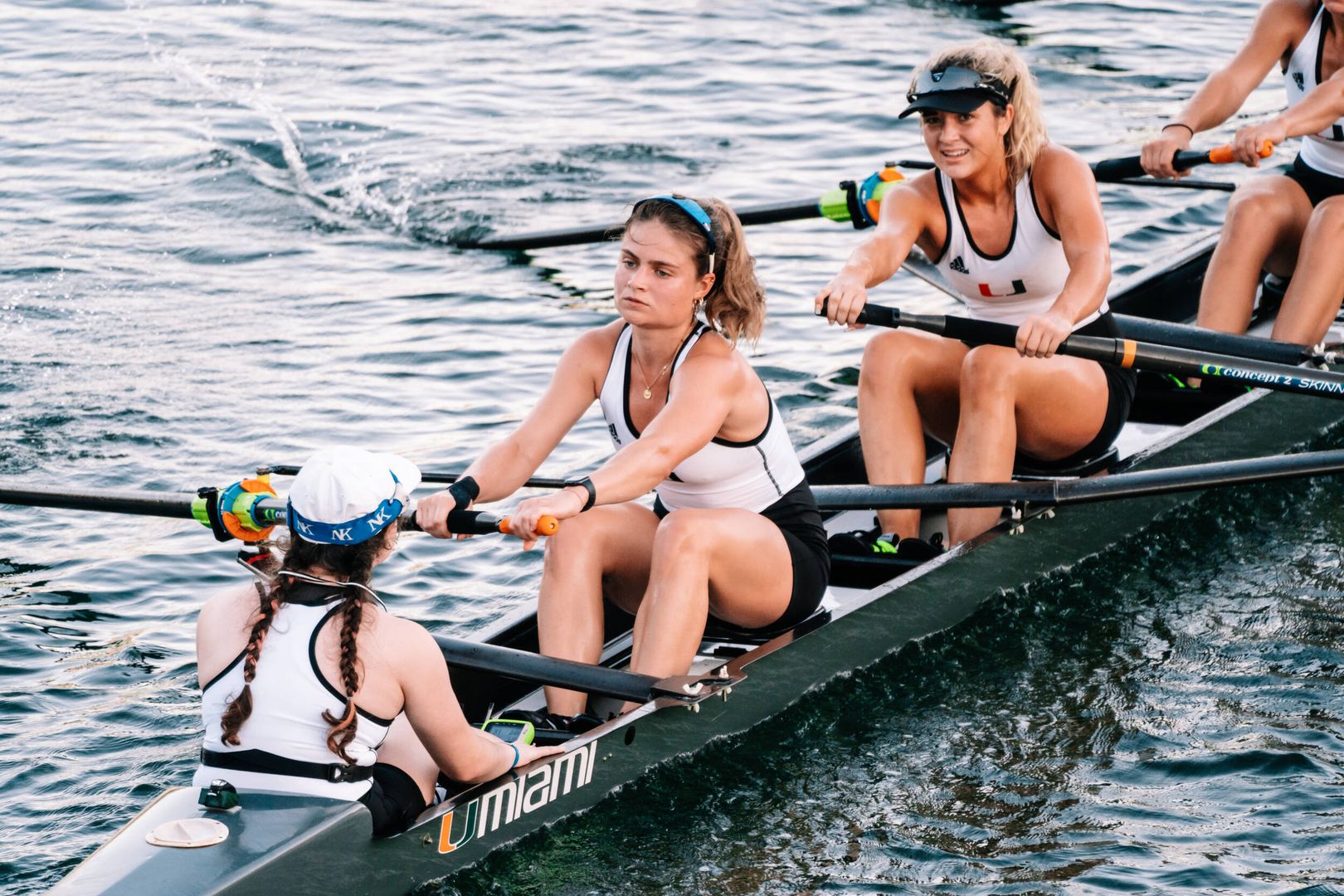 SARASOTA, Fla. – The University of Miami rowing team placed three boats in the grand finals in the 2022 Sunshine State Invitational this weekend at Nathan Benderson Park.

The Miami 2V4 placed fourth in its heat race with a time of 7:46.38 to advance to the grand final. The boat picked up a spot on Saturday, taking home the bronze medal after crossing the finish line in a time of 7:34.65 for Miami’s best showing of the day.

In the petite finals, the 1V8 took home second-place, finishing the 2000-meter race just three seconds behind the Kansas Jayhawks at 6:40.77.

The top varsity four boat also came in second for the Hurricanes, crossing the finish line in a time of 7:40.46, a full five seconds ahead of third-place Jacksonville.

Full results from the weekend can be found here.

The Hurricanes will return to the water on April 15 when they head to Orlando, Fla., to take on the Central Florida Knights in a dual race at the UCF Intercollegiate Rowing Center.