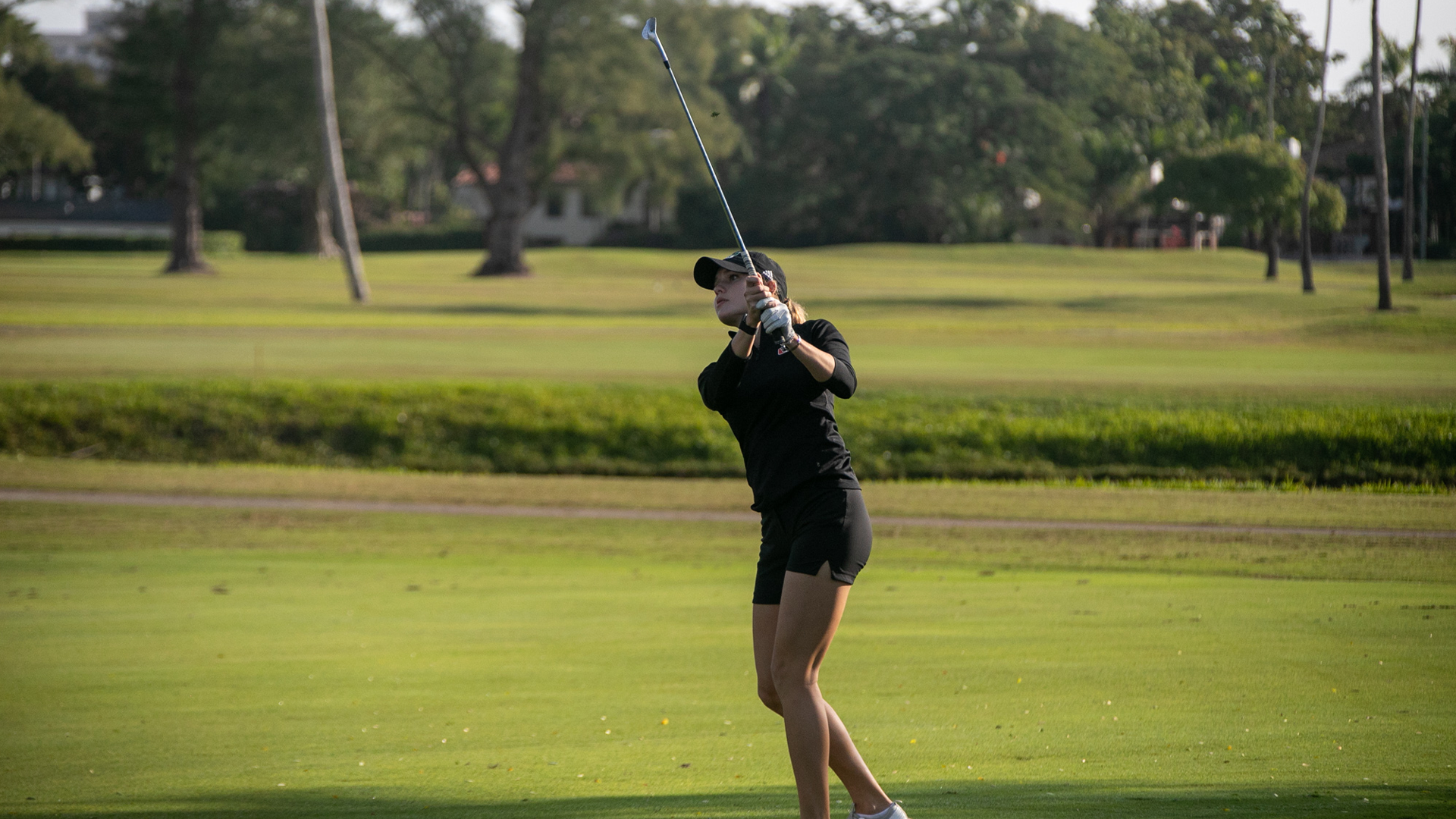 Sunset, S.C.- Nataliya Guseva closed out the regular season with a top-10 finish to lead the University of Miami golf team at the Clemson Invitational.

“We were much happier with how the team played today,” said head coach Patti Rizzo. “We are starting to get better just in time for conference, regionals and nationals. We’re looking forward to the next couple tournaments. I’m very proud of them for hanging in there.”

Guseva shot three-under par on Sunday at the par-72 Reserve at Lake Keowee. She propelled 29 spots on the individual leaderboard and into a top 10 spot, finishing the tournament at seven-over par (223). This marks her first top-10 finish this season.

As a team, the Hurricanes finished seventh with a 54-hole score of 905 (+41). After shooting 17-over par and 16-over par in the first and second rounds, Miami had a particularly strong Sunday, shooting six-over-par on the final day of play.