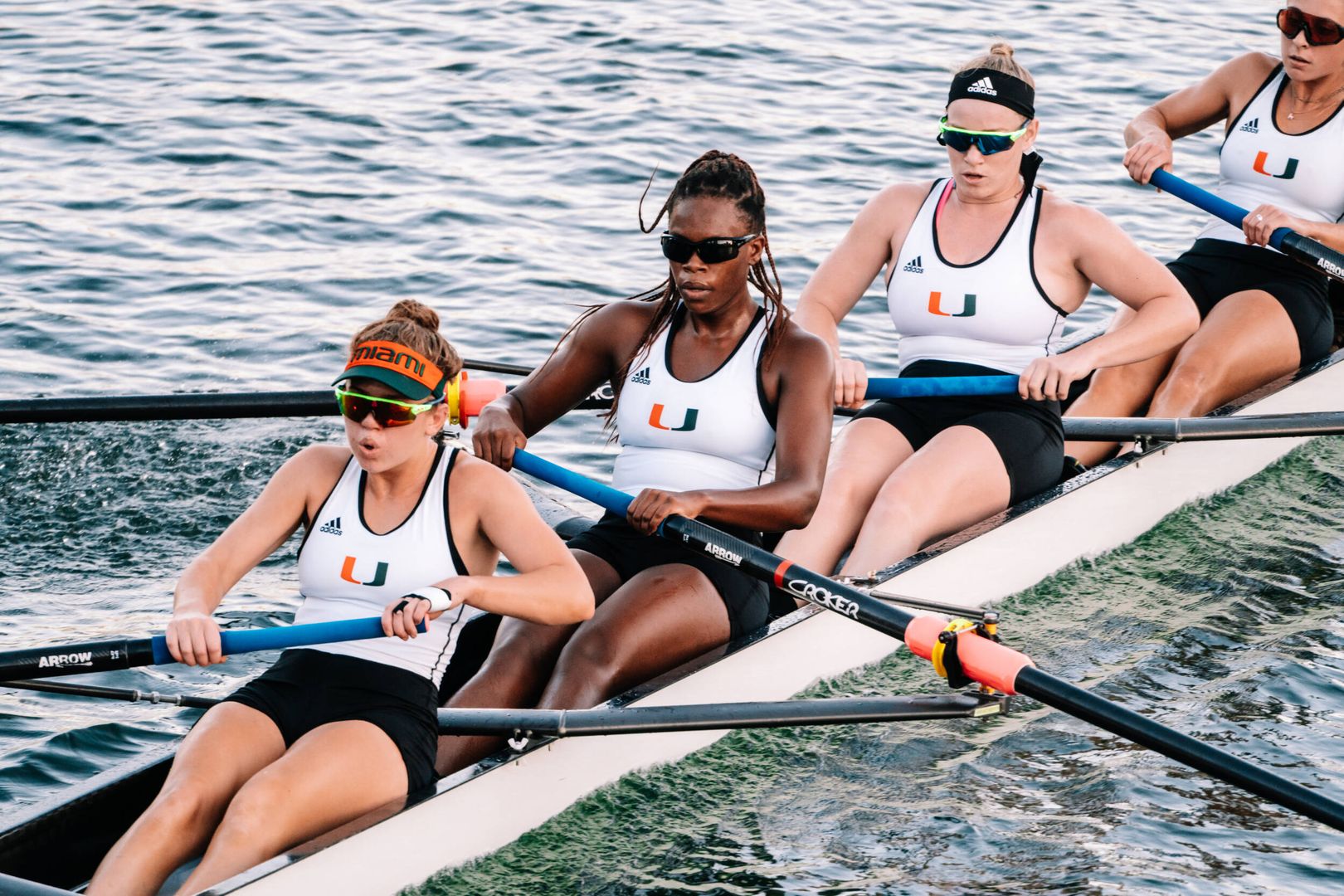 DELAND, Fla. – The University of Miami rowing team opened its spring season in dominant fashion Friday afternoon in Deland, Fla., taking home a trio of first-place finishes in a tri-race with Stetson and Jacksonville.

“Overall, it was a solid day of racing,” head coach Dave Sanderson said. “The 1v8, 2v8 and 1v4 all did a great job of controlling the race and stretching out their leads consistently over the course of the entire race.”

The 3v8 kicked off spring racing for the Hurricanes, crossing the finish line in 8:29.000, while the 2v4 recorded Miami’s second silver-medal finish of the day with a race time of 9:15.900.

“The 3v8 and the 2v4 both raced hard and held the lead in their respective contests in various points of the race but came up just short,” Sanderson said.”

Miami’s 1v4 crew brought home the team’s first gold-medal finish of the season with a thrilling six-second victory over Jacksonville. The four finished the race in a time of 8:22.500, a full minute ahead of Stetson’s varsity four boat.

The 2v8 continued to dominate on the water for the Hurricanes, taking home first in its race after posting a 7:26.100 finish time.

The top varsity eight boat closed out the tri-race with a resounding victory, besting Jacksonville and Stetson by 15 and 20 seconds, respectively. The 1v8’s time of 7:09.100 marked the best 2000-meter race time of the day.

The Hurricanes will look to carry the winning momentum into their next race, the Sunshine State Invite, on April 1-2 in Sarasota, Fla.