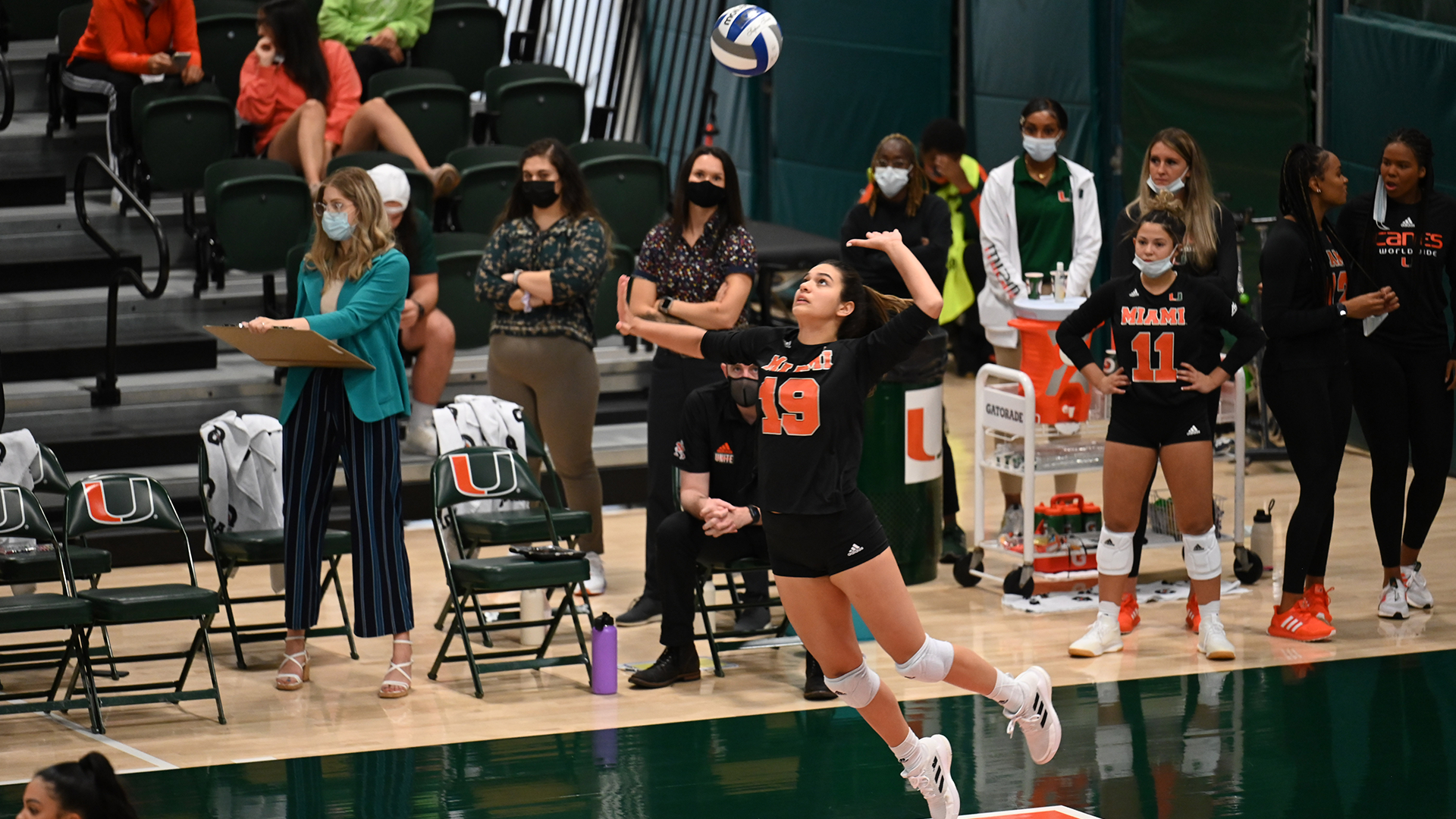 All three of the Canes’ opponents were faced in the 2021 campaign.

“I think our spring schedule is good because we are comfortable with the teams,” said redshirt sophomore outside hitter Angela Grieve. “We lost to UCF, we lost to Florida, so there is an opportunity to show who we really are since we did not perform how we wanted to in both of those games.”

The Hurricanes will open the spring slate with a match on Mar. 5 against FGCU at noon in the Knight Sports Complex. UM earned a neutral-site sweep over the Eagles last season at the Sunshine State Classic in Boca Raton.

Next, the Canes will host in-state foe Florida on Mar. 26 at 10 a.m. in the University of Miami Health and Wellness Center. The Gators eliminated the Hurricanes in the second round of the NCAA Tournament with a sweep last season in Gainesville.

The 2022 spring schedule concludes with a match at UCF on Apr. 16 with the time to be announced later. UM was topped by the Knights, 3-2, at the Sunshine State Challenge this past season.

Fans will be allowed at both home matches with free admission.