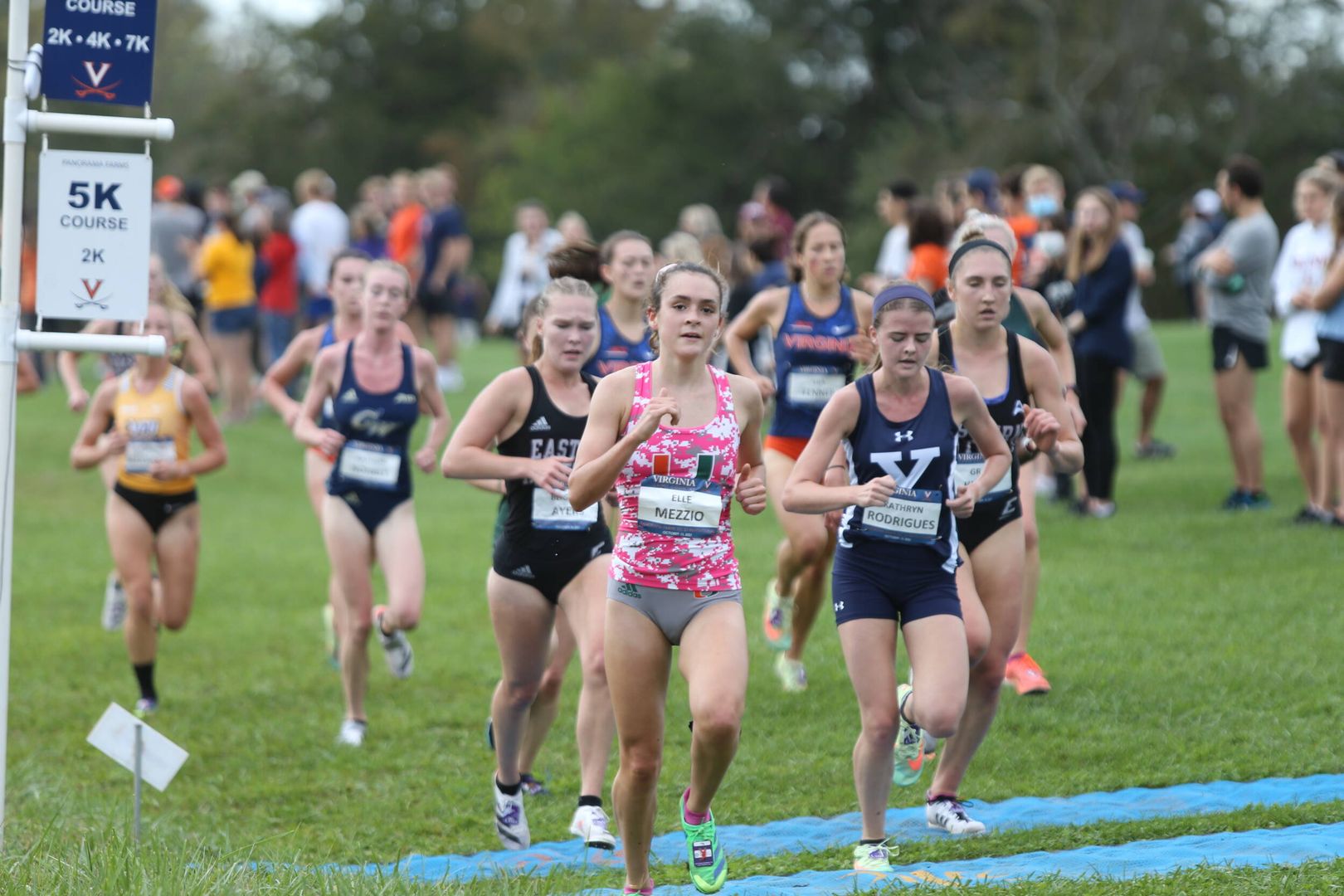 Mezzio Making Strides in Year One

CORAL GABLES, Fla. – What began as a way to get more involved in middle school, has evolved into a Division I athletic career for Elle Mezzio.

For Mezzio, cross country as an opportunity to represent her school. Little did she know though that she would end up finding a passion for the sport.

“In eighth grade, I wanted to be more involved at my school, so I looked at all the fall sports,” said Mezzio. “When I saw cross-country, I immediately thought about how much running I did for my club soccer team. I would help with the attack, but no one would cover me, so I’d always have to run all the way back. So, I thought to myself, ‘I already run so much in soccer, I should run for a medal myself.’

“After that, I grew to love trail running, meets, the running community and eventually running itself.”

The freshman from Atlanta made a seemingly effortless transition to collegiate racing despite having to navigate a new schedule both on and off the course.

As a freshman in college, Mezzio said there was an expected adjustment period. But what made her success was her ability to control her stressors in her first semester in Coral Gables.

“In general, the fact that college doesn’t have a daily structured schedule, every day is always different, so I had to learn to be okay with constant flexibility and managing my stress with that,” Mezzio added.

That stress management was evident to her distance coach, Cody Halsey.

“Elle did a really good job with keeping stress levels low heading to the line as well as in the race itself,” said Halsey. “I felt she ran very poised for such a young athlete who hadn’t competed at this level before.”

Mezzio made an immediate impact this fall when she ran in all six competitions for the Hurricanes, including two top finishes for the team.

She opened her career at The U with a first-place finish 5K time of 18:18.72 at the FAU Invitational but continued to push herself in training.

“I saw myself improve the most with pacing,” said Mezzio. “Every tempo we did was a personal best (for tempos) and my long run paces are the fastest they have ever been thanks to my wonderful teammates. I’m looking forward to continuing to push the pace.”

That work proved to be successful later in the season, when she posted the sixth-best 5K time in program history of 17:58.2 at the XC23 Invitational and the sixth-fastest mark at Miami in a 6K at the Paul Short Run where she clocked in at 21:28.1.

With cross country season in the rearview mirror, it is about looking forward to the track and field season for Mezzio and the Hurricanes. The Georgia native looks to continue taking strides forward as part of the distance group for Miami.

Halsey is looking forward to her joining the team, knowing just what she brings with her.

“She adds a stellar work ethic and wonderful attitude to practice and training,” said Halsey. “She’s a great teammate and I’m excited for her to experience more with our entire track and field squad.”

Even with strong times in the fall, the freshman distance runner knows it will take another level of focus to find the same success on the track.

“Each cross-country race is different with the scenery and difficulty of the course, but with track, it’s always a 400m track (for outdoor), so you have to channel another level of focus,” Mezzio added. “In the spring, I need to focus on the little things like daily recovery, proper nutrition, proper sleep and keeping outside of track stress low. I also can’t get discouraged when adjusting to more track workouts than cross ones.”

While she looks ahead to the spring and what’s next, Mezzio also knows that being a freshman she must enjoy the moment and be the best she can be in each race.

“As a freshman, I’m trying not to place any expectations on myself,” added Mezzio. “My goal is simply to be the best I can be at the moment and enjoy my freshman year at the best place, The U!”