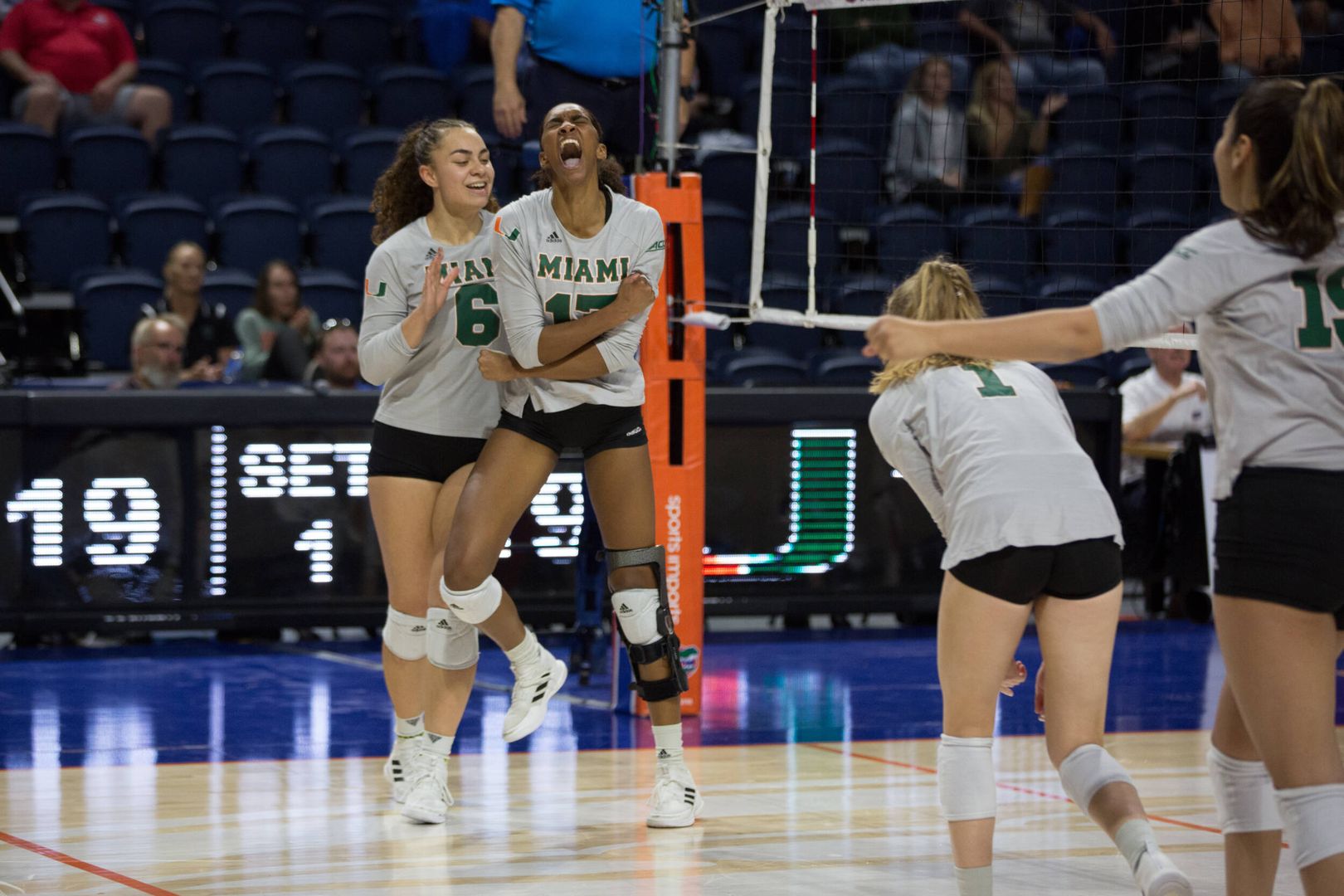 Miami Advances to Second Round with Win Over South Alabama

GAINESVILLE, Fla. – The 24th-ranked University of Miami volleyball team defeated South Alabama, 3-1, in the first round of the 2021 NCAA Division I Women’s Volleyball Championship on Thursday night inside Exactech Arena at Stephen C. O’Connell Center.

Miami totaled 13 blocks in the match, its 13th time this year with double-digit blocks in a game.

“First of all, congratulations to South Alabama,” said head coach Jose “Keno” Gandara. “They’re definitely a tough team and they played great. They challenged us at different times of the game in different ways. So, a lot of credit goes to them.

A quartet of Canes – Angela Grieve, Peyman Yardimci, Janice Leao and Janet Kalaniuvalu – registered double-digit kills in the first-round win. Grieve led the match with 19 kills to go along with a .300 hitting percentage. Yardimci tallied 13 kills, seven digs and three blocks to help Miami. Junior middle blocker Leao finished the contest with 12 kills and seven blocks, while Kalaniuvalu added 10 kills in the victory.

“These two players, Janice and Peyman, played well throughout the match,” added Gandara. “Janice was maybe one of our best in the match in the sense of when we were looking down, she helped us get excited about what we were doing. Sometimes we need that, and she gets credit for that. And Peyman hung in there tonight. We didn’t really call her number too often, but at the end of the game, she was ready and did a nice job. So, it was a good team win in many ways and we are just excited to play on.”

In a closely contested opening set with 16 combined ties and lead changes, it was South Alabama escaping with the win. After USA took a 15-14 lead to the media break, Miami went on a 3-0 run that included two kills from Aristea Tontai as the Jaguars had to call their first timeout. All even at 20 apiece, the Hurricanes utilized another 3-0 run to pull in front 23-20. However, South Alabama responded by closing the set with five straight points for the 25-23 win.

After dropping the first set, the Canes responded with .250 attacking percentage in the second set to control it. Miami went on an 8-3 run, started with back-to-back Yardimci kills, to begin the second frame and make USA use a timeout early. The Jaguars cut their deficit to two, 15-13, but the Hurricanes quickly extended its lead back out to five with three straight points which led to a South Alabama timeout. USA came within one point late at 20-19 after a 4-0 run. Miami finished the set on a 5-1 run to even the match at 1-1 with the 25-20 set victory.

Behind a pair of early runs, 4-0 and 3-0, the Canes held a 15-10 advantage at the media break. A 6-1 run following the break by USA evened the set at 16 all to make Miami use its first timeout. A Yardimci kill and ace from Priscilla Hernandez regained the Hurricanes lead to force a quick South Alabama timeout. The Jaguars rallied off four straight points to pull ahead, 22-21. Leao registered a kill to spark a 3-1 run for the Canes to put them back in front by one, 23-22. Both teams traded a trio of back-to-back two point runs that began with USA, though it was Miami that sealed the set, 29-27, with three straight scores.

Next up, the Hurricanes will face in-state rival Florida in the second round in Gainesville at 7 p.m. on Friday.