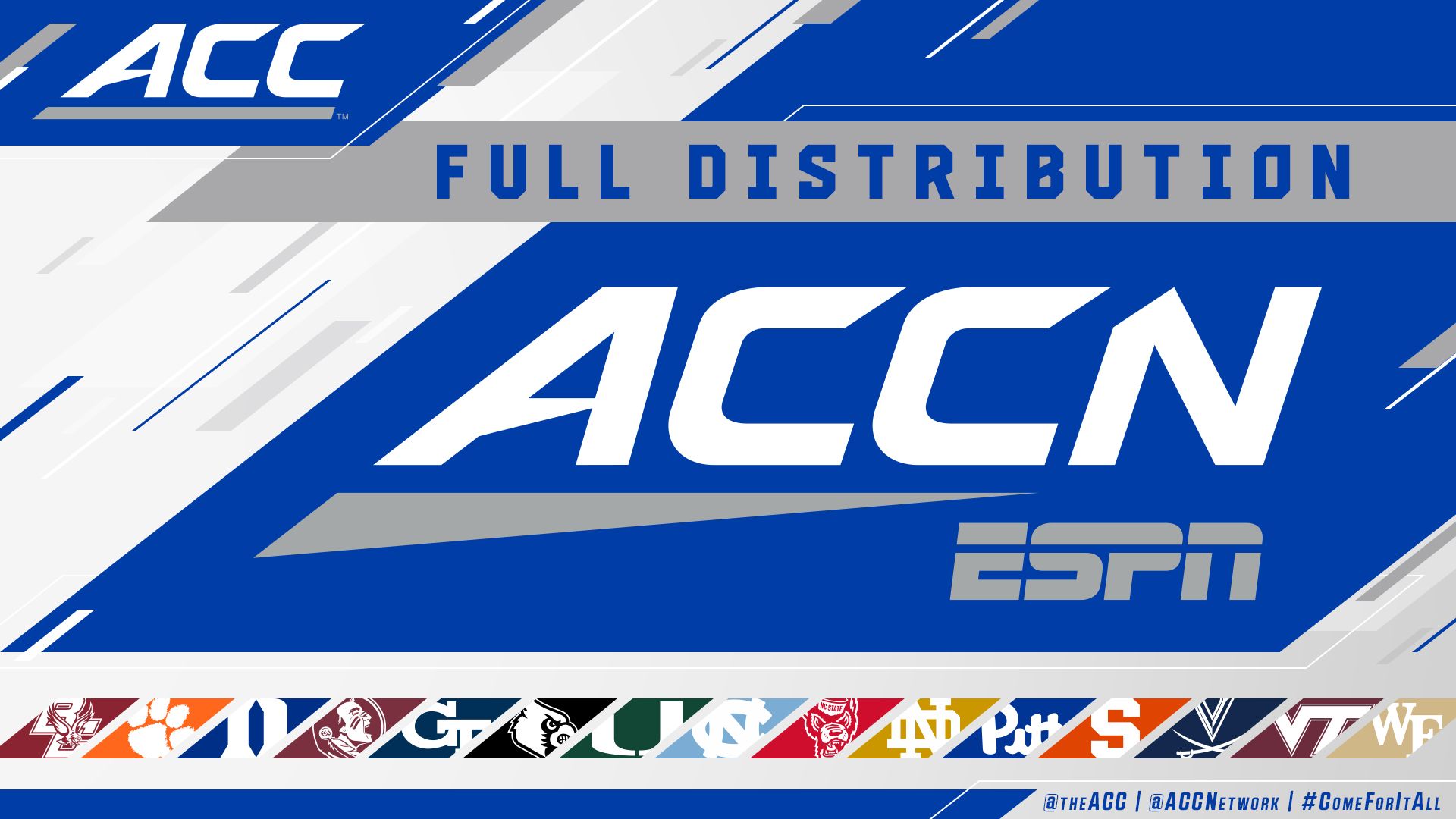 GREENSBORO, N.C. AND BURBANK, Calif. – Announced earlier today, Comcast will distribute ACC Network (ACCN) to its Xfinity customers, allowing fans and followers of the Atlantic Coast Conference to access the multiplatform network in the coming weeks. The availability of ACCN is part of Comcast and The Walt Disney Company’s content carriage agreement renewal that will continue to make Disney’s programming available to Xfinity TV customers.

With the addition of Comcast, ACCN is now fully distributed with every major satellite, telco and digital provider across the country, and available to nearly 90 million households. Further launch details in Comcast’s Xfinity markets will be available in the coming weeks.

“ACCN provides tremendous value to college sports fans, and we are excited about this agreement with Comcast, which ensures subscribers will have access to the full slate of content offered on ACCN and ACCNX,” said Ilan Ben-Hanan, Senior Vice President, Programming & Acquisitions, ESPN. “ACC fans will now have the opportunity to watch ACCN’s extensive lineup of live sporting events, studio shows and original programming in the coming weeks.”

“We are thrilled that ACC Network has reached full distribution with the addition of Comcast to our already robust lineup of providers,” said ACC Commissioner Jim Phillips, Ph.D. “ACC Network, led by Jimmy Pitaro and Burke Magnus, continues to be an outstanding partner that does a tremendous job of showcasing our student-athletes, coaches and programs. This is a milestone moment in the short history of ACCN, and we appreciate the continued leadership at Disney, ESPN and ACCN for working diligently to make this a reality.”

ACCN annually televises more than 500 regular-season and tournament games from across the conference’s 27 sponsored sports, including football, baseball, softball, field hockey, volleyball, wrestling, men’s and women’s basketball, lacrosse and soccer, plus a complement of news and information shows and original programming. Together, ACCN and its digital platform, ACCNX, combine to feature more than 1,500 ACC events each year. The network is an all-access pass to nationally competitive events, expert analysis, documentaries, classic games and in-depth features on the premiere athletic and academic conference in college athletics.