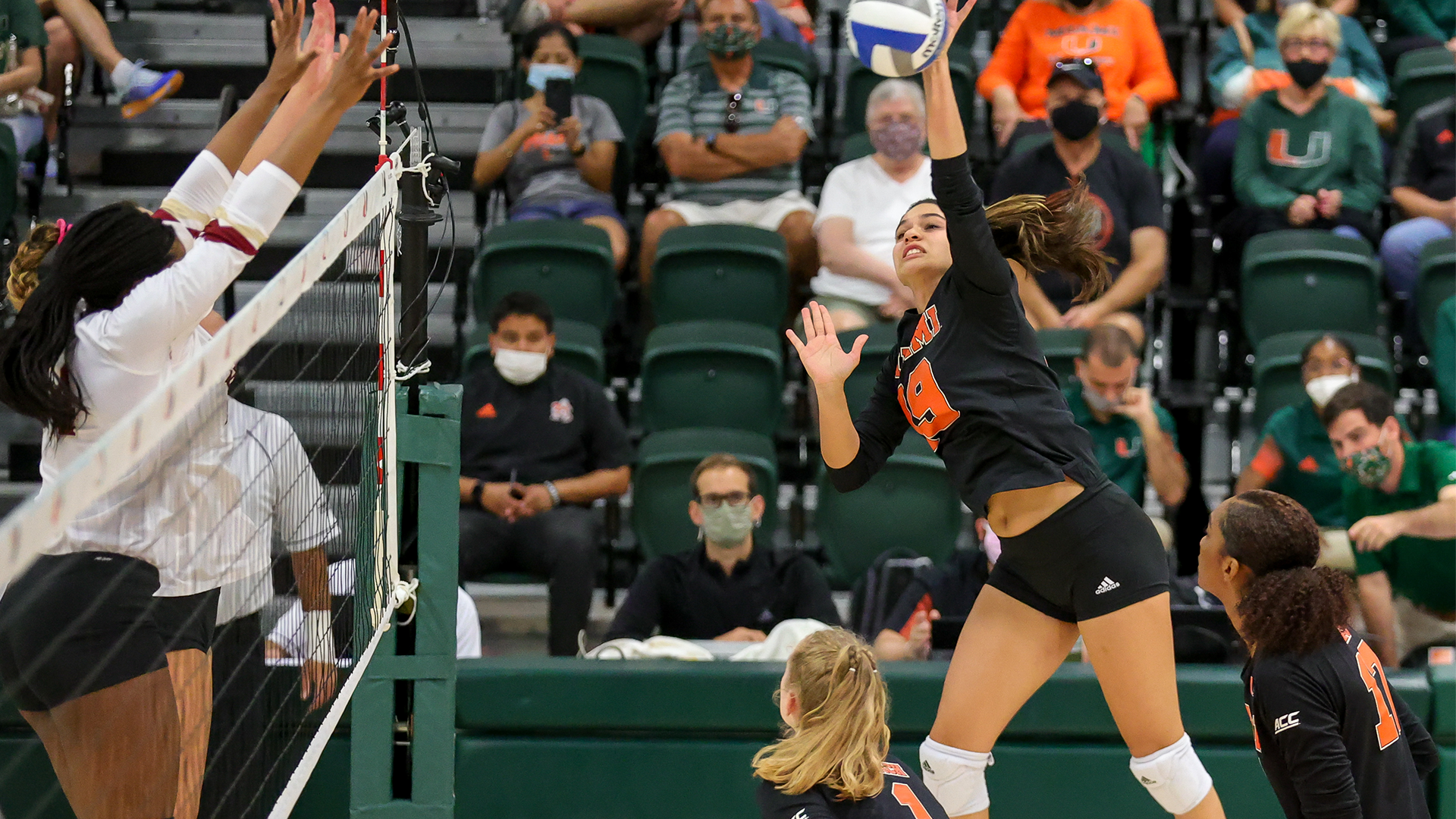 This is the second weekly conference honor of her career with the last coming on Nov. 2.

The freshman helped lead the Hurricanes to a 2-0 weekend on the road with a five-set win over in-state rival Florida State and a victory over North Carolina in four sets. Miami’s two wins marked season sweeps over both opponents, the first over FSU since 2008 and first over UNC since 2004.

Yardimci tallied 16 kills and 11 digs in the win over the Seminoles for her third career double-double.

She recorded a weekend attacking percentage of .224 with 27 combined kills.

Miami returns to action on Wednesday for Senior Day and its regular season finale in the Knight Sports Complex at 3 p.m. against Wake Forest.