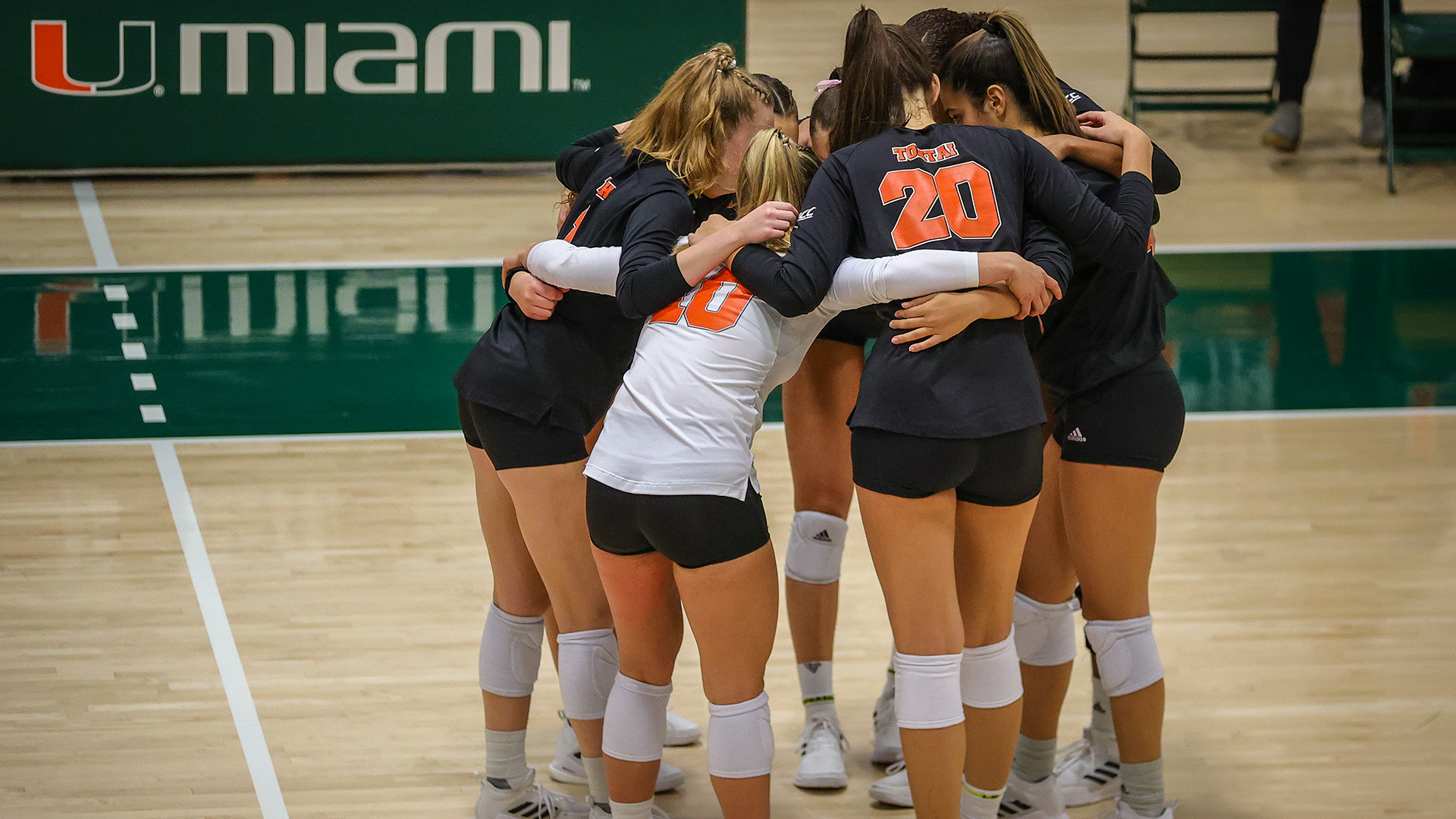 None of which is more important than Friday’s contest at 6:30 p.m. against Florida State in Tallahassee.

The rivalry looms large each time the schools face each other, though this time there are NCAA tournament implications at stake. Miami enters the match 15th in RPI and FSU is 11th.

Despite the high ranking, the Hurricanes are focused on one thing: beating Florida State.

“I think it’s always entertaining to keep track of things like the RPI and NCAA tournament projections, but that’s all it is, entertainment,” said head coach Jose “Keno” Gandara. “It is stuff to kill time in between matches. In my experience, if you invest much energy into that stuff, you’re in trouble. We’re proud of what we’ve done so far, regardless of what that formula or the volleyball community suggests. I’d bet FSU is as well.”

Earlier this season, Miami walked away with a 3-1 victory in Coral Gables. However, the Canes know not to expect the same Seminoles team they faced on Oct. 6 and the challenge faced with being on the road.

“They’re excellent, as always, they’ll make adjustments based on the last time we played, and we have to battle them on their turf, which is always a huge challenge,” added Gandara. “Regardless of the implications outside of the match itself, it’s FSU versus Miami. I’m not sure we need much more than that to understand the gravity of the match.”

Since the prior meeting, the Hurricanes have gone 8-2 and improved to 21-4 (12-3 ACC), despite having a young team with seven freshmen.

Throughout the year, those first-years have found their footing on the court. Peyman Yardimci has posted 56 kills over the last six matches, hitting .389 or better in each of those contests. Yaidaliz Rosado enters Friday following a career-high 14 digs against Clemson on Nov. 13. Hanna Bissler has been instrumental off the bench to provide support for the Canes defensively this season.

“I think both teams have made some improvements – there are lots of young people on both teams,” Gandara said. “That’s where the biggest changes have happened. Peyman is a different player, almost unrecognizable since that match. Both Yaidaliz and Hanna are much, much improved. FSU has some young players who have grown a bunch in a short time. Young teams make fast progress, so I wouldn’t be surprised if this match felt way different than last time.”

On paper, the teams are almost identical. Florida State sits just a spot behind Miami in the ACC standings in fifth with a 19-6 overall record, including an 11-4 mark in conference play.

“I really think our teams are pretty similar,” added Gandara. “What the offensive strengths and weakness are. The importance of our defense to our respective identities. So, what we’ll need to do is be good solving the problems we present ourselves in our own gym, because they’ll probably be similar to those we see in the match.”

Friday’s match will be available on ACC Network Extra.