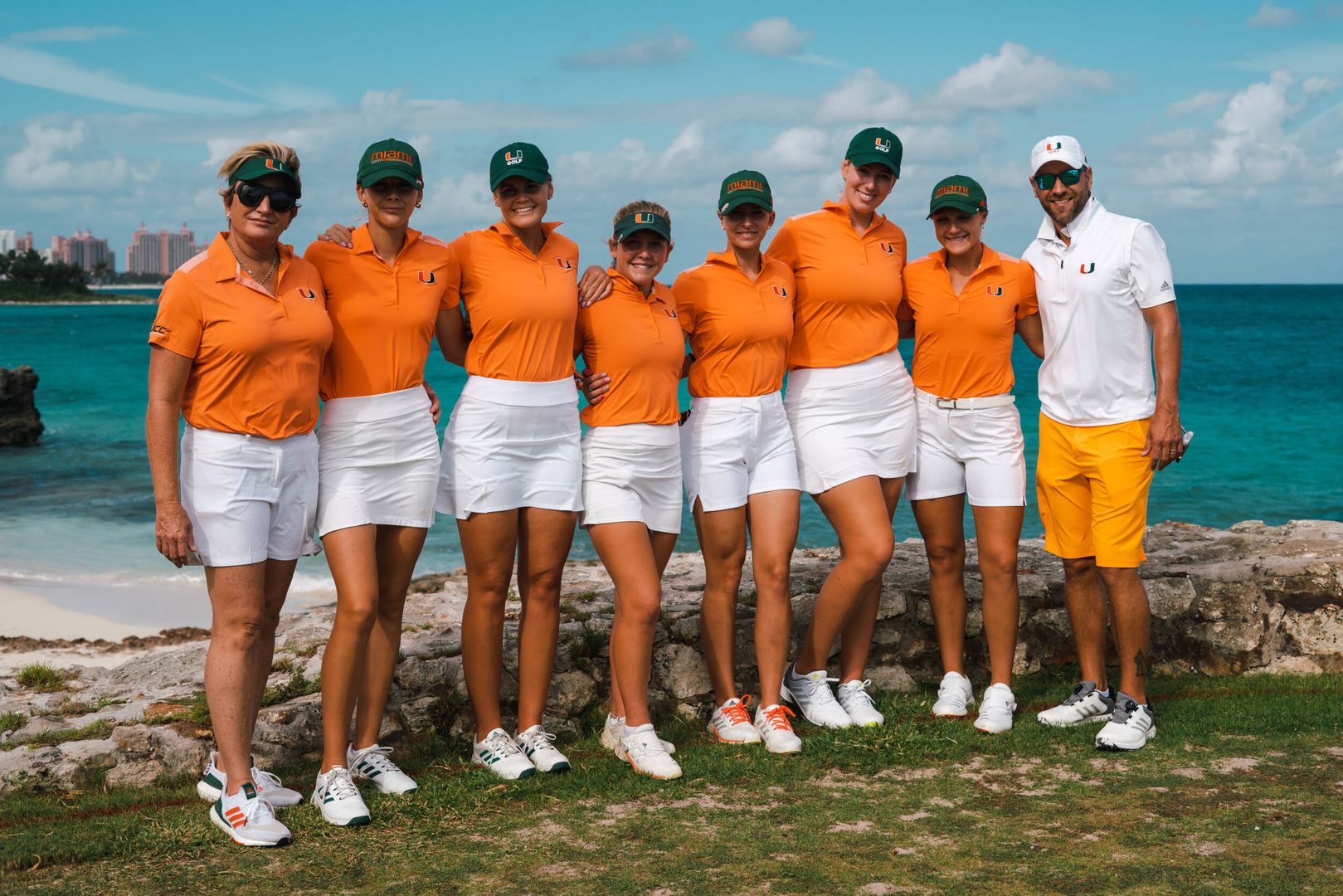 PARADISE ISLAND, Bahamas – The University of Miami golf team continues to rack up top-three finishes, placing third at the White Sands NCAA Invitational on Sunday, a tournament they hosted at the Ocean Club Golf Course at Atlantis Paradise Island.

“They put a lot of pressure on themselves coming into the tournament because they were supposed to win,” head coach Patti Rizzo said. “Heading into the final round, they were so many shots behind that I told them to just go play and let go of all the stress and expectation. When they did that, they played like themselves – extremely well. I’m very proud of their performance today.”

After shooting six-over par (294) in round one and five-over par (293) in round two, the Canes had significant ground to make up heading into the final round on Sunday. Miami rose to the challenge, playing a round-best 13-under par (275) over the final 18 holes to take home third in the invitational.

The Hurricanes dominated holes one, two and three on Sunday, posting a score of five-under on those holes to drop the total team score to three-over par. Four Miami golfers shot even-par or under in the final round to bring the team total to two-under par.

Three Canes finished in the top 10 in the individual standings on Sunday, including fifth-year senior Kristyna Frydlova who shot a 67 (-5) in the final round to rise to a team-best tied-fifth-place finish.

Fourth-year junior Anna Backman (even) and second-year freshman Sara Byrne (+1) ended the tournament tied for eighth and tied for 10th, respectively. Byrne led all golfers with 15 total birdies in the invitational, six of which came in the final round.

Backman and Frydlova both tallied 12 birdies each to finish in the top five in total birdies and sat third and fourth in the field with a par-three scoring average of 2.83 (-2) and 2.92 (-1), respectively.

Sitting tied-36 after round one, third-year sophomore Daniella Barrett stormed back over the next two days, climbing 19 spots to end the tournament tied-17 with a score of 221 (+5). The Finland native dominated the final round finishing as one of two Canes to go four-under par on Sunday.

Third-year sophomore Franziska Sliper posted her best round of the tournament on day one (-1), while third-year sophomore Morgan Pankow posted two scores of 76 in the first and third rounds. Pankow and Sliper finished in 16th and 33rd, respectively.

“We want to thank Global Golf Management and the Bahamas Administration of Tourism because without them, this never would have happened,” Rizzo said. “I was born and raised in Miami and this, to me, also feels like home. The beaches and the ocean are beautiful and Paradise Island and the Atlantis resort are truly incredible.”

The Canes will take a break from competition until Feb. 6-8 when they head to Orlando, Fla., for the UCF Challenge.