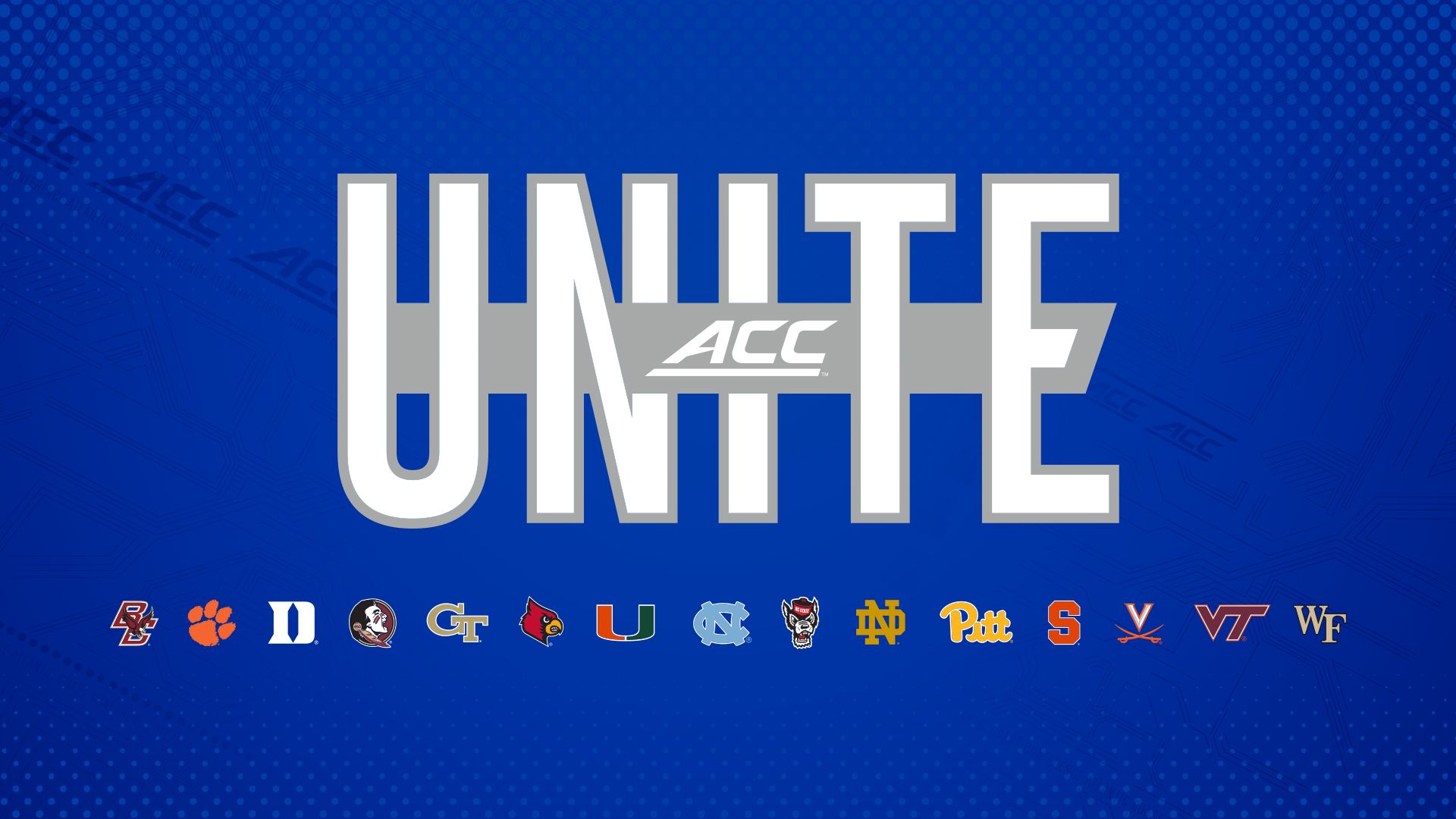 GREENSBORO, N.C. – As part of the Atlantic Coast Conference’s continued commitment to inclusion, social justice and racial equity, the league has announced plans for the conference’s second annual Fall Unity Week, which will be held Oct. 23-30.

The theme for the 2021-22 academic year is ‘Awareness to Action,’ which is intended to challenge each individual to get involved in activities that promote unity and connect with people and organizations that affect positive change in our communities.

“The continued commitment and work by CORE and our member institutions surrounding racial and social justice is significant,” said ACC Commissioner Jim Phillips, Ph.D. “Earlier this year, we recognized the incredible pioneers in this league with the inaugural UNITE Award and I look forward to another amazing Unity Week. Our commitment to racial and social justice remains constant and will never waiver.”

ACC Unity Weeks are an initiative of the ACC’s Committee for Racial and Social Justice (CORE – Champions of Racial Equity) and have been developed in conjunction with its 15 member institutions. The league celebrated three Unity Weeks last year (Fall, Winter, Spring) and will do the same during the 2021-22 academic year.

Each of the ACC’s fall sports are in action that week, including the ACC Cross Country Championships on Oct. 29, which will be the conference’s first championship of the 2021-22 school year. Eleven ACC football teams have home games during one of the two weekends that bookend ACC Unity Week.

Earlier this fall, the ACC announced the recipients of the inaugural ACC UNITE Award, which was created to honor individuals affiliated with the league who have made an impact in the areas of racial and social justice. In the first year of the award, the league is celebrating the individuals who – according to available information – were the first male and female athletes of color to integrate the athletic teams at each current ACC institution.

Among the ACC’s initiatives during Unity Weeks: