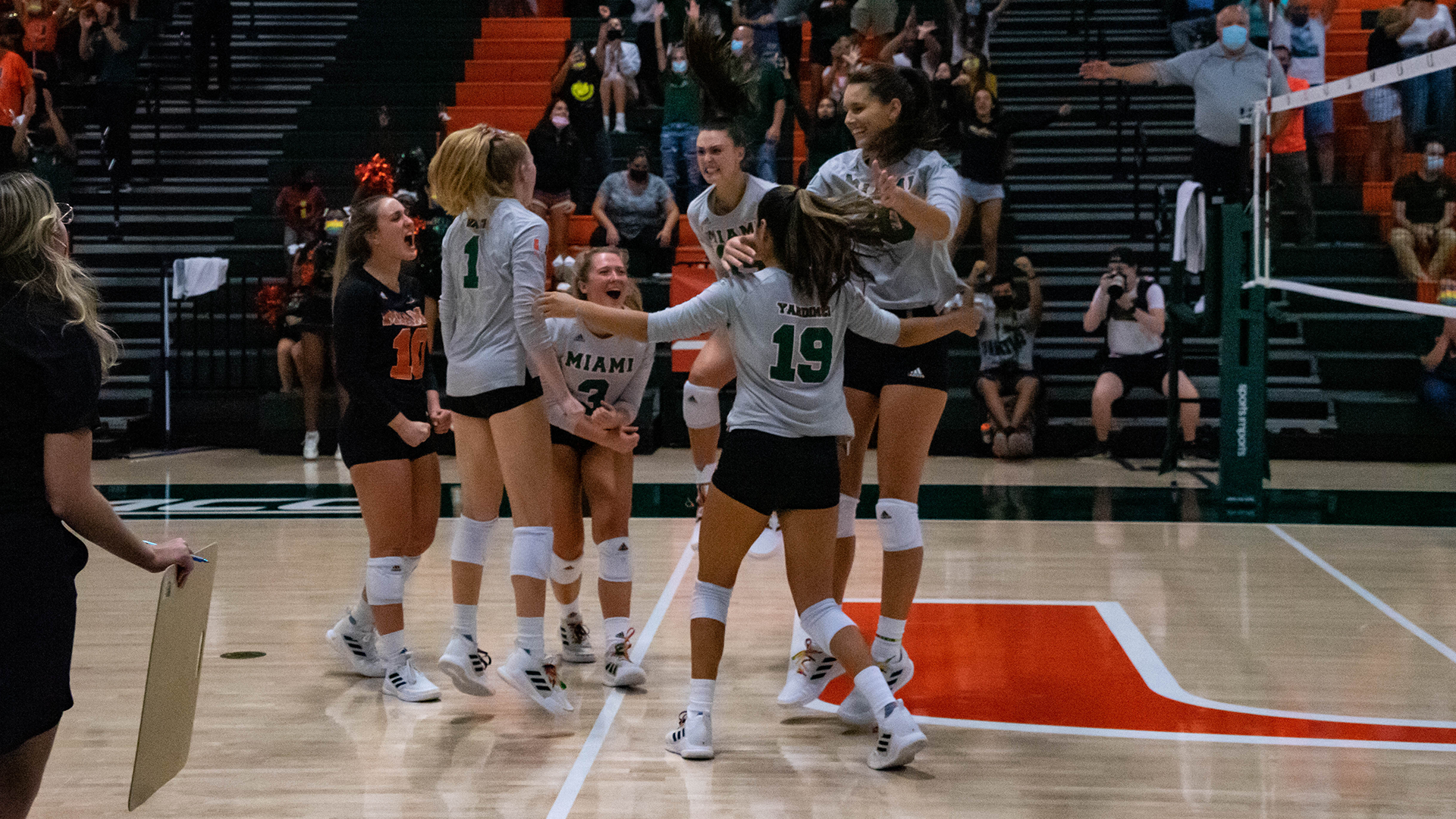 DURHAM, N.C. – The University of Miami volleyball team earned its 11th sweep of the season on Friday night over Duke inside Cameron Indoor Stadium.

“This was a tough stretch for us, four matches in eight days,” said Miami volleyball head coach Jose “Keno” Gandara. “We’ve had it circled on the calendar since the schedule came out. We wanted it to define our season. We didn’t shy away from that, even back in June. To beat four outstanding opponents in hardly a week is a cultural expression of our toughness. Anti-fragility is getting better as the level of challenge goes up. It’s pretty hard to argue that we haven’t gotten better over this stretch.

“For the first time in a while, it felt like the offense carried us a bit. Angela [Grieve] was excellent. Peyman [Yardimci] was too. Janice [Leao] and Savannah [Vach] are playing at an All-American level right now. Every single one of these girls has earned the right to win, and now, earned the right to have a couple days off to recover and prepare for practice next week.”

Janet Kalaniuvalu and Angela Grieve both hit over .300 in the match, each with two errors. Kalaniuvalu tabbed an attacking percentage of .391 with 11 kills off 23 attacks. Grieve recorded 13 kills and 36 attacks.

Savannah Vach tallied a match-best 36 assists, while Priscilla Hernandez had a match-high 12 digs.

It was a hitting clinic for the Canes in the second set, posting an attacking percentage of .517 with 17 kills on 29 attacks and just two errors. Duke used a 3-0 run to cut the UM lead to five, 17-12. Miami never looked back as it cruised to the 25-15 set two victory.

Back-to-back kills from Leao sparked a 5-0 run for Miami to push in front, 9-5. UM used its first timeout of the set after Duke regained the lead, 13-12. The teams traded rallies down the stretch as Duke was forced to use its first timeout of the set following back-to-back blocks from the combinations of Leao, Vach, and Aristea Tontai to put UM up by one, 20-19. The Canes went on a 4-0 run to close out the match with the 25-21 win.

Miami returns home to the Knight Sports Complex on Oct. 15 at 7 p.m. against No. 2-ranked Pittsburgh for its Hispanic Heritage game.