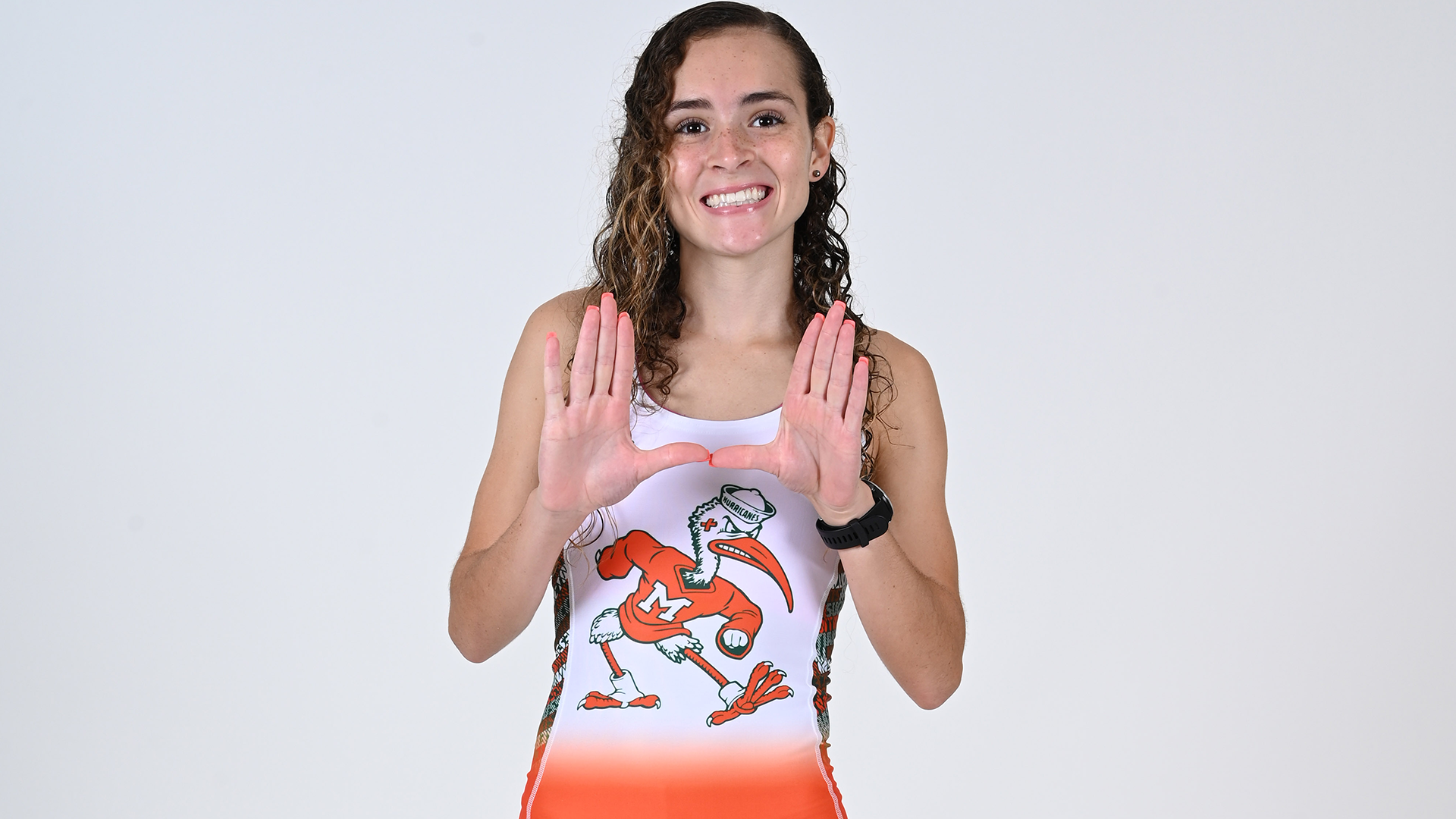 She is the second Hurricane runner to garner the honor since its creation in 2016. Maryam Jawid was named ACC Freshman of the Week on Sept. 27, 2017.

“At first, I was a bit in disbelief when I found out I was chosen as ACC Freshman of the Week,” said Mezzio. “I know how big of a deal that is. It was a distant goal of mine, so it is really cool that it has been achieved. I’m overfilled with joy, and more confident in myself to keep doing the little things right. Thank you to my amazing family, friends, teammates, coaches, and the entire team at Miami that is helping me be the best version I can be of myself.”

In a weekend that featured a full-slate of cross country and six high-profile races, including the Joe Piane Notre Dame Invitational, Mezzio helped lead Miami to a team title in the brown division 6k at the 47th Annual Paul Short Run. The Hurricanes defeated eight nationally ranked teams to claim the title with 70 points, besting the second-place team by 97 points.

The freshman runner finished eighth individually with the sixth-fastest time in program history and new collegiate personal-best at 21:28.1.

“It’s been fun watching Elle grow in just a few short months,” said distance coach Cody Halsey. “This is a huge accomplishment not just for her, but for our program as a whole. I’m excited about where we are headed.”

Miami returns to action for its final regular season meet, the XC23 Invitational, on Oct. 15 in Charlottesville, Va.