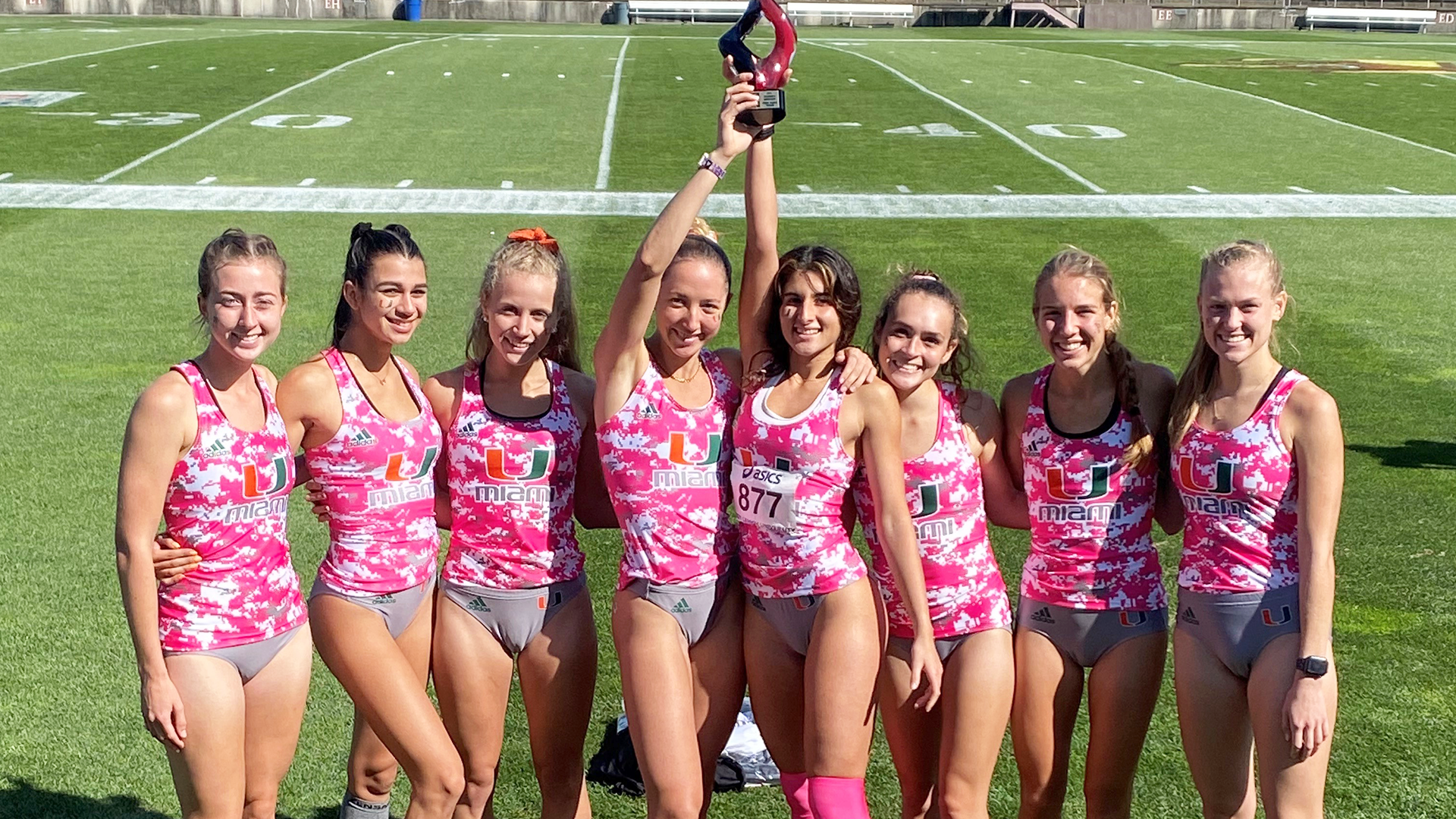 BETHLEHEM, Pa. – It was a stellar showing for the University of Miami cross country team as the women won the brown division 6k on Friday afternoon at the 47th Annual Paul Short Run.

In dominating fashion, winning by a 97-point differential over the second-place team, the women posted 70 team points to claim the brown division team title.

“I’m so excited with the development and progression of this program,” said head coach Cody Halsey. “Today was a great day for these kids to showcase their fitness, but also their confidence in themselves and each other. Both the men and women averaged a minute faster than two weeks ago, that’s huge.

“The women are really coming along. Each week I see huge steps in the right direction. They deserved that win today. They show up [at home in Miami] every day with positive attitudes and the desire to be better. I’m really proud of how hard each of them fought today. Their belief in each other never wavered.”

Daphnee Lavassas led all UM runners on the afternoon, placing third with the second fastest 6k time in school history at 21:08.2.

Joining Lavassas in the top-10 was Elle Mezzio who claimed eighth. Her finishing time of 21:28.1 marks the sixth best 6k time in the school record book.

Finishing 13th with the seventh quickest 6k time in program history came Natalie Varela in 21:38.3. Capping off the top-25 Canes and program top-10 6k marks was Morgan Johnson. She crossed the finish line in a time of 21:54.4, 10th fastest program time, to place 22nd.

Emma Langlois ran in a time of 22:00.2 was the fifth Miami racer to cross the end line to finish in 29th.

“The men looked night and day different than two weeks ago,” Halsey added. “They ran a much smarter race. After FSU we went back to work and it showed today.

“I’m really excited for Austen (Cannon) to place in the top-25. It’s a testament to the hard work he put in after a poor performance. I’m really proud of him. Colin (Wilson) also had a big day! I’m excited to see this group of guys develop over the next month.”

Miami wraps up its regular season on Oct. 15 in Charlottesville, Virginia, at the XC23 Invitational hosted by Virginia.