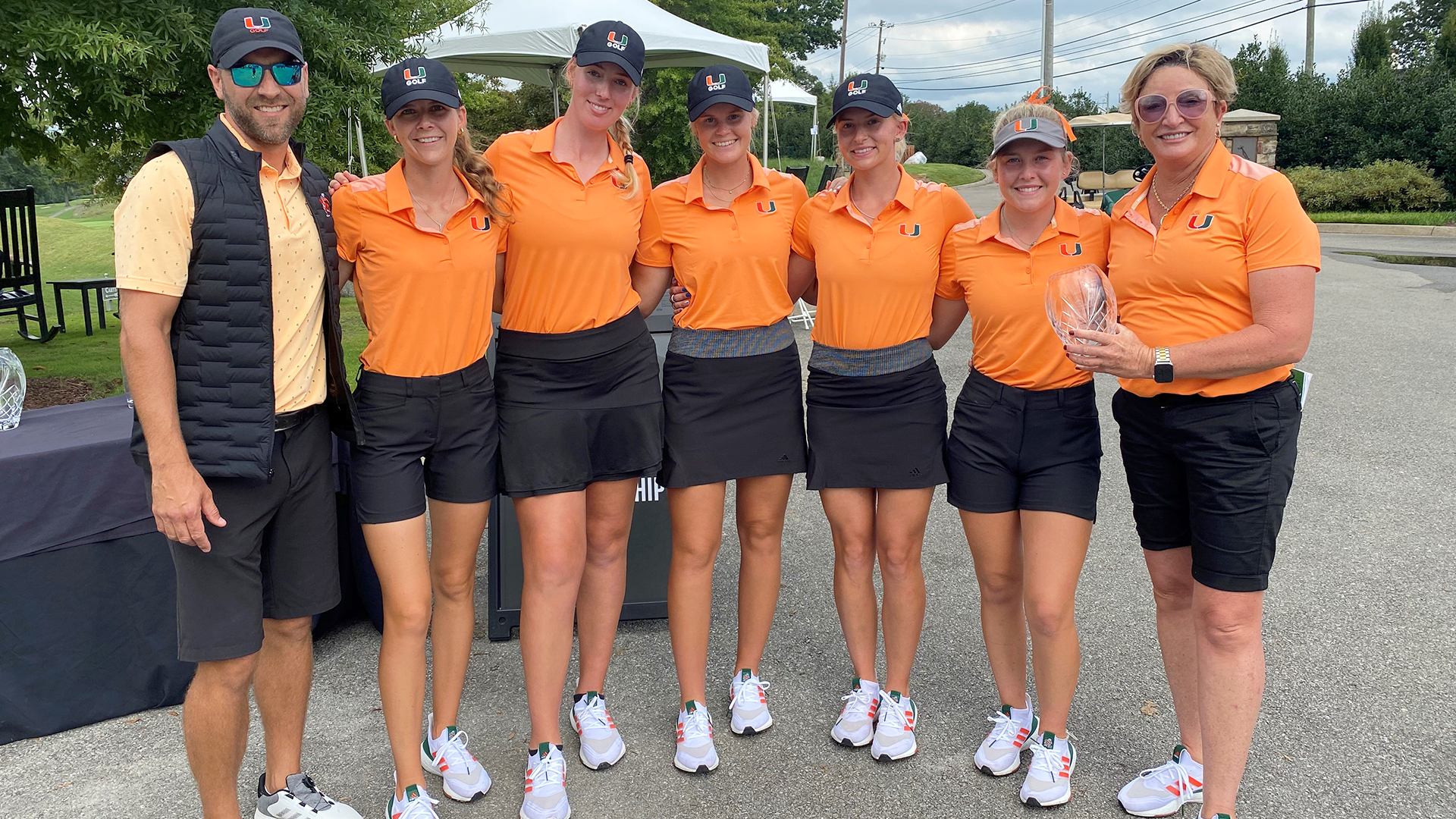 KNOXVILLE, Tenn. – The University of Miami golf team placed second with a score of 857 (+5) at the two-day Mercedes-Benz Collegiate Championships on the par-71, 5,946-yard Cherokee Country Club on Monday and Tuesday.

The Hurricanes finished just three strokes behind BYU (854) and seven strokes ahead of UTSA, Chattanooga, and Augusta who all tied for third with a 54-hole score of 864 (+12).

Miami finished ahead of three top-25 teams according to Golfstat, No. 22 Maryland by 12 strokes, No. 19 Virginia Tech by 14 strokes, and 21 strokes better than No. 21 Kent State.

“The girls hung in there all 54 holes, I’m very proud of them,” said head coach Patti Rizzo. “We made a few small mistakes in the end and gave it away, but we will learn from this and get tougher and stronger. We know where our mistakes were and will fix them for next time.”

Daniella Barrett carded a 216 (+3) 54-hole score in the tournament. She fired a third-round score of five-under (66) to close out the tournament by shooting up 40 spots on the individual leaderboard and earn a top-20 finish, tied for 16th.

Following about two and a half weeks off, Miami returns to action on Oct. 17 and 18 at the Jim West Challenge in San Marcos, Texas.