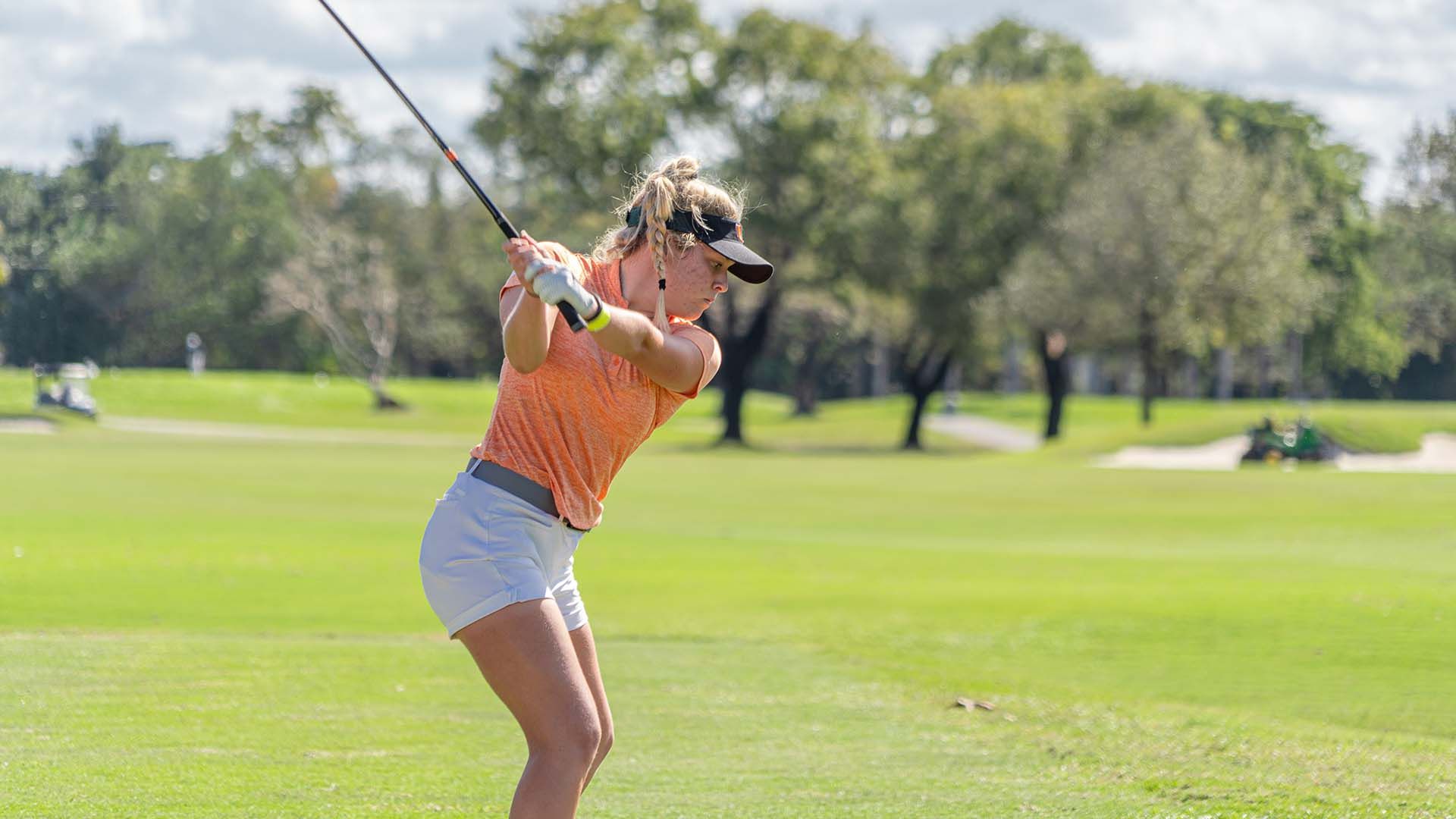 Hanahan, S.C. – Sara Byrne, Anna Backman, and Franziska Sliper all earned top-30 finishes to pace the University of Miami golf team in its season opening tournament, the Cougar Classic, on Monday and Tuesday.

“The girls were disappointed in their performance, they felt like they could’ve played much better. Although it was the first event in a while for them, we will have to just consider it a good warm-up,” head coach Patti Rizzo said. “We are definitely looking forward to competing and having more success at the next tournament. It wasn’t a bad performance, but it definitely was not a great one.”

Byrne opened the tournament by firing four birdies in Round One to finish 2-under after 18-holes. She capped off the first tournament of the season with back-to-back rounds of 73 (1-over), ultimately finishing even-par (216) to tie for 24th.

Following a strong second and third rounds of play, Sliper posted two straight rounds under par with a 71 (1-under) and 70 (2-under) to shoot up 16 spots on the individual leaderboard. She finished with a 54-hole total of 1-over (217), tying for 29th.

Backman also recorded a 29th-place finish with a one-over par performance. The fourth-year junior shot a second-round score of 68 (4-under) on Monday and a final 18-hole total of 1-over (73) on Tuesday.