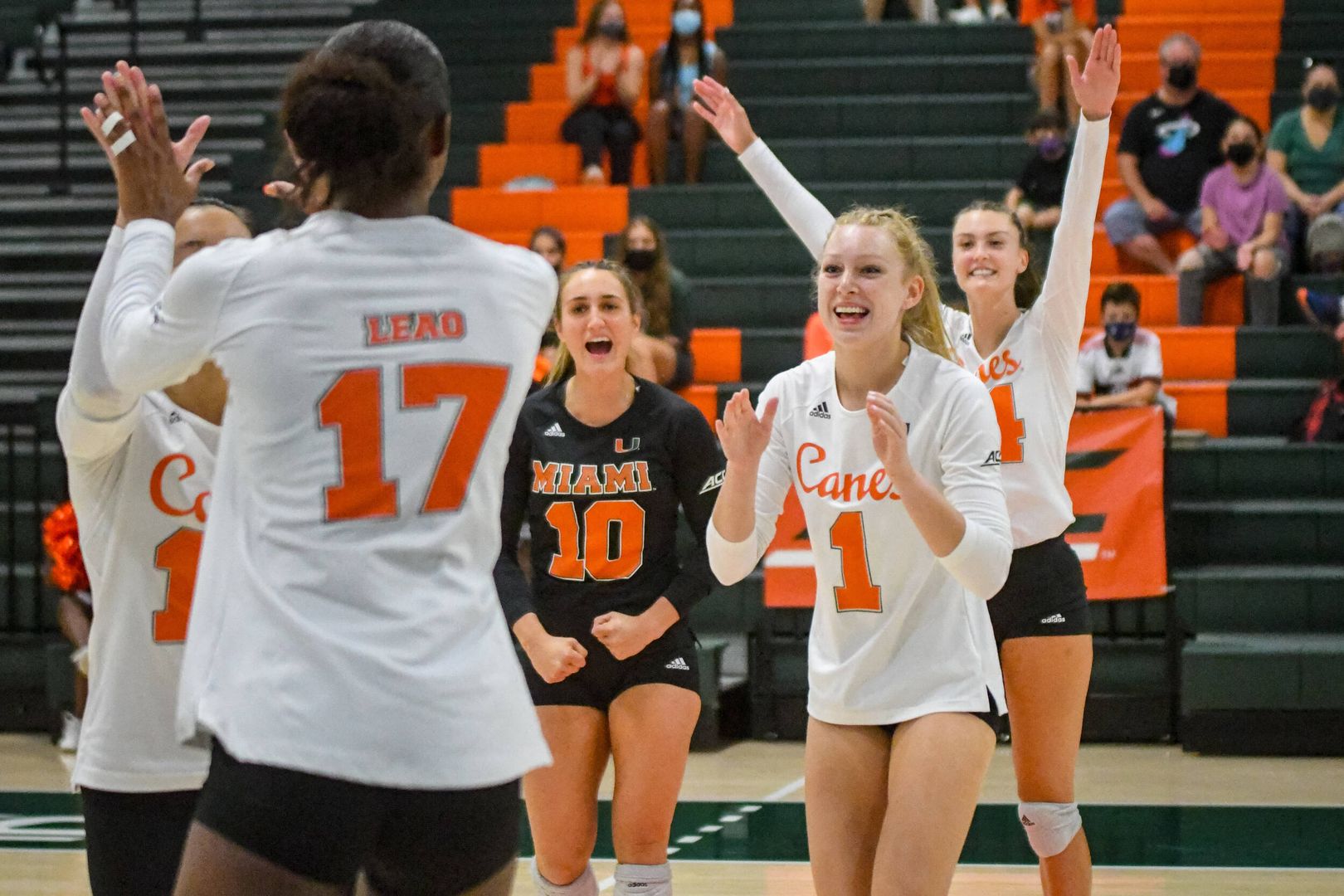 CORAL GABLES, Fla. – The University of Miami volleyball program continued its unbeaten surge on Sunday afternoon, finishing off a home-and-home weekend against USF with a 3-0 victory.

The Hurricanes improved to 5-0 on the season with the win at the Knight Sports Complex after capturing a 3-1 result on the road against the Bulls on Friday night. Miami’s 5-0 start to the season matches its best since 2017, when the Hurricanes started 6-0 en route to their last NCAA postseason appearance.

“So far, we’ve passed all the tests,” head coach Jose ‘Keno’ Gandara said. “We lost a set on Friday and hadn’t done that yet, and we responded. Today, we’re down big twice and we made the comebacks – so far, so good.”

Miami was in control from the outset in the first set, cruising to an early lead and emerging with a 25-15 victory.

Miami showed some moxie in the second set after trailing 7-0 and 13-5. The Hurricanes fought back to tie the set at 14-14, and after trailing once again, came from behind for a 25-23 win. Peyman Yardimci’s kill put the Hurricanes up 2-0 in the match.

Hanna Bissler’s serving in the second set was critical to the comeback, Gandara said.

“There’s a sense of resiliency to this group,” Gandara said. “This group is not a fragile group. We can coach them hard, and they can be in tough spots, but they solve problems and make good stuff happen.”

Yardimci ranked second on the Hurricanes with 15 kills Sunday, while Angela Grieve led Miami with 16.

The Hurricanes found themselves trailing the Bulls (1-4) in the third set, but once again showcased some toughness by battling back. Miami trailed 21-15 before a run of six straight points – highlighted by a kill from Grieve on the sixth point – tied the match at 21-21.

A kill from Damon, who served in an outside hitter role for the first time since high school, sealed the victory for the Hurricanes to finish off a clean weekend sweep.

The Hurricanes next to turn their attention to the Texas State Invitational, where they will battle the host Bobcats on Sept. 10 and Alabama on Sept. 11.

“I feel good about heading to Austin next week to play those two teams,” Gandara said. “I think we’ve seen some different things – we’ve dominated teams and we’ve also had some tough battles. We’ve lost sets. We just keep responding. The most important thing is what happens on Tuesday…are we good in practice on Tuesday? We’ve been really good in practice all year. We’re optimistic. I think there’s something here.”