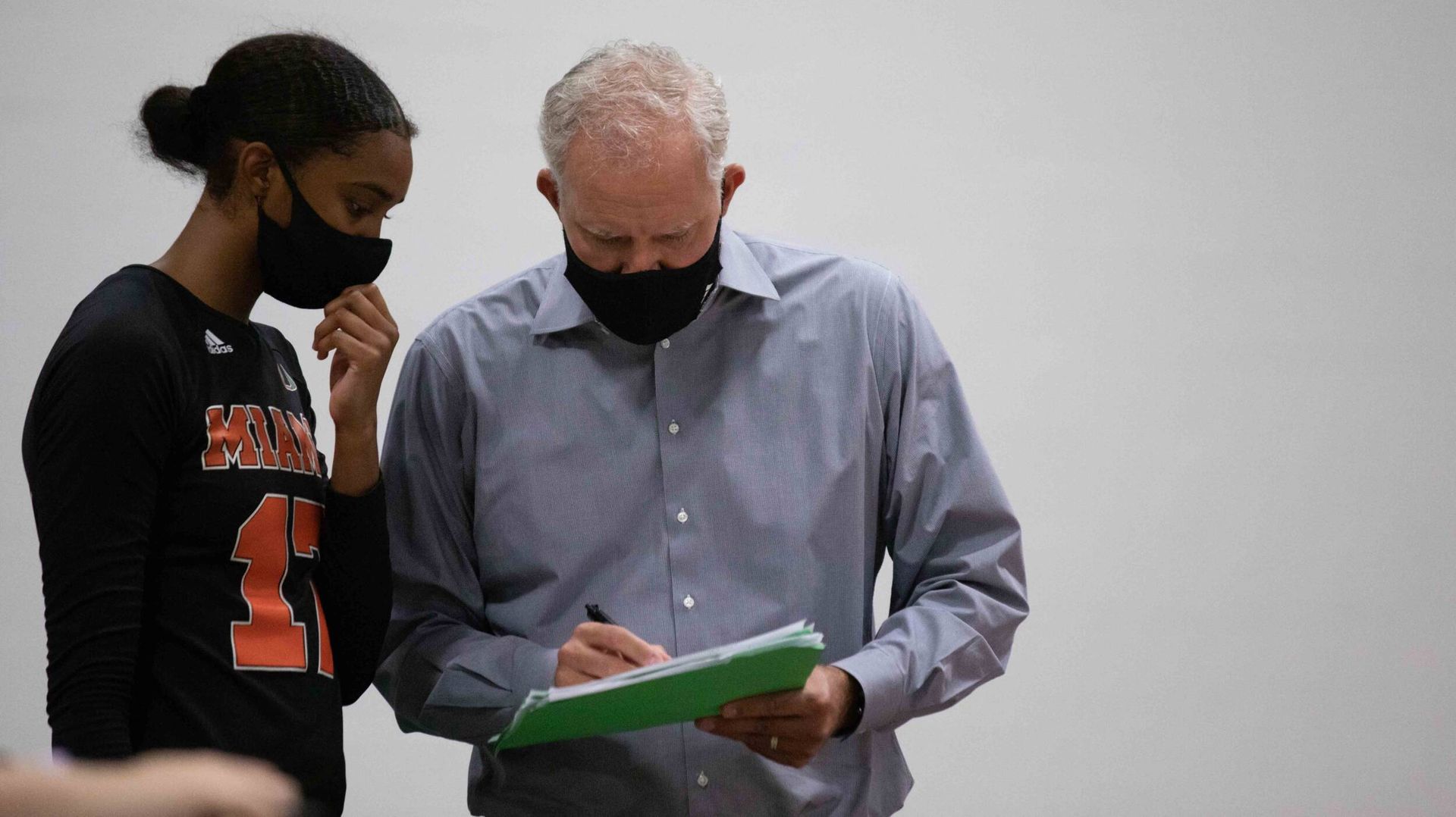 The Hurricanes will play 28 regular season competitions between Aug. 27 and Nov. 24. Eleven of those outings, as well as prior exhibition affair, will take place on their home court at the James L. Knight Sports Complex.

“Scheduling is always tricky—even more so with the quick turnaround from spring and ongoing pandemic,” Gandara said. “To end up with the schedule we have, we feel really fortunate to play the level of competition we will and maximize the RPI formula that has been prevalent for NCAA tournament résumés for years now. Mostly, I’m excited to get back into the Knight and compete again.”

Miami begins the season with a home exhibition matchup against Nova Southeastern (Aug. 20, 6:30 p.m.) and then starts the regular season one week later with three matches in as many days. 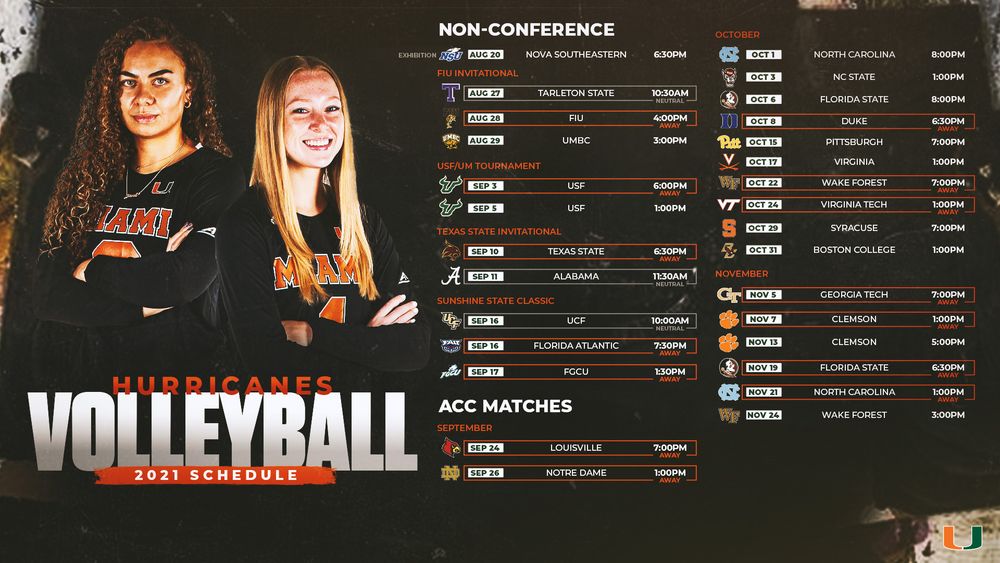 Miami begins the season with a home exhibition matchup against Nova Southeastern (Aug. 20, 6:30 p.m.) and then starts the regular season one week later with three matches in as many days.

Up next for Miami is a home-and-home with an in-state foe in the USF/UM Tournament. The Hurricanes will travel to Tampa, Fla., to play the Bulls (Sept. 3, 6 p.m.) before welcoming them to the Knight Sports Complex two days later (Sept. 5, 1 p.m.).

Gandara’s team continues play the next weekend in San Marcos, Texas, at the Texas State Invitational. After a road match against the homestanding Bobcats (Sept. 10, 6:30 p.m.), Miami faces Alabama (Sept. 11, 11:30 a.m.) on a neutral floor the following day.

To conclude non-conference competition, the Hurricanes will compete in the Sunshine State Classic at Florida Atlantic in Boca Raton, Fla. Miami opens play there with a doubleheader against UCF (Sept. 16, 10 a.m.) and Florida Atlantic (Sept. 16, 7:30 p.m.) before squaring off with FGCU (Sept. 17, 1:30 p.m.) the next day.

Miami opens ACC action with a visit to the league’s westernmost schools, first playing at Louisville (Sept. 24, 7 p.m.) before competing at Notre Dame (Sept. 26, 1 p.m.) to cap the weekend. The outing versus the Fighting Irish will be broadcast live on ACC Network.

The Hurricanes have a three-match homestand to begin October, with matches scheduled against North Carolina (Oct. 1, 8 p.m.), NC State (Oct. 3, 1 p.m.) and Florida State (Oct. 6, 8 p.m.). The showdowns against the Tar Heels and Seminoles will be televised live on ACC Network.

The Hurricanes will then conclude their 2021 regular season slate with a home contest versus Wake Forest (Nov. 24, 3 p.m.), with action televised live on ACC Network.

Miami Athletics is planning for fan attendance at the James L. Knight Sports Complex in accordance with campus protocols. Face masks will be required to be worn at all times. Please be advised these protocols remain subject to change.