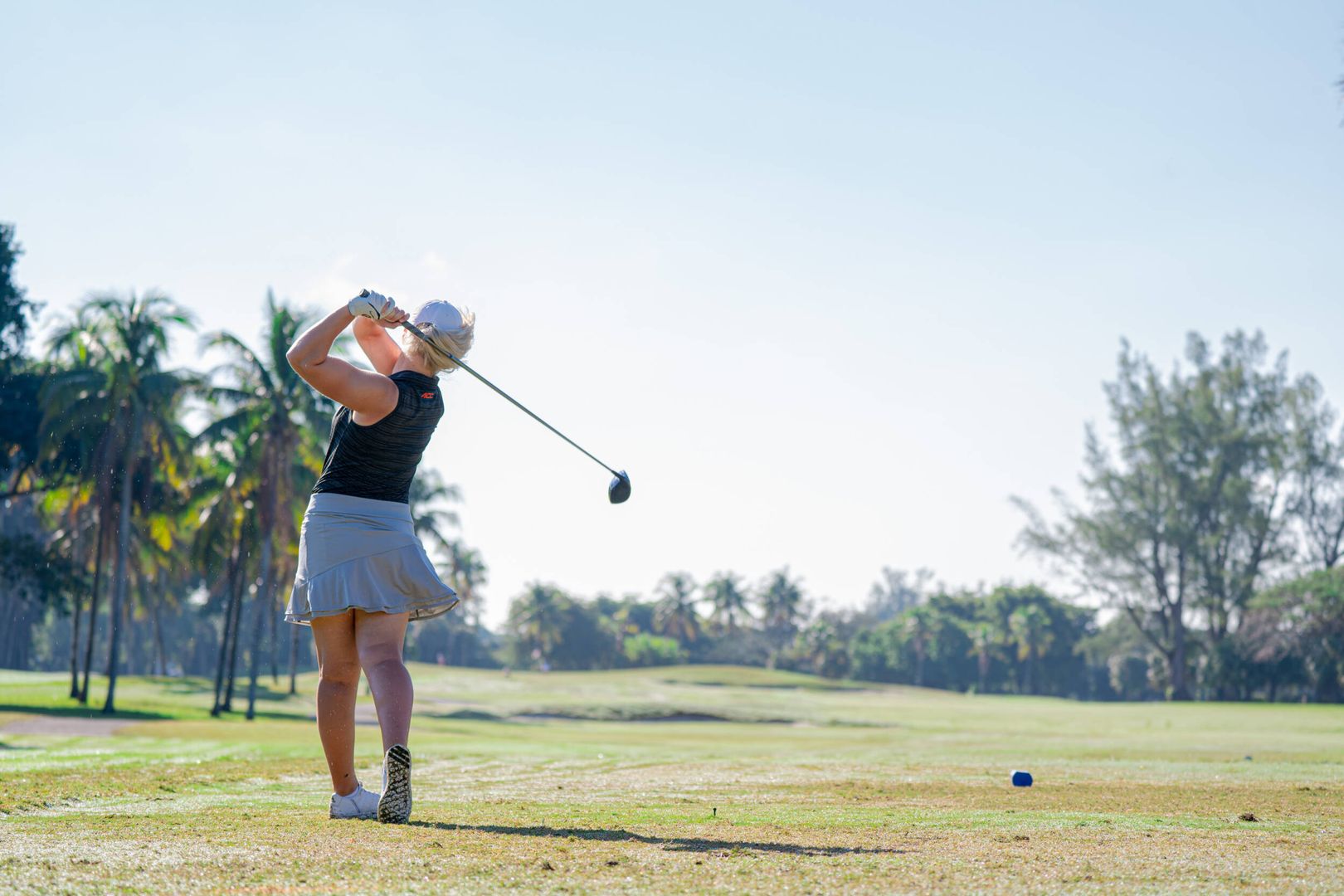 CORAL GABLES, Fla. – Renate Grimstad and Kristyna Frydlova of the University of Miami women’s golf team were selected to the 2021 Atlantic Coast Conference All-Academic Team, as announced Thursday by the league office.

Grimstad received her fourth All-Academic distinction in as many opportunities, while Frydlova picked up the honor for the third possible time.

A graduate student on the UM golf team and team captain, Grimstad earned her bachelor’s degree in sports administration with a minor in sports medicine in May 2020. The following year, she earned a master’s degree in sports administration. Boasting a perfect 4.0 GPA over the course of her graduate career, the Bergen, Norway, native garnered Graduate School Award of Academic Merit honors twice. Overall, through 10 completed semesters she made the Provost Honor Roll (minimum 3.75 GPA) six times and AD’s Honor Roll (minimum 3.2 GPA) each semester.

Grimstad is a member of the prestigious Omicron Delta Kappa National Honor Society, in addition to being named an ACC Postgraduate Scholarship Recipient in the fall of 2020 and winning the Dinah Shore Trophy Award following a historic senior campaign (spring 2020).

Equally as impressive on the green, Grimstad competed in 121 rounds as a collegian, while boasting an outstanding 73.12 scoring average. Setting the program scoring record in 2020 with a 71.00 average, she capped her senior campaign by being selected as a Second-Team All-American by the Women’s Golf Coaches Association (WGCA), becoming the 22nd player in program history to earn WGCA All-American honors.

The recipient of the 2021 Celebration of Women’s Athletics honor, Frydlova graduated in May of 2021 with a bachelor’s degree in biochemistry and nutrition, along with a double minor in chemistry and psychology.

She has made the Provost’s Honor Roll in all eight of her completed collegiate semesters, as well as earned President’s Honor Roll accolades twice. In the spring of 2020 she was tapped into the National Mortar Board Honor Society and the Omicron Delta Kappa National Honor Society, and she is a three-time WGCA All-American Scholar. Overall, she boasts a near perfect 3.907 cumulative GPA and during the summer of 2020 she was a Clinical Microbiology Laboratory Intern Assistant at Bulovka University Hospital in Prague, helping with COVID-19 testing and PCR processing.

Set to return for one final season and enroll in a master’s program, Frydlova continues to make an impact both on and off the course for the women’s golf team, with an outstanding 73.31 scoring average over her first four seasons, while participating in 90 career rounds. Considered one of the most consistent players on the golf team by both head coach Patti Rizzo and associate head coach John Koskinen, Frydlova has 11 career top-20 finishes.