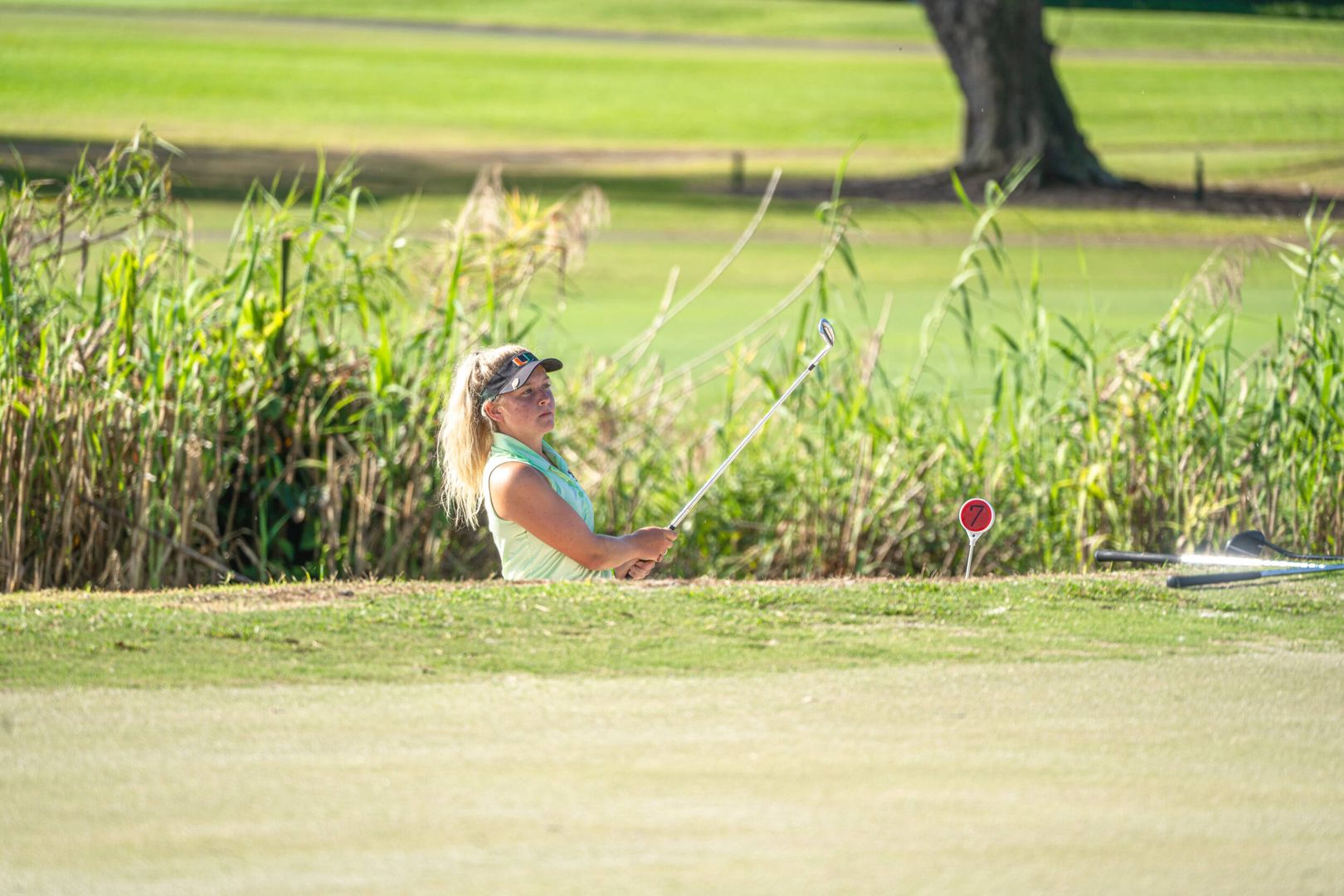 GREENSBORO, N.C. – The University of Miami golf team rounded out the ACC Women’s Golf Championship tied for eighth at 33-over, 897, as a trio of Hurricanes placed among the top-30 individuals.

“Well, it’s not what we hoped for, but without [Renate Grimstad] it’s hard to keep up with the top teams. You always need your strongest players in the lineup or it’s never as good. Hopefully Renni’s foot will heal and she can come to regionals,” Miami head coach Patti Rizzo said. “We are waiting for the day that all our plans pan out and we can actually have a team with no issues. We have a lot of talent but it’s been hard to put it all together at the same time. The moment we are able to do that, we will be awesome. Hopefully for regionals and nationals we will be stronger. I have confidence in my girls, it’s that I just need them all on top of their games at the same time, then we will be champions.”

Ranked No. 21 on golfstat.com, the Moscow native claimed her fourth-straight top-10 finish with a one-under, 215 performance over the 54-hole event.

Overall, she capped her first career ACC Championship tied for sixth, the top individual finish by a Hurricane since 2017 when Delfina Acosta placed third as a senior.

“I am proud of Nataliya,” Rizzo said. “She had a great finish as a freshman. She’s going to be a superstar one day.”

Up next for Miami will be NCAA Regionals, as the Hurricanes are looking to secure their eighth straight berth in the national event. The selection show will air April 28th on the Golf Channel.