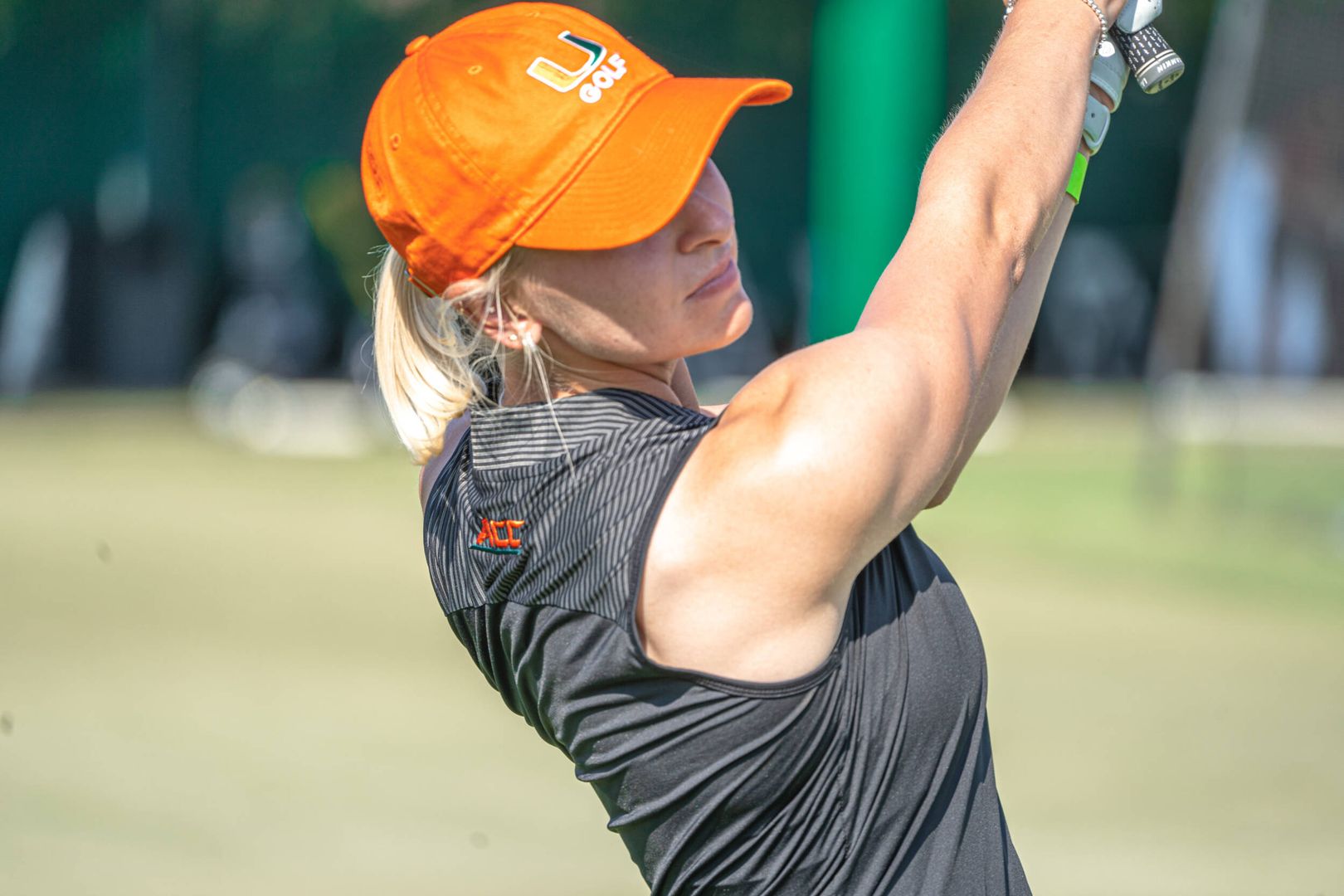 GREENSBORO, N.C. – On Thursday, the University of Miami golf team places the 2021 regular season in the rearview mirror and opens postseason action at the Sedgefield Country Club.

Ranked No. 28 in the most recent WGCA Coaches Poll, the Hurricanes enter the ACC Championship with goals of finishing among the top four in the opening three rounds and advance to Saturday’s match play competition.

Frydlova (2018, 2019) and Backman (2019) both are set to return to Sedgefield, as the Prague native placed 19th in the event as a freshman and 26th as a sophomore, while the Vääksy, Finland, native secured a top 50 finish as a freshman.

Meanwhile, due to COVID-19 canceling the 2020 season, Barrett is set to make her postseason debut, while Byrne and Guseva are looking to carry momentum from impressive starts to their young careers.

Last month, Byrne tied the program mark with the lowest round total at eight-under-par at the Briar’s Creek Invitational, while Guseva ranks No. 21 in the golfstat.com individual rankings and boasts a remarkable 71.40 scoring average.

In five events, the Moscow native has placed among the top-20 each time, while securing back-to-back top-three finishes to close out the 2021 regular season.

Heading into the ACC Championship, the quintet of student-athletes are eager to tee things off and understand the challenges they are set to face.

Hear from the players:

“I learned that our conference is very, very strong, therefore we all have to remember that every shot counts. Especially now that the format includes a match play,” Frydlova said. “I am looking forward to take up the challenge of this golf course which is definitely not easy.”

“The goal is to stay patient and play smart in the stroke play rounds and I believe if we manage to do that we can definitely make it to match play. After that, anything is possible,” Kristyna Frydlova added. 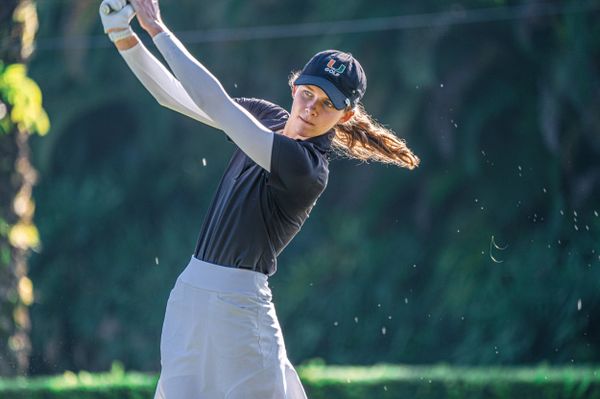 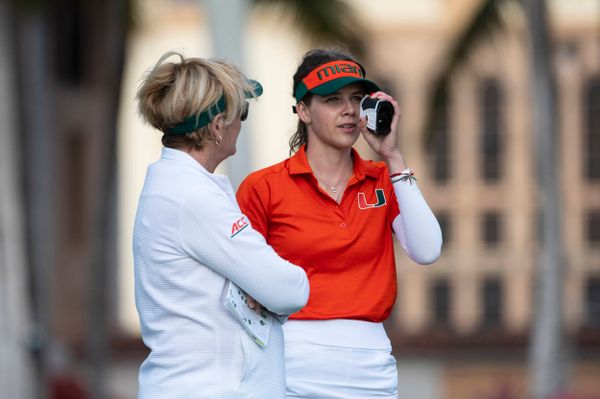 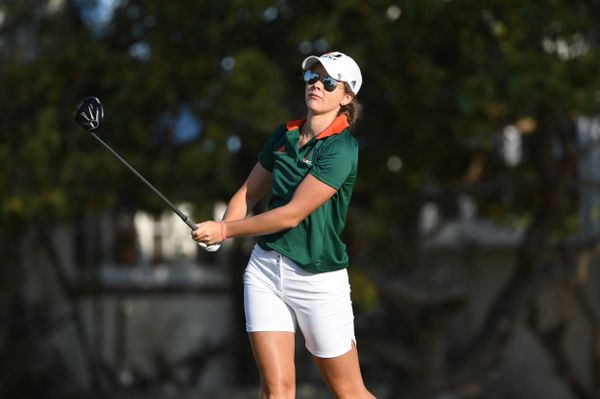 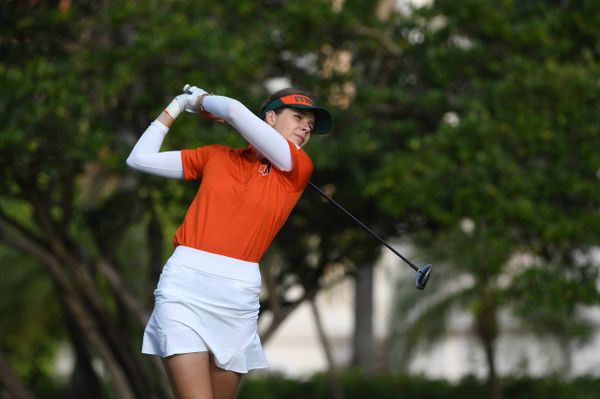 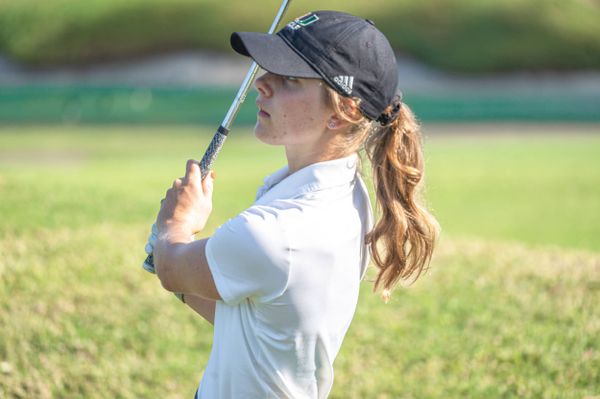 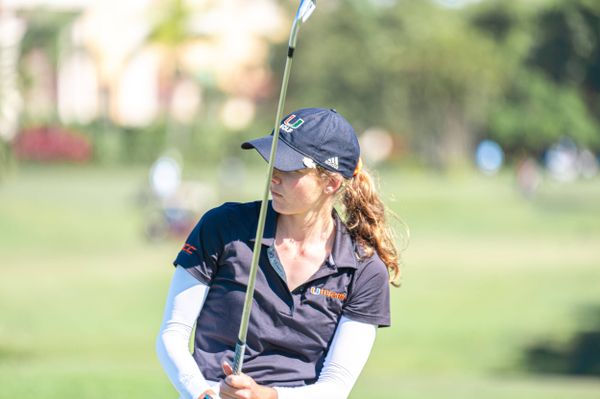 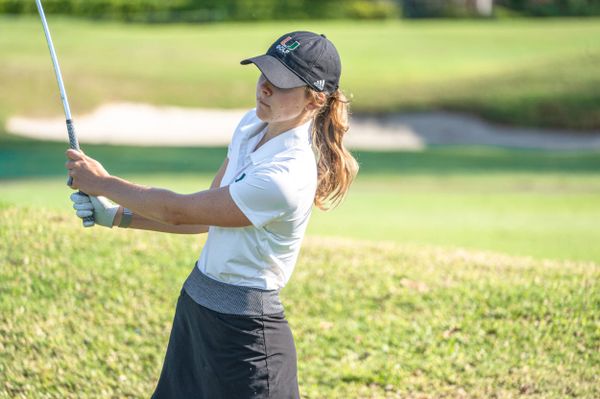 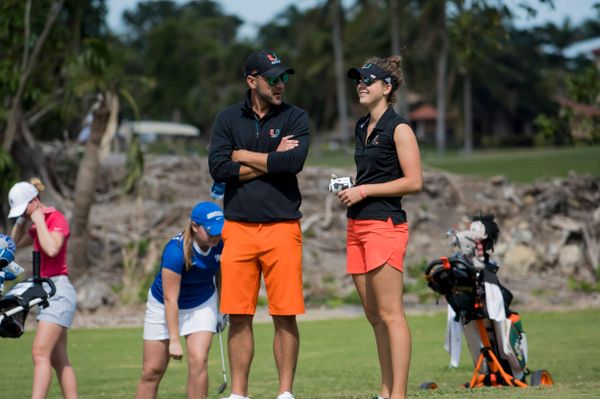 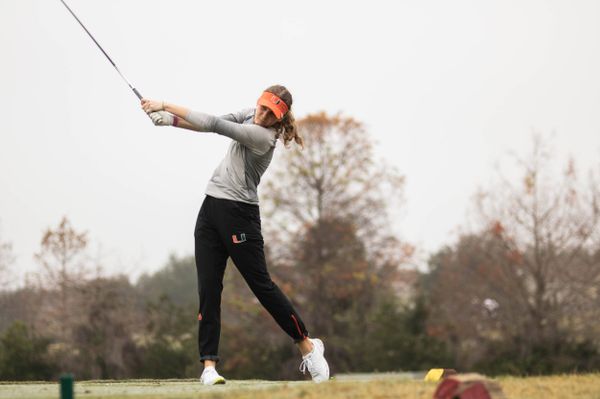 “On this course you really need to stay focused and be wise with your shots, while drives and short game, especially putting, will play a big part,” Backman said. “I’m looking forward to playing this tournament with a great field of players, while my goals are set to playing a tournament with no big mistakes. A good goal for our team this week I think would be to make it to match play. And then kill it in match play of course.

“It is really nice to be here in Greensboro. This, of course, it is my first ACC Championship and I am really looking forward to it,” Guseva said. “My goals are just to play my game. To play well, hole all my putts and be confident. If I do that, I believe big things are going to happen. I’ll just try to play my game and as a team, our main goal is to win this championship as a team.” 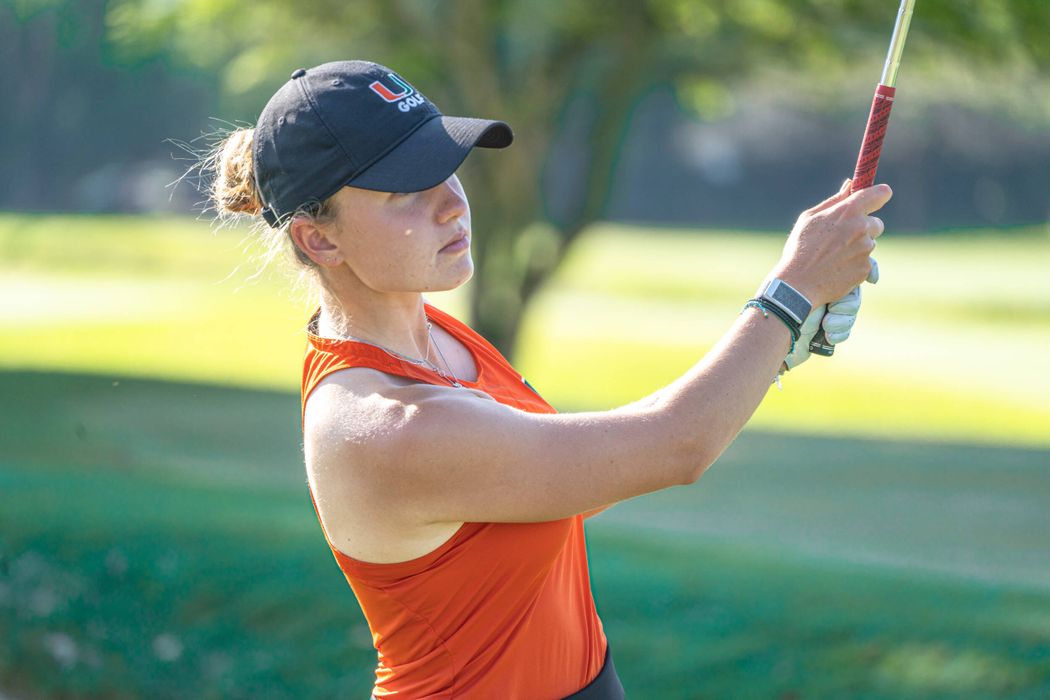 “I’m most excited for the experience and to see what kind of challenges I can overcome at this tournament, since it is different from the other tournaments,” Barrett said. “It is nice to be able to play here since COVID took that away from us last season. And [when I talked to the upperclassmen,] they just told me to stay patient since it’s a really tough course.”

“Our goals as a team are to make it to match play and then win of course,” Barrett continued. “I am sure that with our ‘A’ game that is very possible. We just need to keep our cool and show them what we got.”

“I’m really looking forward to just enjoying the experience,” Byrne said. “It’s my first ACC Championship and I really do not know what to expect, so I’m just going to go out there and have some fun. All the girls know we have the potential to do great this week so they said to just be positive, stay patient and it will come.” 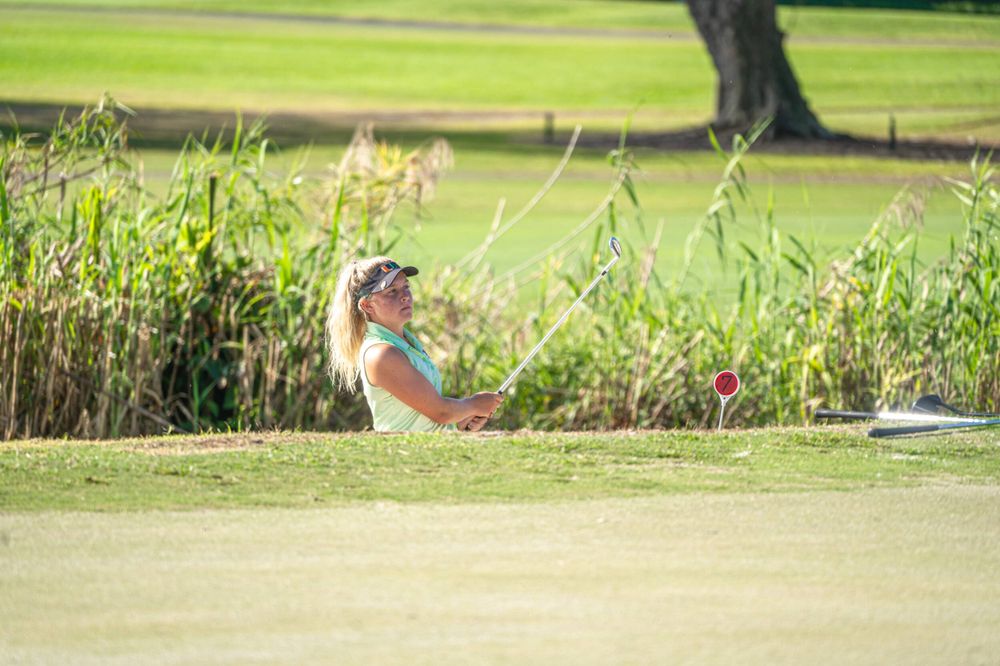 “We were playing our practice round today and I was asking Kris some questions about the course and she said, ‘Sure, this course is kind of difficult, but if you have an advantage, you should take it.’ So, that is one of the most important things,” Guseva said. “And we should just be patient on this golf course. It is kind of narrow, the greens are very tricky, and it is probably one of the most difficult greens I have ever played. So, I would just suggest to all the girls, to just be patient on the greens and I am pretty sure we will all do very well.” 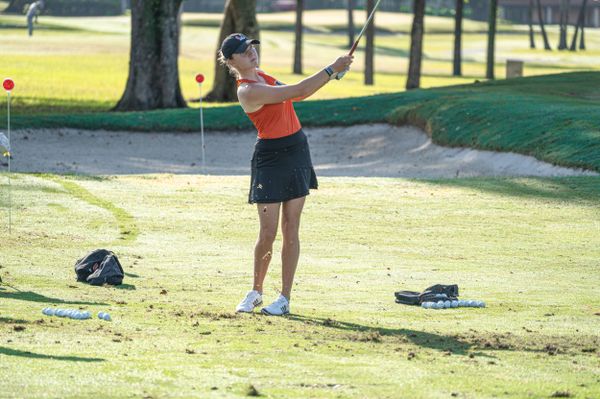 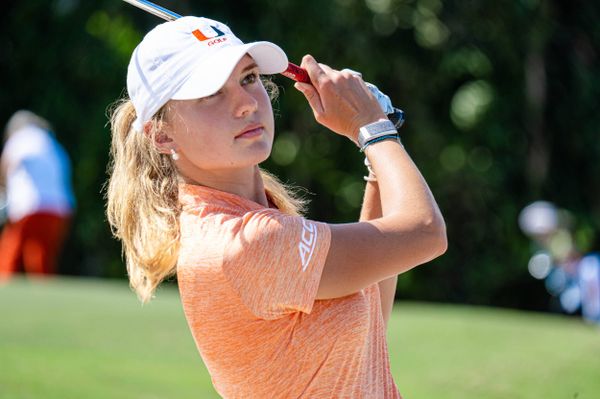 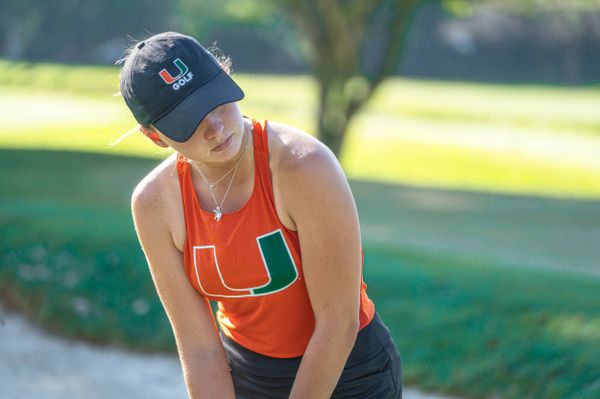 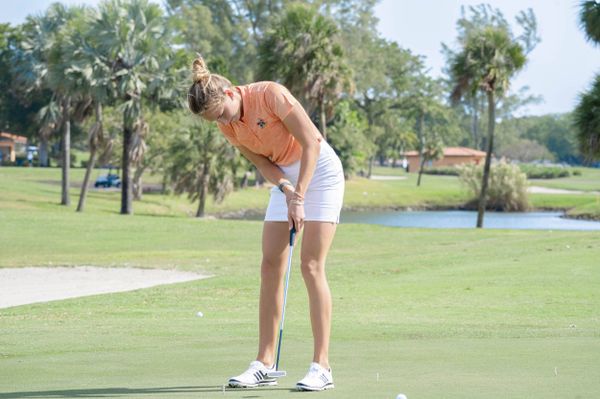 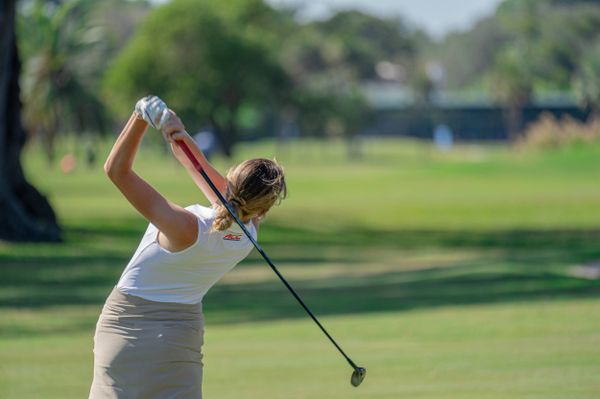 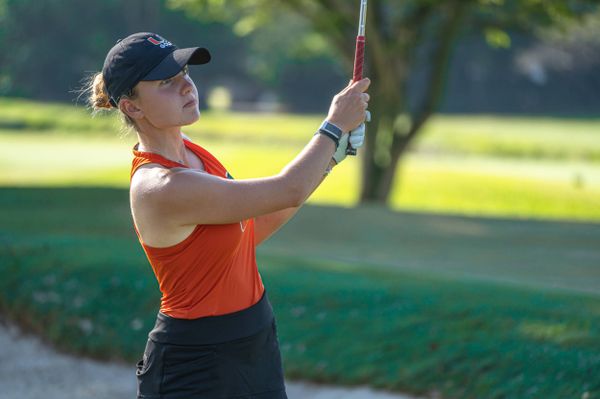 “For me, this week is a little different as I had a very different preparation than what I wanted to have since I was in isolation for the week before,” Byrne said. “My goal for this week is just to go out there and trust my game and enjoy it. As a team I know we all want to qualify among the top four and advance to match play. We all know that anything can happen in match play.”

“This is my first ACC Championship and I am going to remember it for the rest of my life,” Guseva said. “So, I just want to wish good luck to all of my teammates because I think we are ready for it and we will do great.”

A new format this season includes three rounds of stroke play on Thursday (two rounds) and Friday (one round) before match play begins on Saturday. The top four teams following stroke play will advance to match play semifinals on Saturday with the finals contested on Sunday.

Live scoring throughout the event will be accessible HERE. The official ACC women’s golf release can be found HERE.

Continuous play from first round. No re-pairing between rounds.