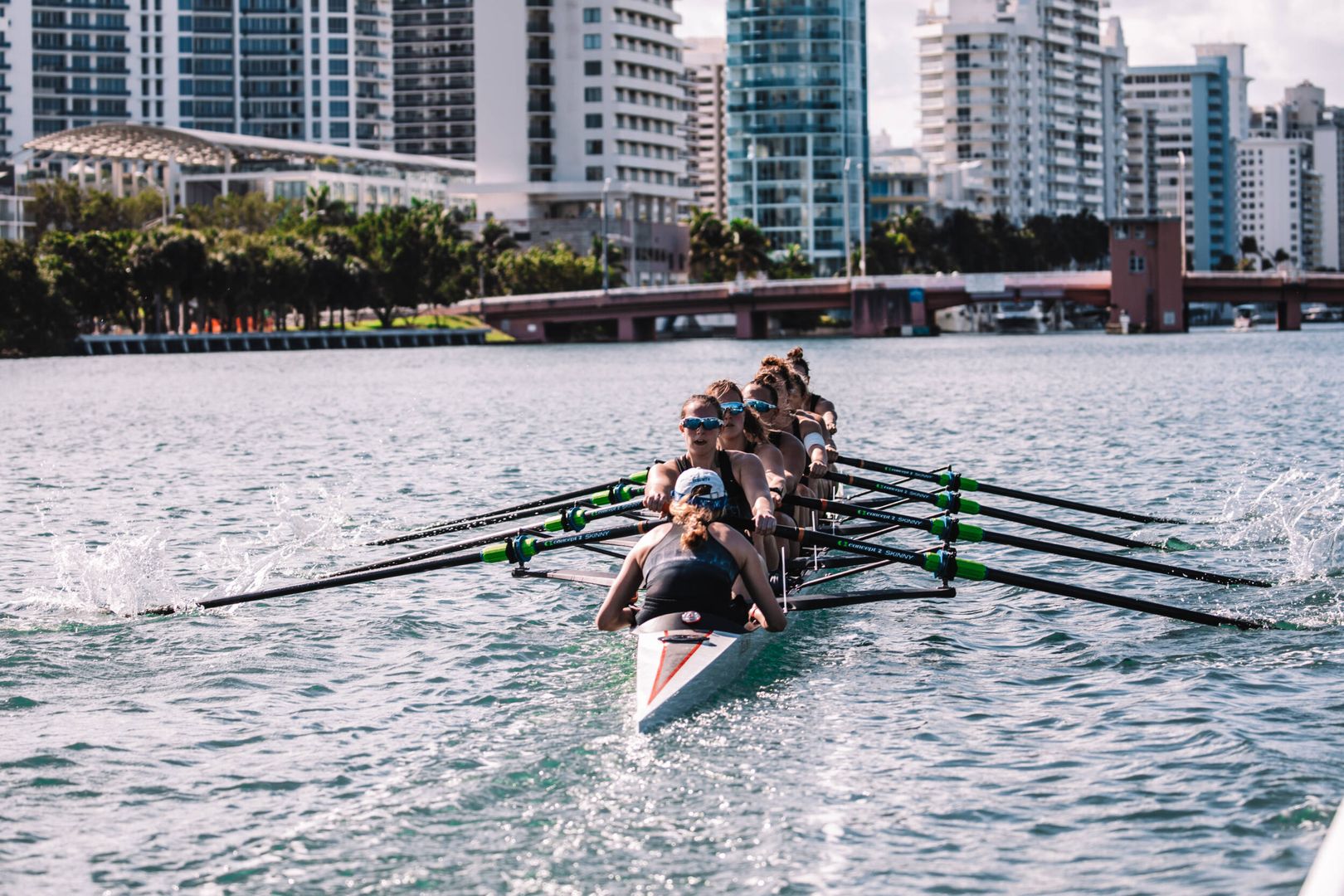 SARASOTA, Fla. – Racing got underway bright and early for the University of Miami rowing team on day two of the Sunshine State Invitational. The team stayed persistent at Nathan Benderson Park in Sarasota, Fla., tallying three third-place finishes in a field of seven teams.

“I’m pleased with the performance this weekend,” head coach Dave Sanderson said. “There were some good things learned in practice over the last week and we were able to bring that onto the racecourse this weekend.”

The varsity eight boats continued to build on their racing from the day before, persevering down the course. The 1v8 rowed away with a fourth-place finish, crossing the finish line in a time of 7:55.44. Both the 2v8 and the 3v8 took home the bronze, racing down the 2,000-meter course in 8:06.68 and 8:57.82, respectively.

“The 1v8 developed a lot from race to race,” Sanderson said. “They did a good job making adjustments between yesterday and today, so that was great to see.”

Up against seven other boats, the Miami 1v4 rowed to a fifth-place finish on Saturday, posting a time of 9:28.82. The 2v4 shaved seven seconds off its time from the day before, finishing the race in 8:57.52, good for a third-place showing.

The Canes’ next race comes on April 17, a dual against the University of Central Florida in Orlando, Fla.

“We’re excited to have a couple more weeks to train before the next race,” Sanderson said. “The reality of the situation is that we don’t have very many days left on the water between now and the ACC Championship, so it is very critical that the team is doing what they are doing right now, being persistent and making good adjustments from practice to practice.”

The Canes have two more regattas before taking the water at the ACC Championship in Clemson, S.C.