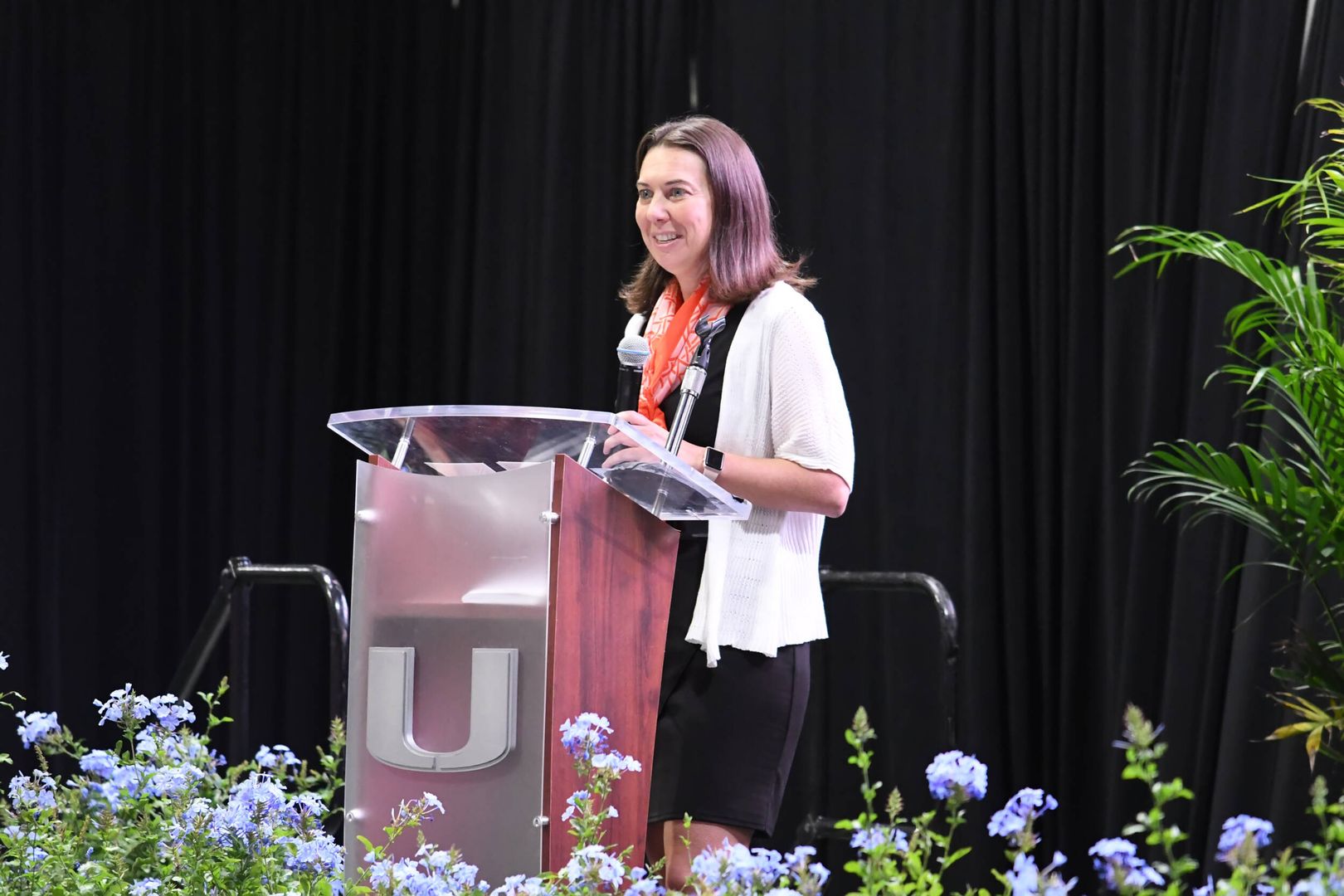 ATLANTA (March 11, 2021) — Jennifer Strawley, deputy director of athletics and chief operating officer at the University of Miami, is the 2021 WBCA Administrator of the Year, announced today by the Women’s Basketball Coaches Association.

“It is my pleasure to announce Jenn Strawley as the 2021 WBCA Administrator of the Year,” said WBCA Executive Director Danielle Donehew. “Jenn has proven herself as a trusted campus, conference, and national leader. Her intelligence and incredible capacity to serve on so many vital committees put her into a league all her own. She is on the front lines of crucial decisions facing collegiate athletics and women’s basketball, all while protecting the student-athlete experience and the profound role of the coach. The WBCA salutes Jenn’s countless efforts and determination to protect the sport of women’s basketball.” 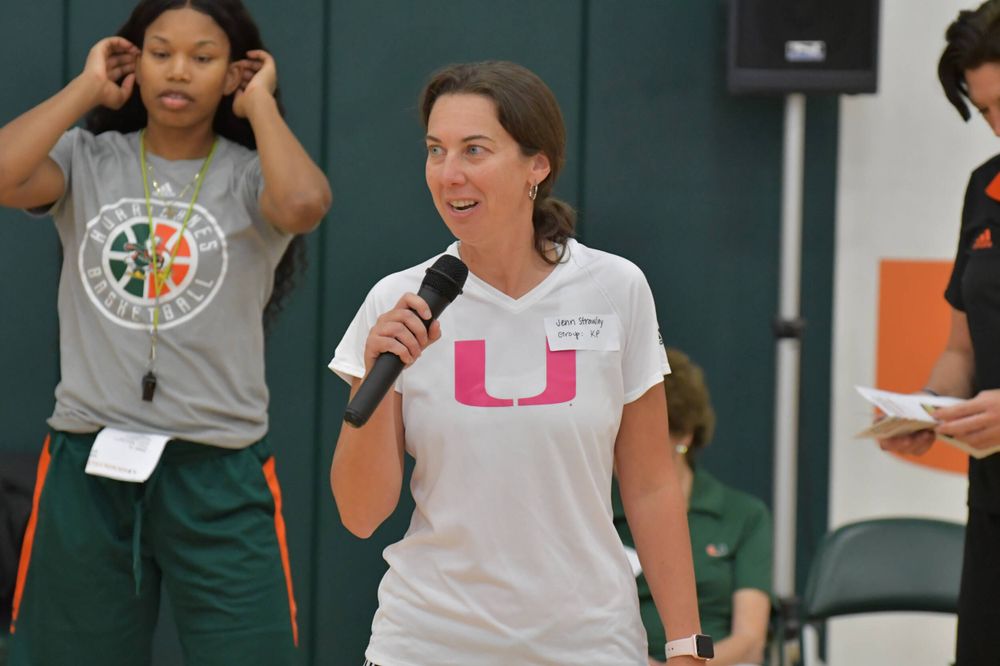 Serving as the second-in-command in the Miami athletics department, Strawley provides strategic direction for the department and assists the director of athletics with the day-to-day operations of the department. She is the sport administrator for football, women’s basketball and women’s soccer.  She oversees the areas of human resources, sport performance, academic services, gender equity and inclusion, and student-athlete development, as well as serving as the department’s senior woman administrator.

Strawley has been the Miami women’s basketball sport administrator since the 2012-13 season, assisting in the growth of the program and its commitment to the support and development of the student-athletes, coaches and staff. The Hurricanes have posted a 177-102 record over that stretch, including six NCAA Tournament appearances.

Strawley was instrumental in the development of Miami’s annual Celebration of Women’s Athletics, which recognizes the achievements of Miami’s female student-athletes and has raised more than $500,000 annually to support women’s athletics, including the two largest gifts to women’s basketball in Miami history. 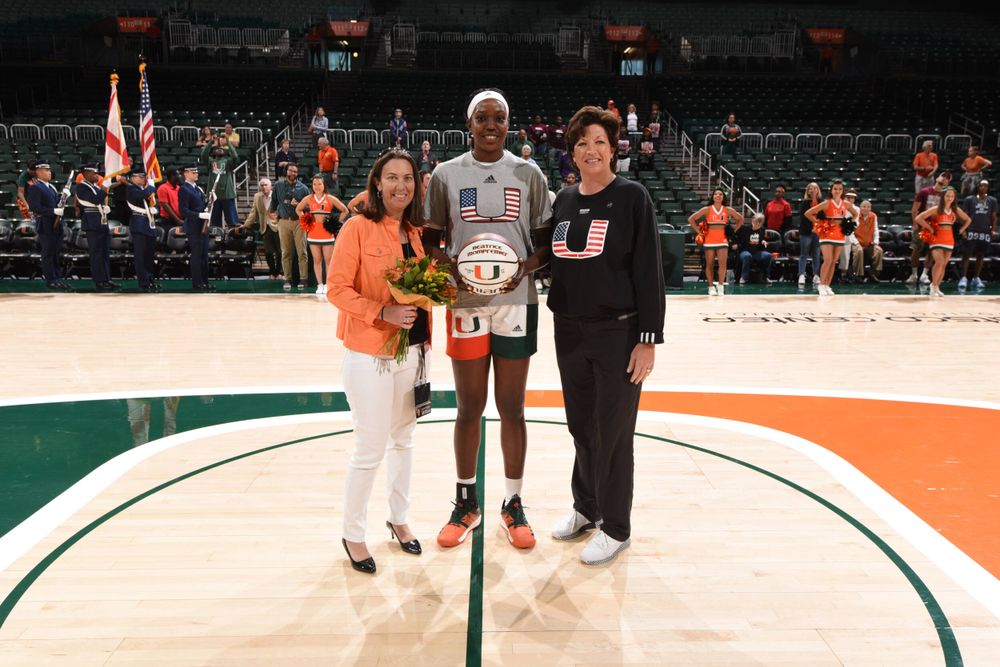 Before arriving at Miami in 2012, Strawley twice worked at the NCAA national office with a stop at Columbia University in between. She first joined the NCAA in 1998 as an enforcement services intern and advanced through the ranks to become director of membership services and student-athlete reinstatement. She left for Columbia in 2007 to become associate Athletics director for intercollegiate sport programs and senior woman administrator. She rejoined the NCAA staff in 2010 as director of academic and membership affairs.

Strawley is a 1998 graduate of the University of Pennsylvania where she earned her Bachelor of Arts degree in history. During her time at Penn, she was a two-year captain for the Quakers’ softball team. Strawley was inducted into the William Tennent (Pennsylvania) High School Athletics Hall of Fame in January 2014.

“Sport builds confidence and self-esteem for young women that shapes our next generation of leaders. To play a small role in that journey and strive to provide the best possible experience for all our student-athletes is why I work in college athletics and what fuels me each and every day,” said Strawley. “I am truly humbled to be named the WBCA Administrator of the Year and express my sincere thanks to the executive committee at the WBCA. I feel blessed every day to work with such amazing student-athletes, coaches and administrators at the University of Miami.”

The WBCA Administrator of the Year award was first presented in 1985.

About the WBCA
Founded in 1981, the Women’s Basketball Coaches Association is the professional association for coaches of women’s and girls’ basketball at all levels of competition. The WBCA offers educational resources that coaches need to help make themselves better leaders, teachers and mentors to their players; provides opportunities for coaches to connect with peers in the profession; serves as the unifying voice of a diverse community of coaches to the organizations that control the game; and celebrates those coaches, players and other individuals who excel each year and contribute to the advancement of the sport. Visit WBCA.org for more details about the Association.