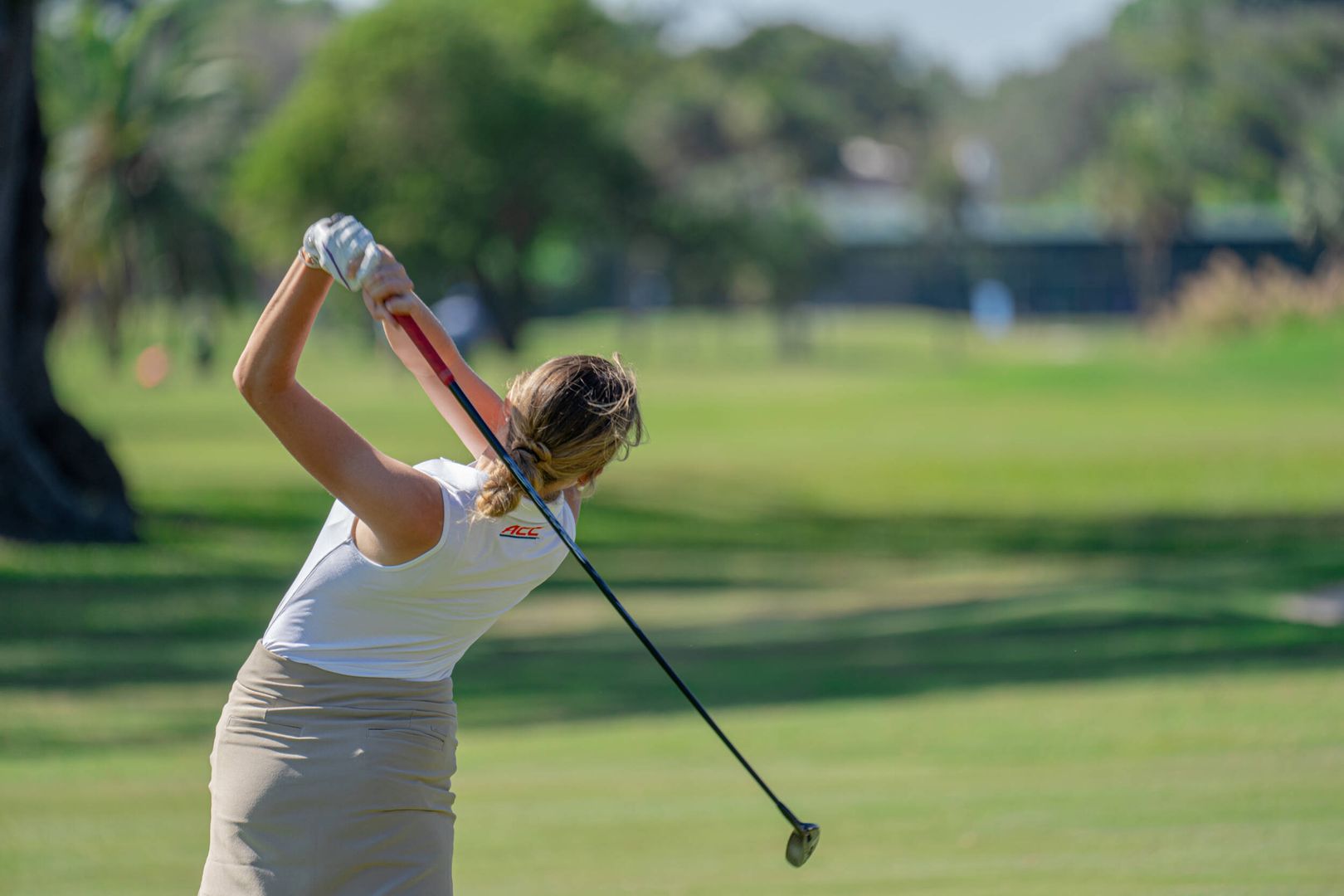 Back Within Striking Distance

GAINESVILLE, Fla. – The No. 15/16 University of Miami golf team returned to form Monday at the Gators Invitational and have moved within just five strokes of the tournament leader No. 4/5 Ole Miss (12-over, 572).

Entering the day tied for eighth at 16-over-par, the Hurricanes rose four spots up the team leaderboard, after carding a one-over, 281 in the second round at the par-70, 6,002-yard Mark Bostick Golf Club.

Individually, freshman Nataliya Guseva soared up eight positions and enters the final 18 just one stroke back on the leaders.

“The team did much better today, but they can still be so much better,” Miami head coach Patti Rizzo said. “Excited to be within striking distance.

“As for Nat, she played awesome,” Rizzo added. “She is one of those special players that every coach wishes they had.”

After rebounding from a slow start on Sunday, carding three-over on the front-nine, Guseva has caught fire in Gainesville with eight birdies and scoring four-under-par over the next 27.

On Monday, the Moscow native registered a pair of birdies on the 10th and 11th holes to sit at even-par through the opening 11 holes of the second round.

Sitting five strokes back on the leaders heading into the turn back to the first hole, she tallied four consecutive birdies on the 2nd, 3rd, 4th and 5th holes to finish three-under, 67 on the day.

Ranked among the top-20 individuals heading into the final round, Renate Grimstad started and finished strong on Tuesday to score one-under, 69 in the second round.

Teeing off on the ninth hole, Grimstad registered birdies on the 10th, 11th and 12th holes to move to three-under early Monday morning.

After moving back to one-over-par, the Bergen, Norway, native carded three birdies over the final five holes and enters the final round tied for 17th at four-over, 144.

Making her season debut in Gainesville, Daniella Barrett tallied a pair of birdies on Monday and enters the final round tied for 33rd at seven-over-par.

Rounding out the Hurricanes lineup, Kristyna Frydlova shot four-over in the second round and sits in a tie for 36th at 8-over-par, while Franziiska Sliper rebounded from a slow start on Sunday with a three-over, 73 second round tally. Overall, the sophomore enters the final day at 14-over and tied for 63rd.

The final 18 holes are set to tee off Tuesday at 8:45 a.m., with the Hurricanes playing alongside student-athletes from Florida and Alabama.