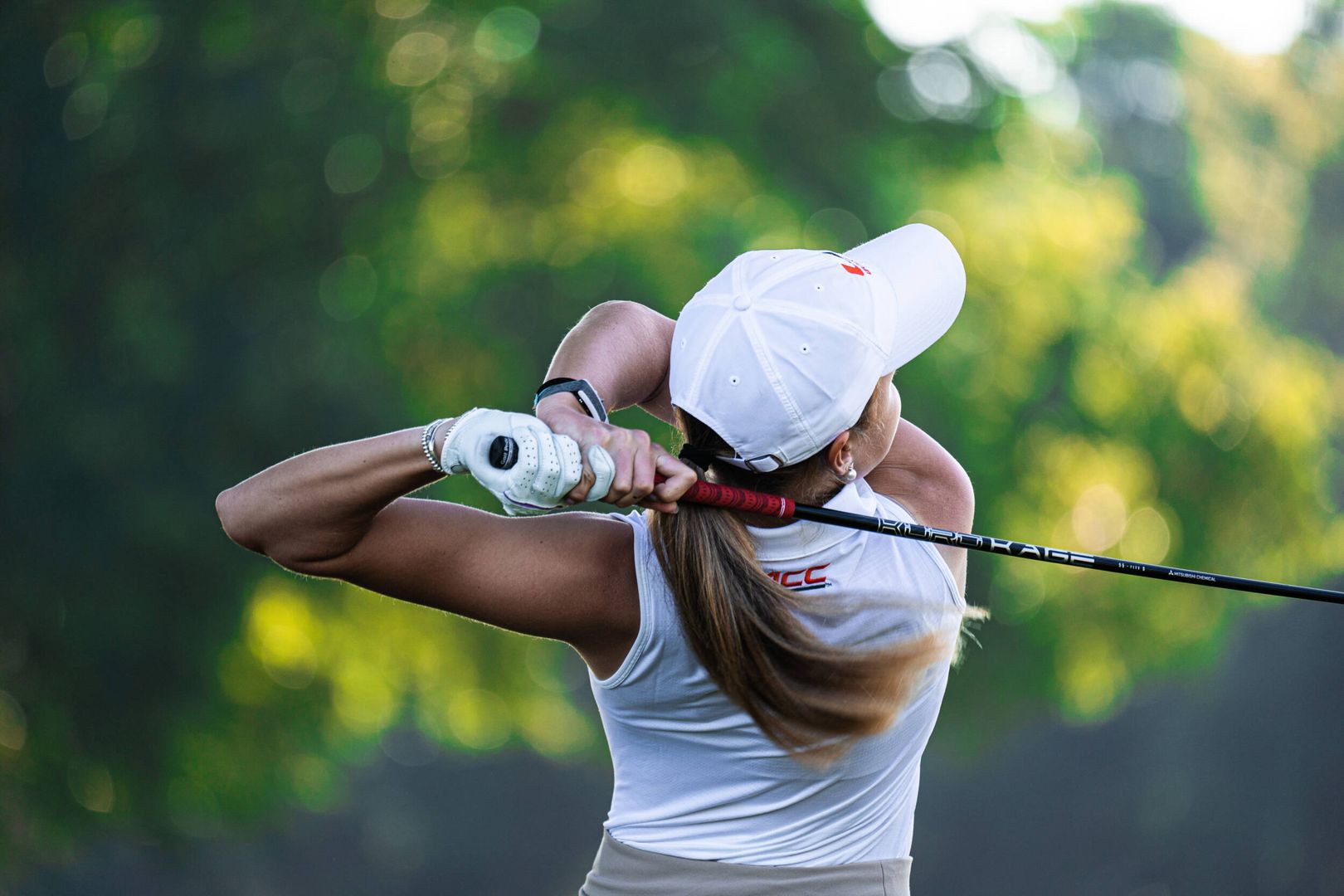 MELBOURNE, Fla. – The University of Miami golf team wrapped up play at the Moon Golf Invitational Tuesday afternoon, finishing in a tie for 11th at eight-over, 872.

“As a team we are disappointed with the results this week. Not sure why, but we struggled with the greens all week,” Miami head coach Patti Rizzo said. “We got fortunate with the weather, as it wasn’t bad at all. It was windy, but we were fortunate to avoid the rain. We will have to regroup and get ready for this week’s tournament.”

Entering the day ranked among the top-20 individuals at one-under-par, freshman Nataliya Guseva got off to a fast start with a pair of birdies on the ninth and 10th holes.

Overall, the Moscow native carded four birdies and finished one-under, 71 on the day and placed 11th with a three-day total of two-under-par.

Looking to make a run up the leaderboard, Renate Grimstad quickly moved to two-under-par through the first five holes, registering a birdie and an eagle on the 10th and 11th holes, respectively. Overall, the senior finished the week tied for 31st at two-over, 218.

Scoring seven-over-par in the opening round, Kristyna Frydlova rebounded to shoot one-under, 143 over the final 36. As a result, she placed 55th among individuals with a six-over, 222.

In less than a week, Miami will be back in action for the Florida Gators Invitational in Gainesville, Fla. Set to play in her first tournament of the 2021 campaign, Daniella Barrett will join Frydlova, Grimstad, Guseva and Sliper at the Mark Bostick Golf Course.