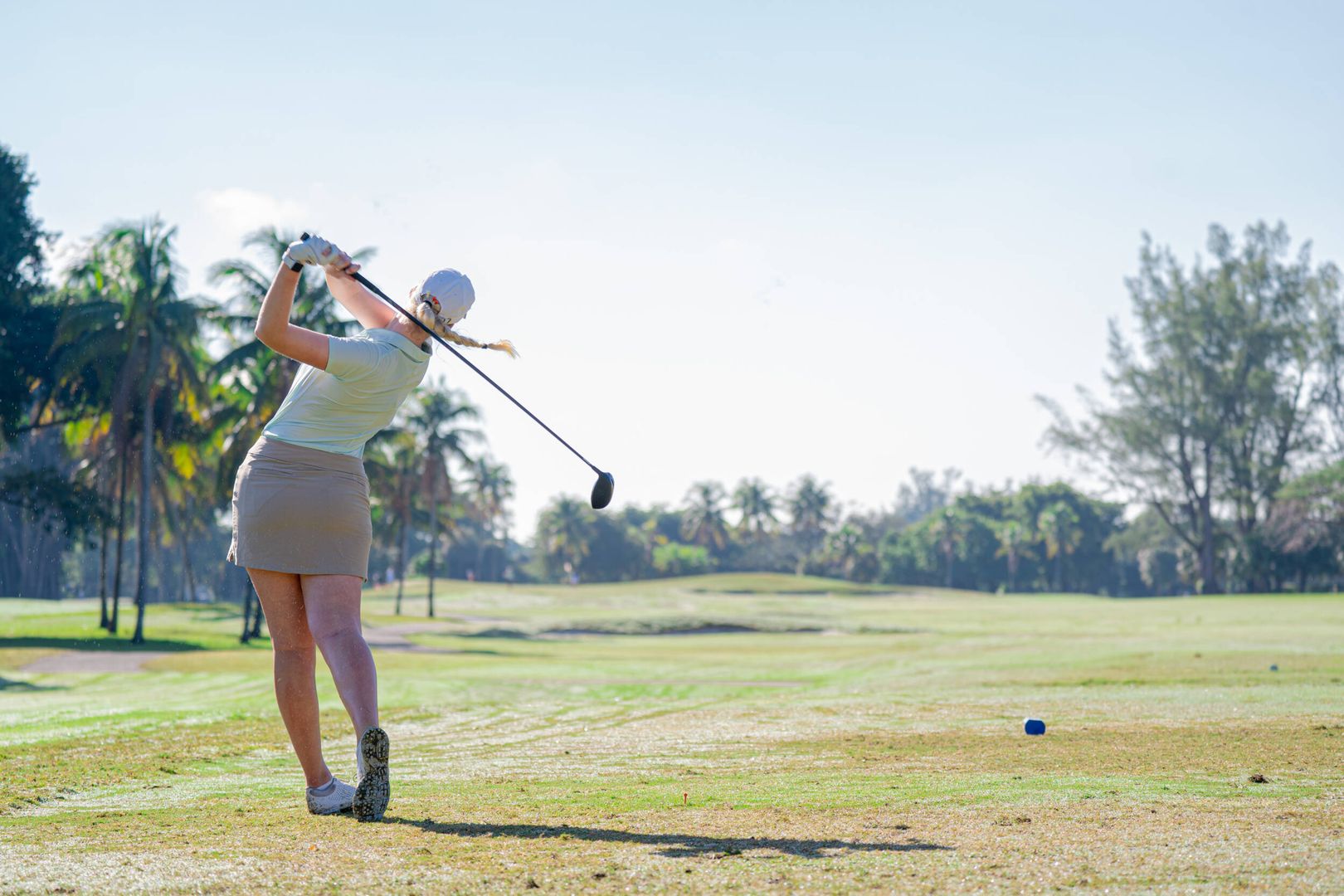 ORLANDO, Fla. – Once again facing heavy winds and cool temperatures for the final round of competition, the University of Miami golf team made a final push up the leaderboard Tuesday at the UCF Challenge.

Entering the day tied for fifth with seventh-ranked Arkansas, the Hurricanes combined to card 16 birdies over the final 18 holes and finished four-over, 292, to outduel the Razorbacks, along with passing Kent State and Houston in the standings.

“We are very satisfied with third place,” Miami head coach Patti Rizzo said. “It was a very strong field, so it was a good finish for us. The team hung in there really well today, as it was another super difficult day. When the wind blows that hard and it’s cold out, that is a very difficult golf course. We kept up with the best of them, so it’s a good sign for the next few tournaments to come. I think this team is really awesome.”

Despite her collegiate inexperience, freshman Nataliya Guseva paced the Hurricanes on Tuesday. After an early bogey on the second hole, the 2021 January enrollee collected five birdies on the fifth, seventh, ninth, 10th and 11th holes to move to four-under-par through 13.

After returning to one-under, the Moscow native capped the event with her sixth third-round birdie and finished two-under, 70. Overall, Guseva rounded out the tournament with a top-20 finish (219, t19th).

On Tuesday, the Stavanger, Norway, native added four birdies to her team-leading total of 13 through the 54-hole event. As a result, she finished just behind Houston’s Karen Fredgaard’s 15 birdie total.

The fourth Hurricane to finish among the top 20, fellow freshman Sara Byrne matched Guseva’s three-day total at three-over-par, capping the final round with four birdies.

Rounding out the Hurricanes lineup, senior Renate Grimstad finished tied for 28th with a four-over-par performance.

Up next for Miami, it will return to competition Feb. 15-16 at the Duran Golf Club in Viera, Fla., to take part in the Moon Golf Invitational.