The origins of the Miami rowing team dates back to 1986, with a team composed of both men’s and women’s student-athletes. The team was started by Joe “Okie” O’Connor, who built the team from the ground up. O’Connor would go on to be named the Southeast Collegiate Coach of the Year in 1993.

Miami took one step closer to becoming a NCAA varsity sport with the opening of the Ronald W. Shane Watersports Center in October 1993. The Shane Center is located on the east bank of the Indian Creek, in the heart of Miami Beach.

In 1996, the NCAA officially recognized rowing as a varsity sport, ushering in a new era of Miami rowing. With the new era came one of the greatest rowers in UM history, Aisha Chow.

Chow came to Miami on an academic scholarship before trying out rowing as a novice in 1995. Quickly moving up the ranks to the top varsity boat as a freshman, Chow made an immediate impact on the team. During her junior season, Chow was part of a varsity eight boat that won the title at the Southern Intercollegiate Rowing Association championship in 1998.

In 2016, Chow made history when she became the first rower from Trinidad and Tobago to compete at the Olympics. 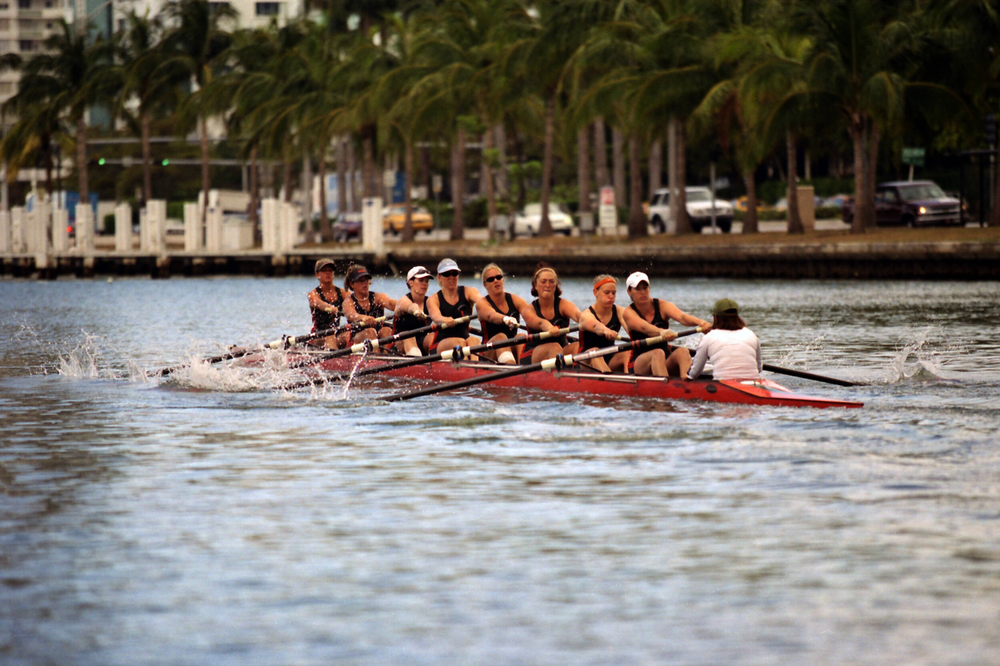 A member of the BIG EAST conference from 1996-2004, Miami continued to flourish on and off the water. In 2002, Monika Manios was named the BIG EAST Female Scholar Athlete of the Year.

The Canes posted a second place showing at the 2004 BIG EAST Championship, marking the best finish in school history. Following the season, Jenny Krawec was named to the CRCA All-America Second Team, while Rachel Clausing earned a spot on the CRCA All-South Region Team.

Ahead of the 2004-05 season, Miami made the transition to the tradition-rich Atlantic Coast Conference. In their first season in the league, the Canes placed 11 rowers on the ACCC Academic Honor Roll and were awarded the ACC Spring Sportsmanship award. Sophomore Sarah Conlon was also named an All-ACC selection.

The following season, Miami finished in third with 34 points at the ACC Rowing Championships, while Rachel Clausing and Laura Coltman were named to the All-ACC team. Both rowers also made the cut for the inaugural All-ACC Academic Rowing Team. 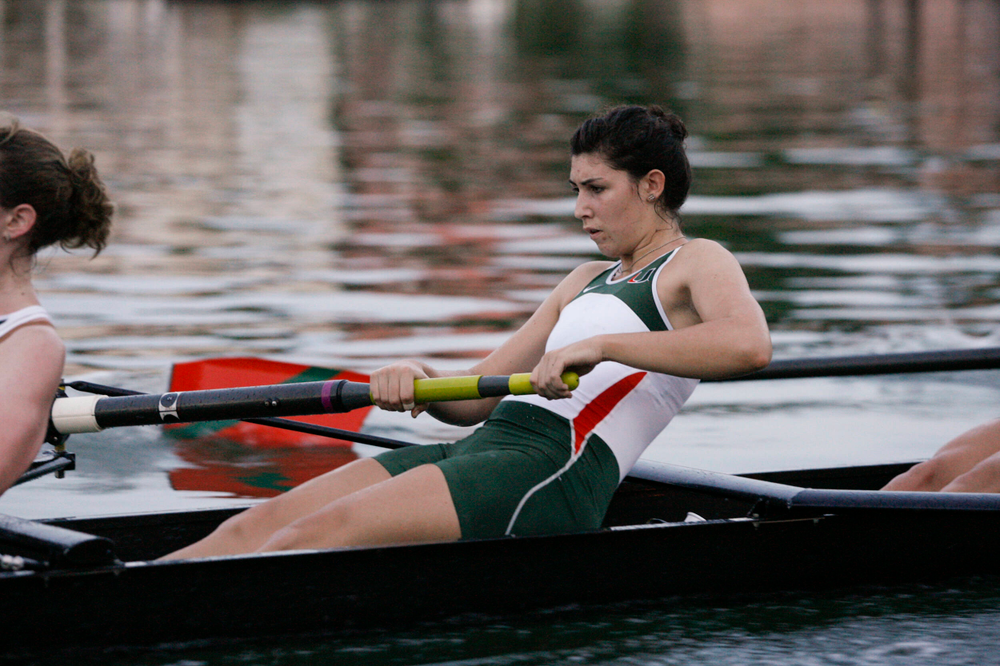 In 2008, Laura Cordner became the second Cane in program history to be tabbed a CRCA Division I All-American (second team). She was a three-time All-ACC selection and made an appearance on the ACC All-Academic Team in her final three seasons with the Canes, as well.

Current head coach Dave Sanderson was hired in September of 2013, returning to UM after spending six years as the head coach at Barry University. Sanderson was a Miami assistant coach during the 2006-07 under Debra Morgan.

From 2013 to 2015, the Atlantic Coast Conference expanded to nine teams. Despite the expansion, the Canes still placed a rower on the All-ACC Second Team each year in Sanderson’s tenure.

While the Canes finished ninth at the 2017 ACC Championships, Miami has steadily climbed the ladder over the last few years, finishing tied for seventh in 2019. Additionally, the Canes have placed at least three rowers on the ACC All-Academic Team each season over the last six years.

The 2019-20 season was unlike any other in program history, ending before it even began due to the COVID-19 pandemic. Despite the loss of the season, the Canes made significant strides during 2020, ones that they are ready to show off in 2021.