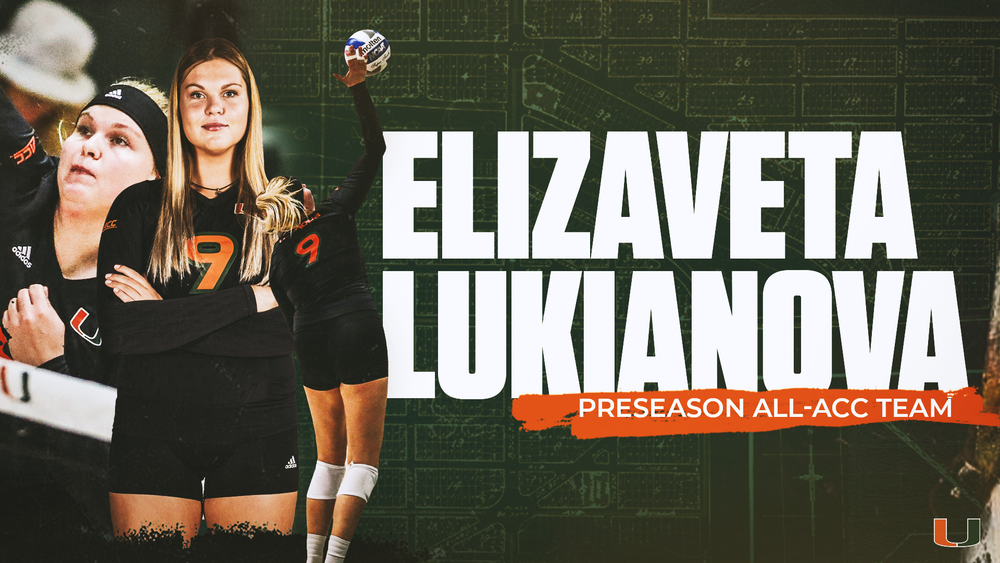 The redshirt senior finished the 2019 season with the third-most kills on the team with 302 and a team-leading attack percentage of .273. Her dominant performance on offense led her to a second consecutive Second Team All-ACC selection.

Lukianova finished with a career season-high 71 total blocks and led the Canes in kills 11 times, as well as blocks six times. She boasted career highs in both categories with 24 kills against Boston College and six blocks, a feat she’s recorded four times, against Louisville.

The ACC also announced the 2020 ACC Volleyball Preseason Coaches Poll, in which Miami was selected to finish tied for eighth with Boston College, tallying 89 points.